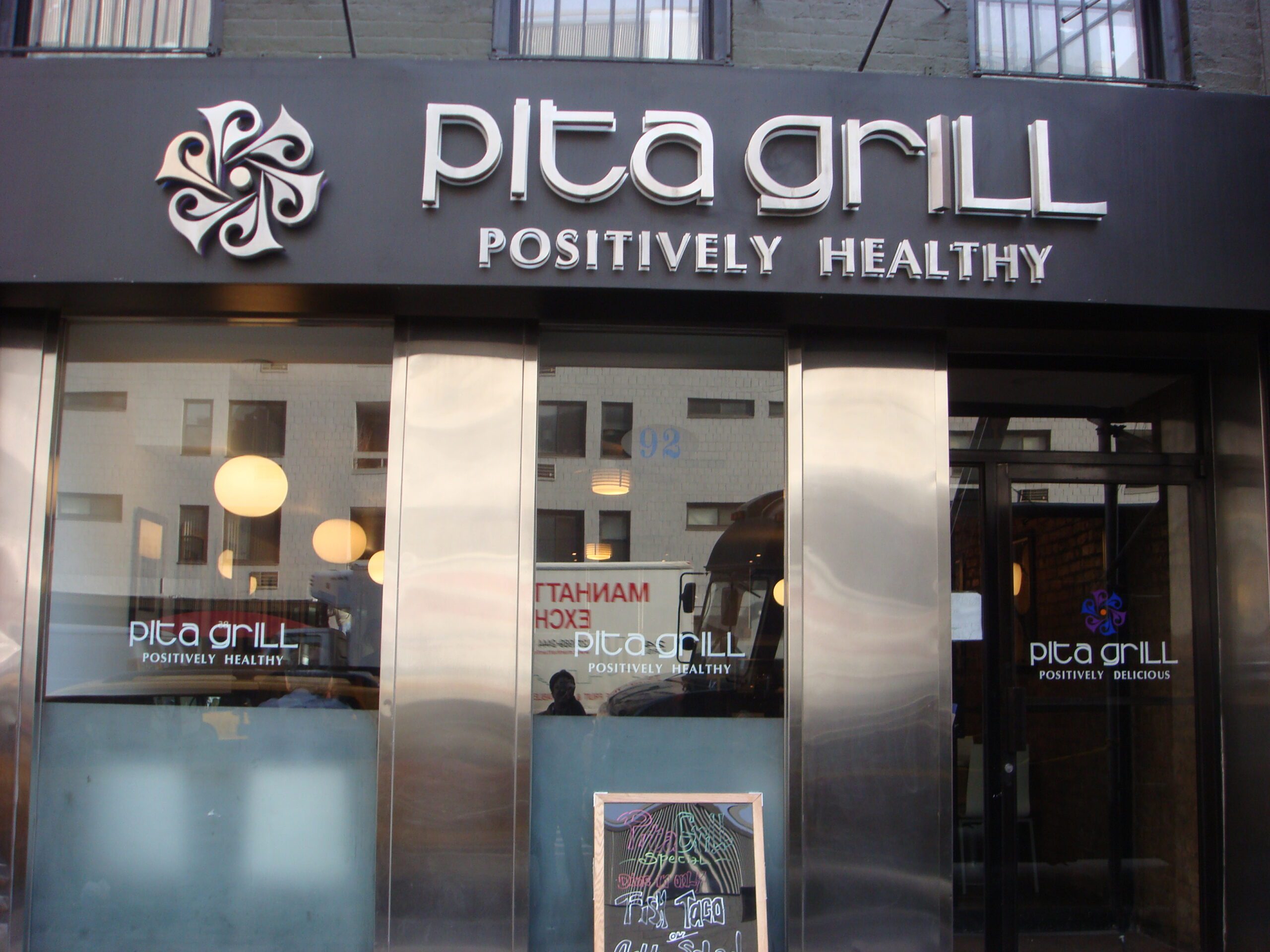 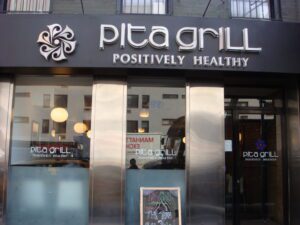 It had been quite a while since I’d been to a Pita Grill when I sauntered through the door with a couple co-workers. This would also mark the first time I had ever sat down and ordered a to-stay meal from one of these joints. Years and years ago I used to eat at a Greenwich Village Pita Grill at least a couple times a week, but I think that location is long gone–or was never a Pita Grill to begin with. There was something tantalizing about the way they made their almost crunchy chicken and topped it with a grainy tahini sauce. It was a cacophony of textures, and the pita was stuffed to the brim. Granted, this was back in the day when my exposure to Middle Eastern food was limited to a trip to Israel when I was a young teenager during which I ate nothing but pizza, hamburgers and pita bread. So my culinary exposure was minimal. And maybe history has made it brighter than it truly was, as the chicken whatever at this location was serviceable at best, and certainly couldn’t qualify as a full meal anywhere outside of an episode of The Biggest Loser. And while it’s certainly true that I am a gluttonous American, used to a foot long sandwich, all-you-can-eat, half-pound burgers, biggie this and super-sized that, I still like to get something for my hard-earned duckets that doesn’t feel as if they just found it lying in the drip pan of an empty shawarma cooking spit thing. It’s not to say the little morsels weren’t tasty, and the carrot tahini always adds a little flavor, but it left me wanting more of this quasi food group to stuff down my gullet. Now that I’m more in tune with the palate and world cuisine, I must say that this bizarro souvlaki/shawarma/gyro concoction is like no other grub you’ll get anywhere, and like the mysterious Chalupa and White Castle’s chicken rings, really has to be eaten to be believed. Crazy talk, I know. [MF]