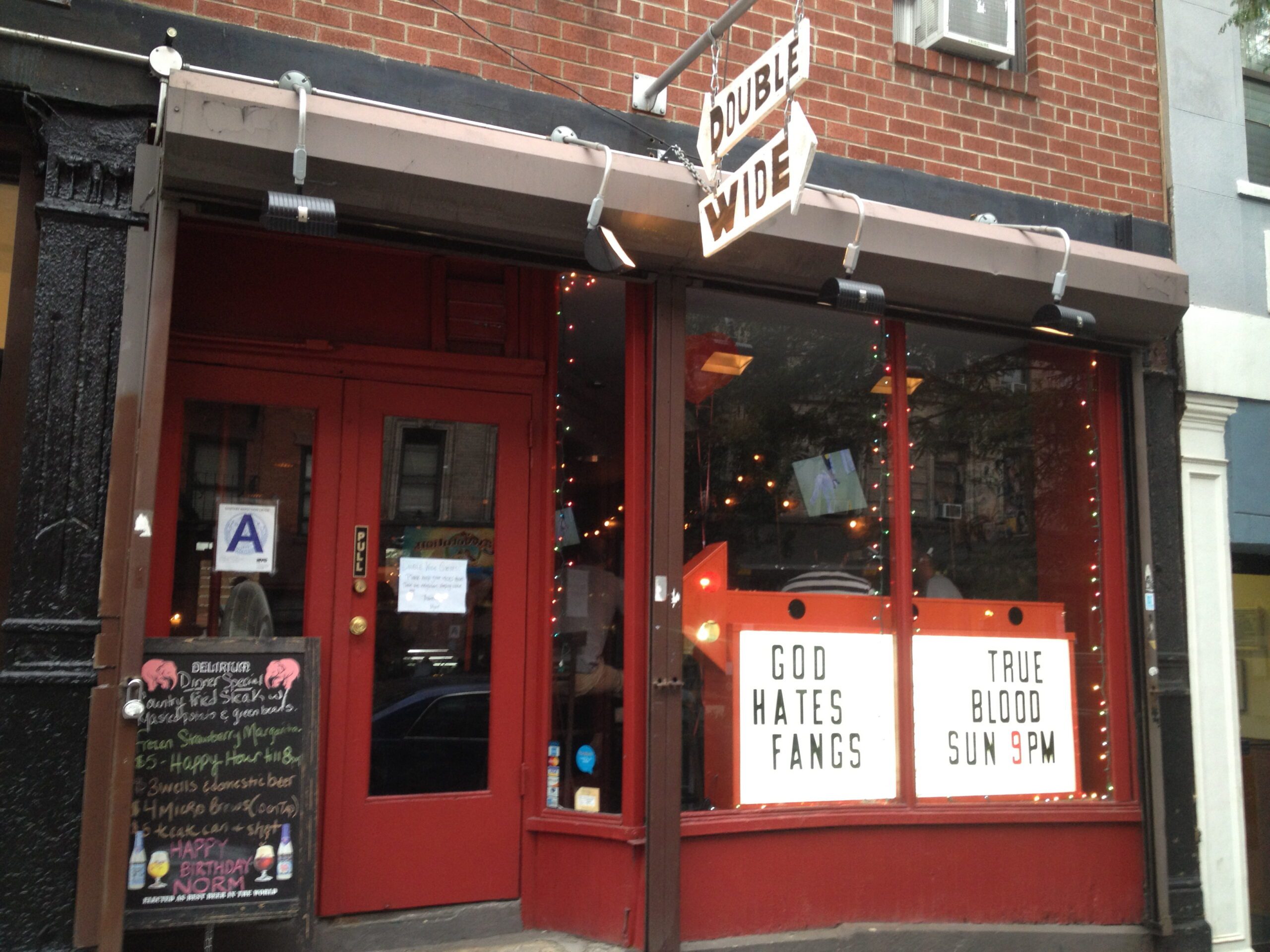 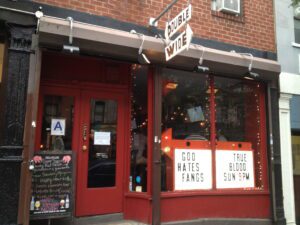 I didn’t have high hopes for this bar when I approached its True Blood-lovin’ confines, but what I found inside certainly didn’t align with what I saw outside. Now, we all pretty much know True Bloodis a horrendous shitshow, but apparently they think its redneck-y thing fits with their trailer park theme and in thinking so host viewing parties (or at least did back when I walked in). So I somehow expected this East Village joint to mimic an Airstream or a Winnebago or something. But instead I found some shorthaired dudes in khakis and some women in sensible sweaters. Dorks, really. Do people still use the word dork? Maybe it was the fact it was still light outside and the place hadn’t truly released its mojo or hit its stride or whatever (maybe that’s when the vampires come out), but I was really disappointed with the generic quality of the bar itself. It could have been any place not white trash themed or in the East Village or in NYC for that matter. I know this isn’t a fair criticism, as there are hundreds of bars in the city that fit this bill, but the whole thing just left me feeling let down and kinda hoping a day-walking fangbanger might swoop in and make some shiz happen.