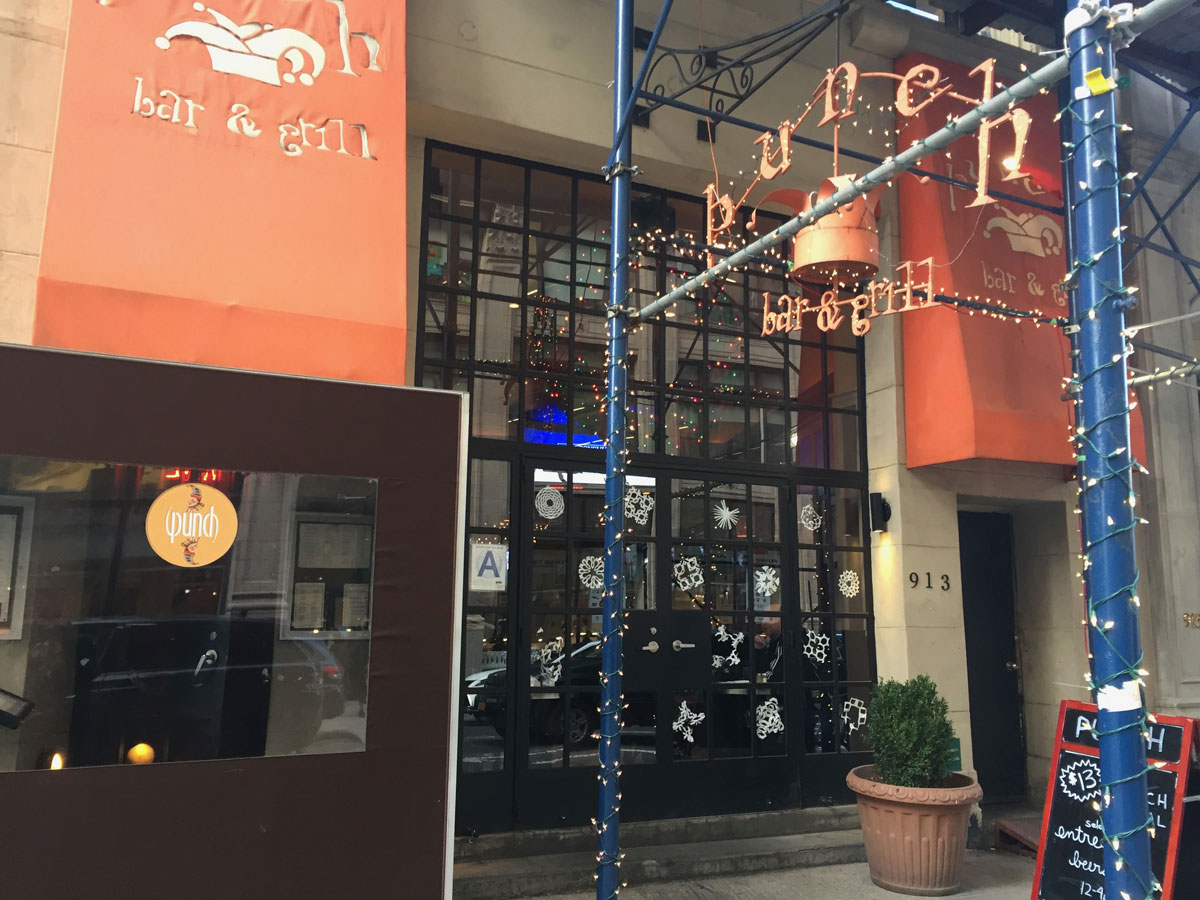 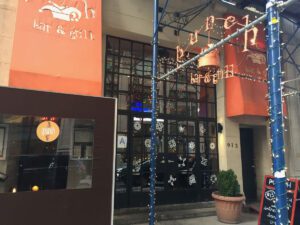 Oooh, I love clowns! Not really. Unfortunately for 99% of the population, there is nothing more repulsive than clowns–and the French. Punch combines the two in a sort of strange jester, French/Asian vibe. Then there’s the strange little restaurant that seems to have enough space for about eight skinny people. The food is a sort of a French/Asian mix, with Asian appetizers and French steaks. The whole thing has a very delicate, fey feeling about it. Then you pay your bill and head upstairs to the bar. My god, that’s where all the black mock turtlenecks and giant gold crosses went–not to mention the cheap Aramis cologne! Eeek, slip on shoes. And then there’s the whole spinning zeppelin thing going on. These giant blimps spin like ceiling fan blades, which would really make you sick if they actually bothered to put any alcohol in the over-priced drinks. The whole place, restaurant and bar included, has an air of freakishness about it. Punch is certainly not a joint I would rush out to again, but for the accident-curiosity effect of it all. [MF]