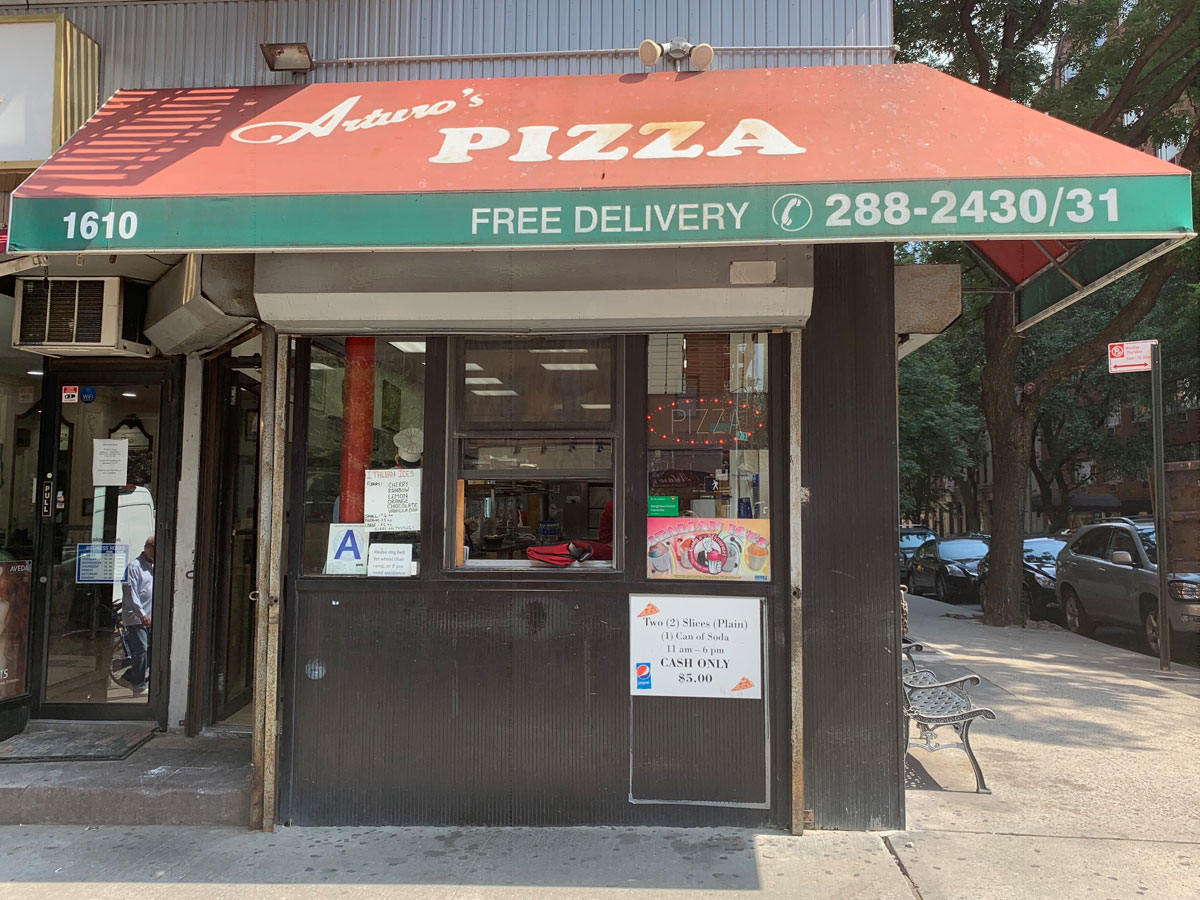 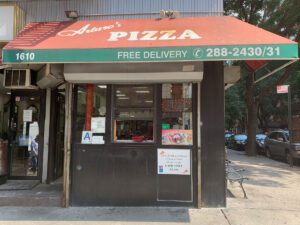 The year was 1995. I was living on 85th Street between York and East End. A quiet block. A very quiet block. But one with a very special secret on its corner. Arturo’s Pizza.

Why, you ask, would this dusty, little pizza joint be so special? Only because it saved my life! No, seriously, I was working for a dude who made us get to the office at 7AM. And leave the office at 11PM. And make many, many visits to the office and his hotel room at all hours of the night.

I lost a good thirty pounds working for him (weight I couldn’t afford to lose) because we weren’t allowed to eat in the office and nothing was open in those days when going to the office or leaving it. So the only time I managed to ever get anything to eat was when I happened to get out early and wander by Arturo’s on the way to my apartment at 9:59PM. They’d throw a cheap couple of slices into the oven for me and I’d walk the half block to my apartment, stuff them in my face and fall face first onto my futon/bed.

If it were not for Arturo, I would have gone to sleep without eating every night, instead of just most nights in the summer of 1995. And for that I am grateful. And though it’s been like twenty-five years since I’ve had one of their slices, it’s a testament to their awesomeness that they’ve lasted this long. I mean, I would say at the time that they were the best things I’d ever eaten. Though my stomach was pretty much eating itself by the time I wolfed down their grub. So I’m a little biased.

Look, this is a seriously niche review. There is going to be like one dude on the UES who happens across this thing and is like, “That place? It doesn’t look so… clean.” But for me, it’s a perfect incarnation of the local NYC slice place that may not save everyone’s life. But it saved mine. Thanks, Arturo, whoever you are. Your pizza rocks.