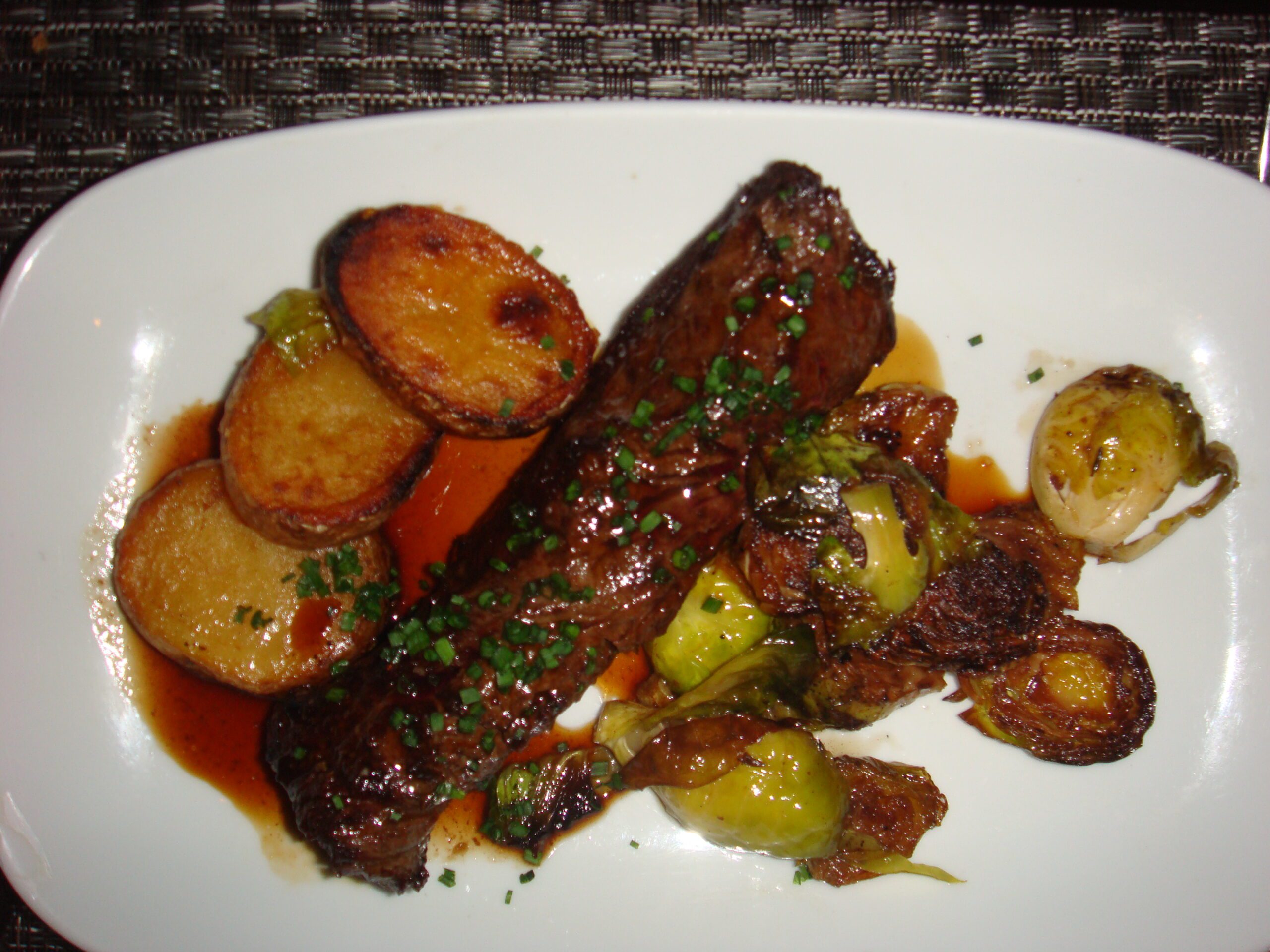 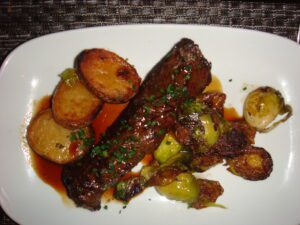 It was with much hesitance that we came back to the scene of one of the most expensive, and most disappointing meals of our semi-long lives. If Colicchio’s Craftsteak were a movie, it would be a bomb. So why would I go for the sequel? Well, for one, this joint wasn’t a straight steak restaurant. It had a more diverse menu and hopefully a more casual atmosphere. We made sure the latter was true by going to the Tap Room, rather than the dining room proper. Guaranteeing, at least, that the meal, if it sucked, wouldn’t cost us more than a Korean car. Luckily it turned out we didn’t need to go to that dark, dark place. The space is still gigantic and somewhat cavernous, but the Tap Room (which is basically just the front of the joint) is warmed considerably by rugs and darker, softer lighting than I recall at Craftsteak. And they had beer. Like beer that I had never heard of. After all, what’s a Tap Room without fancy-pants suds? This felt much more up my alley than staring at a ridiculous wine list trying to recall my college wine tasting course from 20 years ago and whether the forty-letter Italian domain is the good one or not. But, shit, I had a beer called Two Brothers Domain Dupage and an actual gnarly beer flight (which I believe was called a “chocolate flight,” or some such shit, but don’t recall exactly) made up of Left Hand Milk Stout, Porterhouse Oyster Stout and Ommegang Chocolate Indulgence. And, let me tell you, it just felt right. Especially when paired with my roasted bone marrow, truffle vinaigrette and drunk onions appetizer. The thing was beautiful, but elicited a gasp from Mrs. Hipster as she realized my plate in fact held three marrow-filled bones that had literally been halved and laid bare. Pretty awesome. The main course made up for the crap steak I had on my first Tom C. go ’round. The steak & ale with brussel sprouts and herbed potatoes was simple, but cooked perfectly, seasoned well and soft as butter. It really made the beer sing. Or vice-versa. And then desert. Holy crap. Who knew zeppole with malted milk ice cream and butterscotch, with its little, warm fried balls of lovliness snuggled in a white napkin and dollop of creamy coolness, could play off each other so well and make for an awesome end to what turned out to be a triumphant evening. That exaggerated exclamation point is just to make up for the garbage review I gave him the last time. But, seriously, it was a good time.