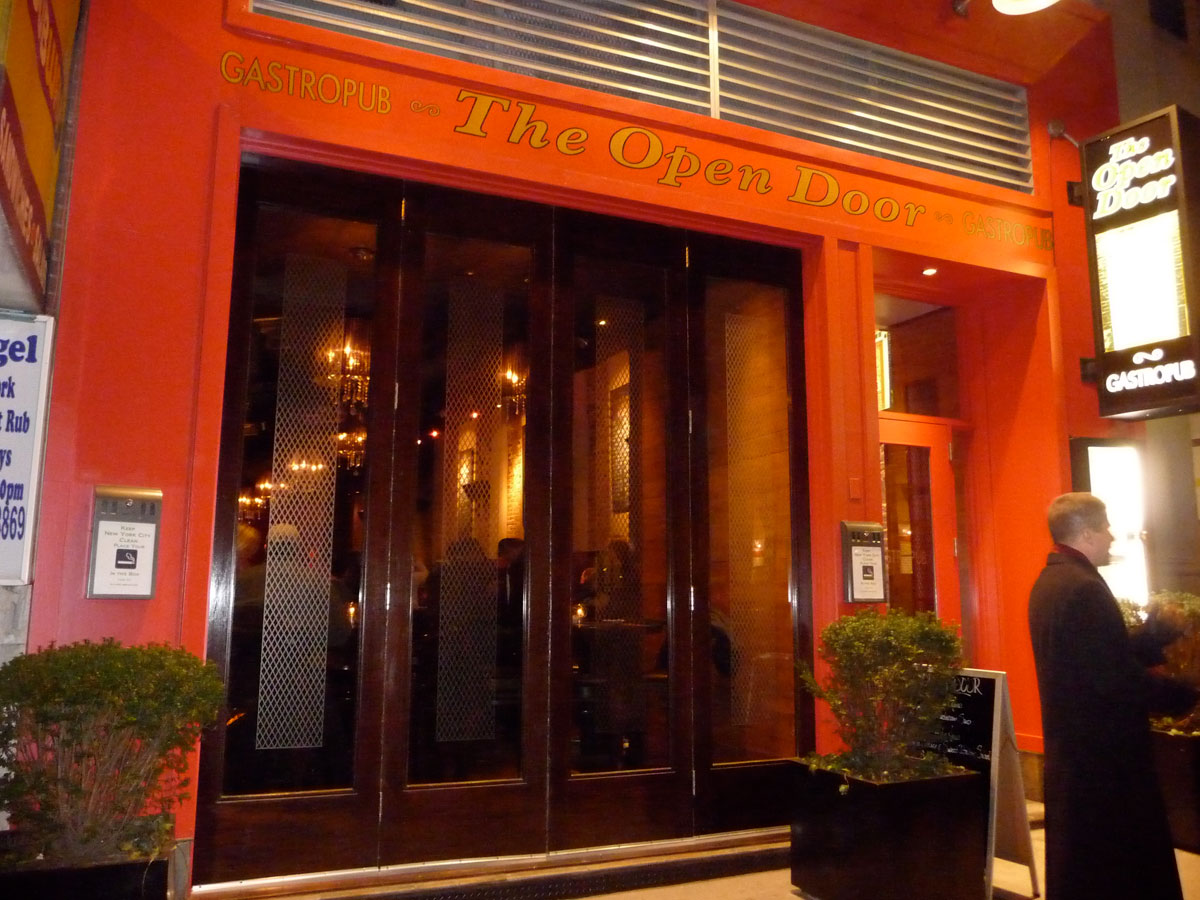 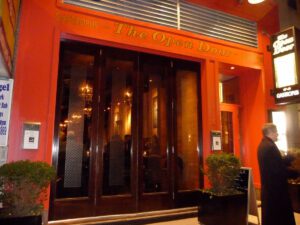 We came upon the aptly named Open Door on a snowy in January. Apparently they don’t get a whole lot of late night traffic in the Financial District, let alone an entire wedding after party full of drunks tromping through the snow. I know this because the bartender looked upon us with horror as we gathered in the nicely decorated front bar area with beer love in our eyes. She warned us right off the bat that she was alone and that drinks would be slow in coming. And then other mostly drunk civilians poured in. Apparently this was the only game in town. At some juncture the woman tending bar must have called in reinforcement, because I seem to recall at least one other person serving alcohol, but perhaps one of the drunks just decided to jump behind the bar. So the high-ceilinged space up front consists of a curvy narrow bar with a nice giant wall of fancy bottles behind it, which actually must be a bit of a mess when the besuited masses file in after a hard day on The Street. After that the space widens into what is basically a generic box with some tables and a strange stripy paint job that resembles something you might find at a downtown Philly Marriott. The beer was cold when it finally came, there were plenty of seats and it was a decent way to finish out a long night. It’s a bit of non-starter in terms a regular hang out, but I’m sure it’s a big hit with the tasseled shoe crowd. [MF]