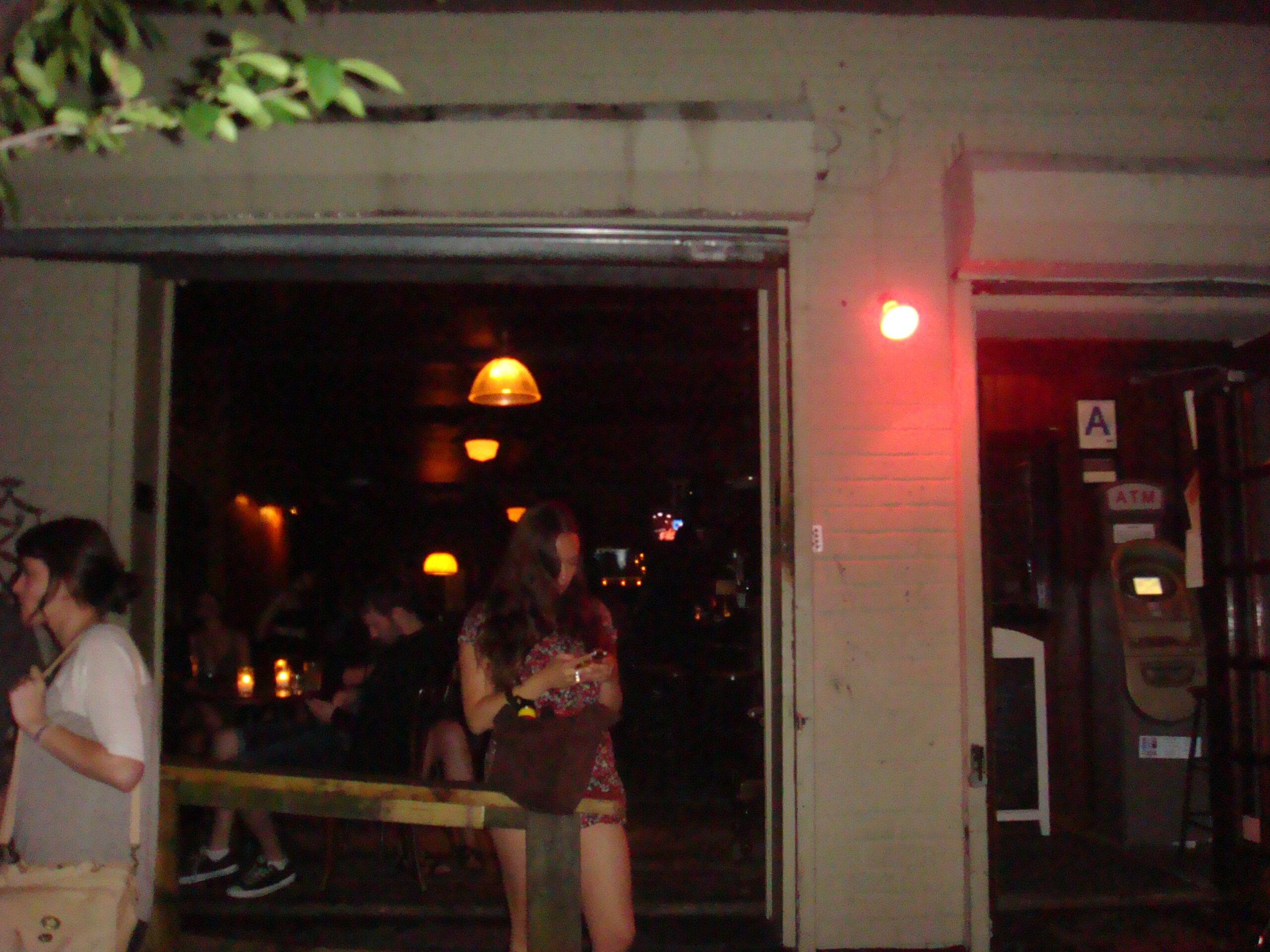 I think this is what Brooklyn had in mind when it decided to become the new Brooklyn. And Williamsburg decided to transition from the neighborhood from which my grandfather worked his ass off to escape to the shining city of gold on the hill of gentrification. It’s the perfect crossroads of the old, unpretentious precursor of its past and the move into the new era of progress. Of course Williamsburg has become meta at this point, at times almost a parody of itself and its mustachioed, knee-socked hipster fuckery, but there are joints like this that still remain and thrive for no other reason than they are cheap and relatively kitsch free. In other words, a true neighborhood drinking establishment. A simple place, with a long wooden bar and benches and tables made of wood, and low lighting. And cheap, cold beer. And a space that opens to the sidewalk and provides nary a twist nor a turn in its cozy innards, but rather a square layout replete with seating that makes sense and is actually conducive to sitting with a few friends drinking cold beers out of large mugs and wondering where exactly along the way the one douche with the handlebar and short-shorts got lost along the way. [MF]