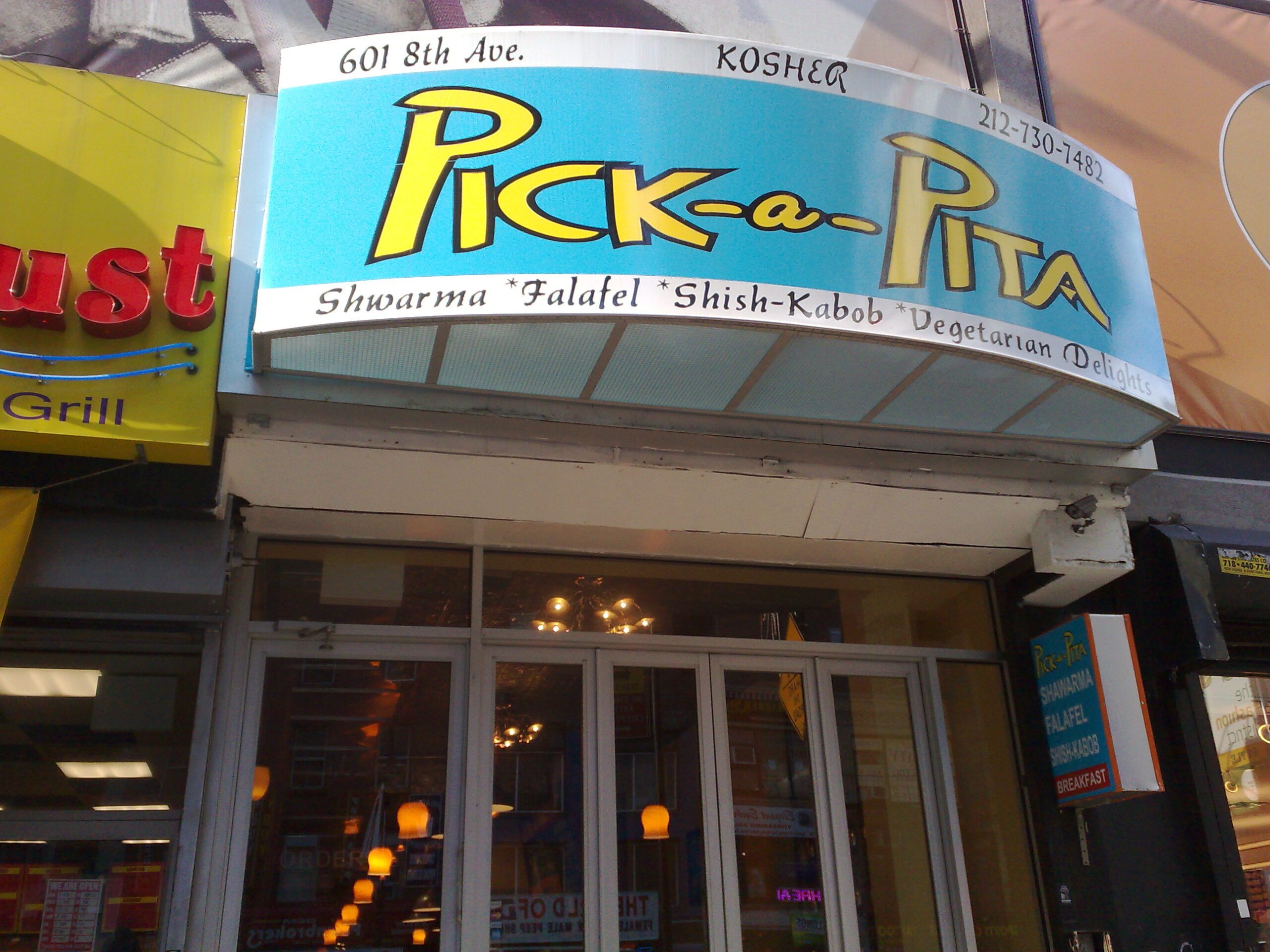 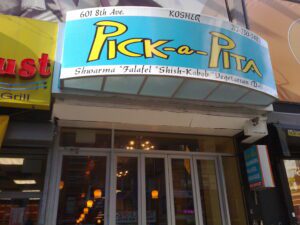 Once relegated to an alleyway behind a freight elevator behind a dumpster, Pick-a-Pita has finally come out into the light (and gained a couple dashes in its name in the process). Moving into the space occupied for a short time by the scrabulous chicken pita barn (or something like that), they are no longer limited to one tiny counter and a couple tables, but instead a long, awkward counter and like six tables. Granted, the foot traffic in the place seems to be significantly increased being a mere two blocks from the PABT, one block from the NYT building and across the street from Habib’s rubber dildo palace (which, like Pick-a-Pita, is also kosher). The location may have changed, but the food remains the same–although it’s a little more appetizing ordering the grub in a space that wasn’t once inhabited by a three-toothed gimp and his best friends the water heater and Nicodemus the rat. I like the chicken shawarma in a pita loaded up with hummus, cucumbers, tomatoes, carrots and eggplant with some tahini squirted on top. Of course if I don’t want to feel like a disgusting greaseball (and go through like 500 napkins) I go for the grilled chicken instead (with all of the same trimmings) and just love myself to death for being an early adopter. Seriously, though, the stuff is super-tasty, but not particularly inexpensive. Little secret: ask for the eggplant on top of your sandwich; the stuff just makes it sing. [MF]