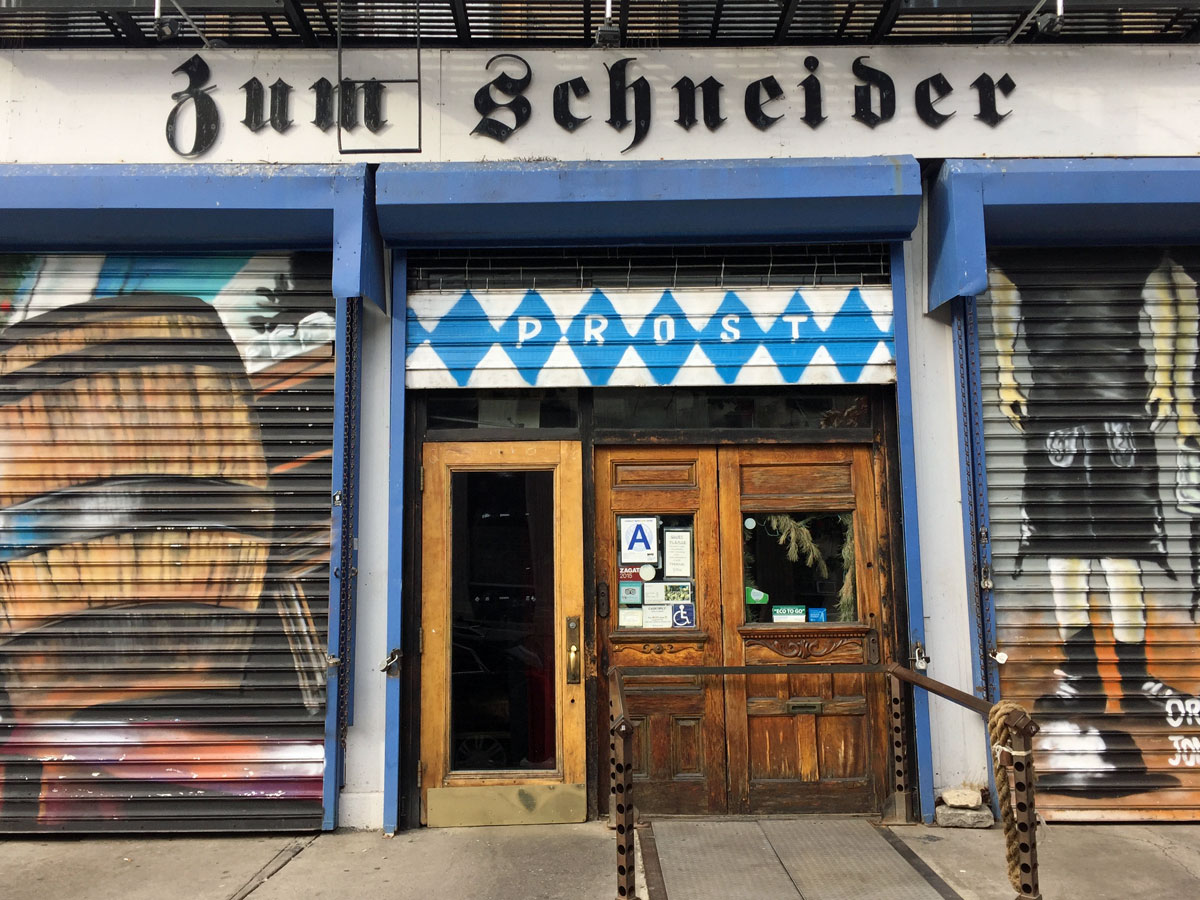 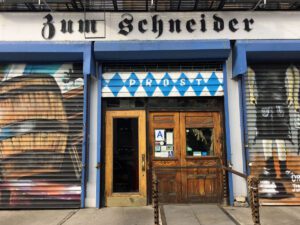 There were decades of my life in which I never considered eating German food. I thought of it as nothing but sausages and sauerkraut. It turns out I wasn’t that far off, but apparently my palate matured and I found myself not so scared of fermented cabbage-like things and wiener-shaped meat tubes. To be fair, they also have a superior potato salad that is made with vinegar and mustard rather than the nasty American mayo-based concoction and this thing called spätzle, which looks a little like puffed rice or a weird pasta, but are apparently considered tiny dumplings by those with knowledge of that kind of thing. Now, while I’ve come around on the whole German cuisine thing to some extent, I’m still a little squeamish about porkish things, and so definitely limit my possibilities. But I had an authentic guide to my dining experience at Zum Schneider, so I knew I was in safe hands.

My German is terrible, but Google translate tells me Zum Schneider is German for “to the dressmaker.” Granted, if you stick a “Zum” in front of my original family name before Grandpa Hipster decided to change it in the deli in Williamsburg in 1946, it translates to “for the finkel stone.” So I suppose the direct translation is irrelevant and I should just ignore the whole textile angle. What I can’t ignore is just how German this joint is. My friend who brought me here is super-authentic and so is this place. Never having been to Bavaria — which is apparently the region this restaurant celebrates — I felt like I was getting a first-hand tour of the place while I sat there. From the crazy-rich gulasch (with the magical spätzle!) to the giant steins of Traunsteiner and Würzburg Hofbräu, I felt the warmth and the love of the locale and the feeling of home for these folks. I mean, they run this bar/restaurant because they want to share the flavor not only with ex-pats (of which there are many in NYC), but with the entirety of the East Village. My understanding is that they throw crazy parties for all the German holidays (including the ever-popular Octoberfest) and really do it up to the max. I don’t want to say I was an honorary Bavarian person while I was there, but it certainly felt like what I imagine a local candle-lit beer hall in the lower hills of the Alps might feel like — but like a bit more hip.