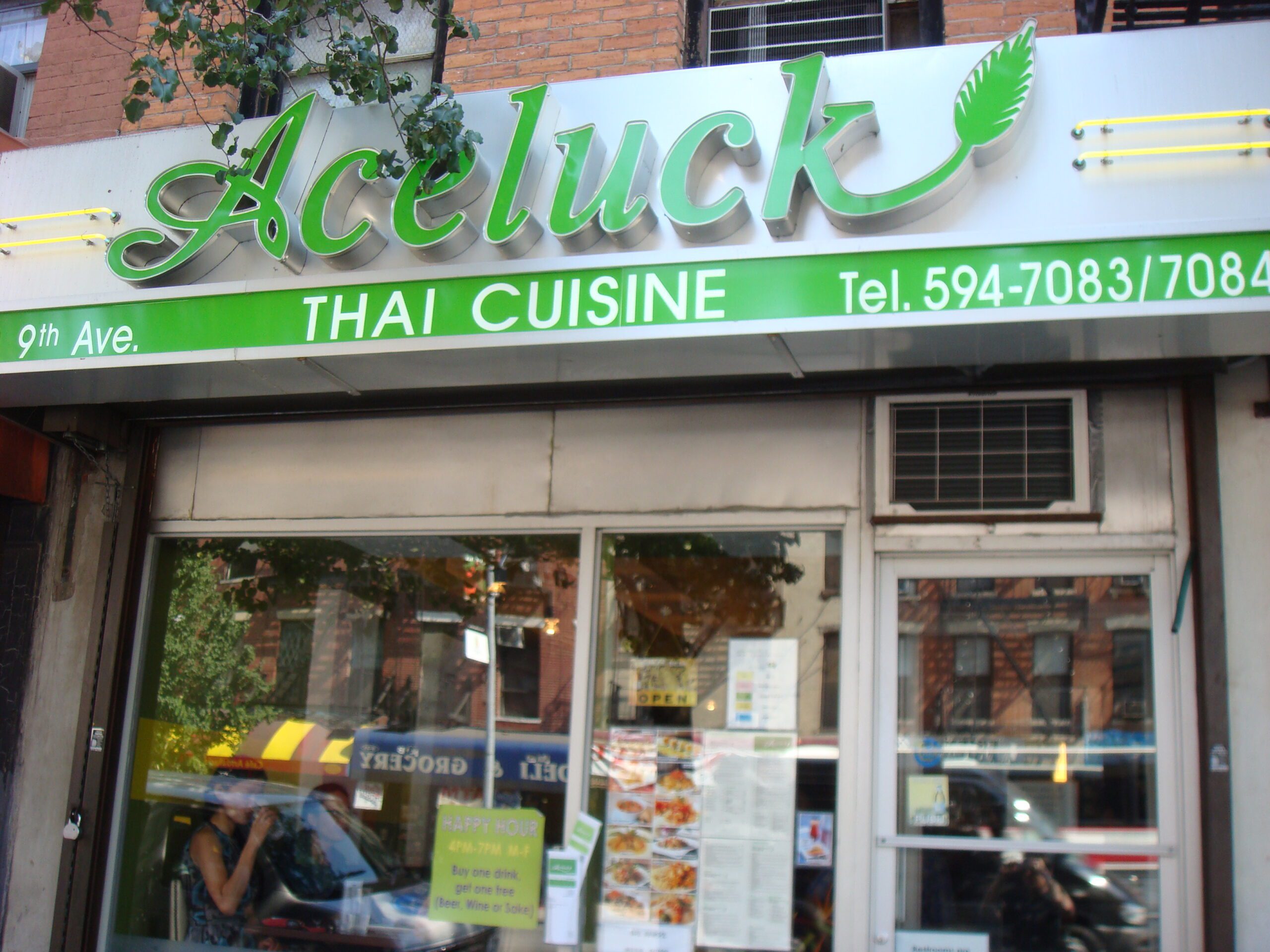 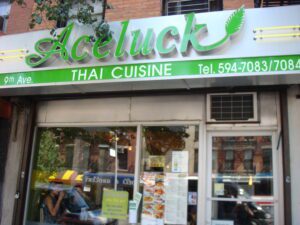 I used to be a big fan of the Thai lunch. Then I read some article a while back that had the caloric and fat stats in a serving of pad Thai and I just about barfed up my pyloric sphincter. I might as well attach myself directly to exit end of the lypo hose at the fat-sucking clinic around the corner. I was horrified at what I read, and so went Thai cuisine from my lunch routine. Meanwhile, I lie to myself about the paninis, subs and Chinese food I chow every day, and will continue to until I get hard evidence that they’re going to kill me. So it was with fear in my heart that I agreed to come to Aceluck with a co-worker. I ordered the Rama dish from the requisite lunch menu–which was basically chicken over a bed of steamed veggies smothered in this terrific peanut sauce. For $6.95 it came with jasmine rice, a veggie roll and soup, which was almost too much food. Now I know peanut sauce is generally low in fat and cholesterol (bwahahaha), but for such a dietetic dish, the stuff was amazingly tasty. Seriously, though, the meal was really good, quick and reasonably priced for all the food they put in front of me. The restaurant itself is a little cramped (as most joints in Hell’s Kitchen are), but clean and comfortable, even if having any kind of private conversation is less likely than my waistline surviving another visit. [MF]