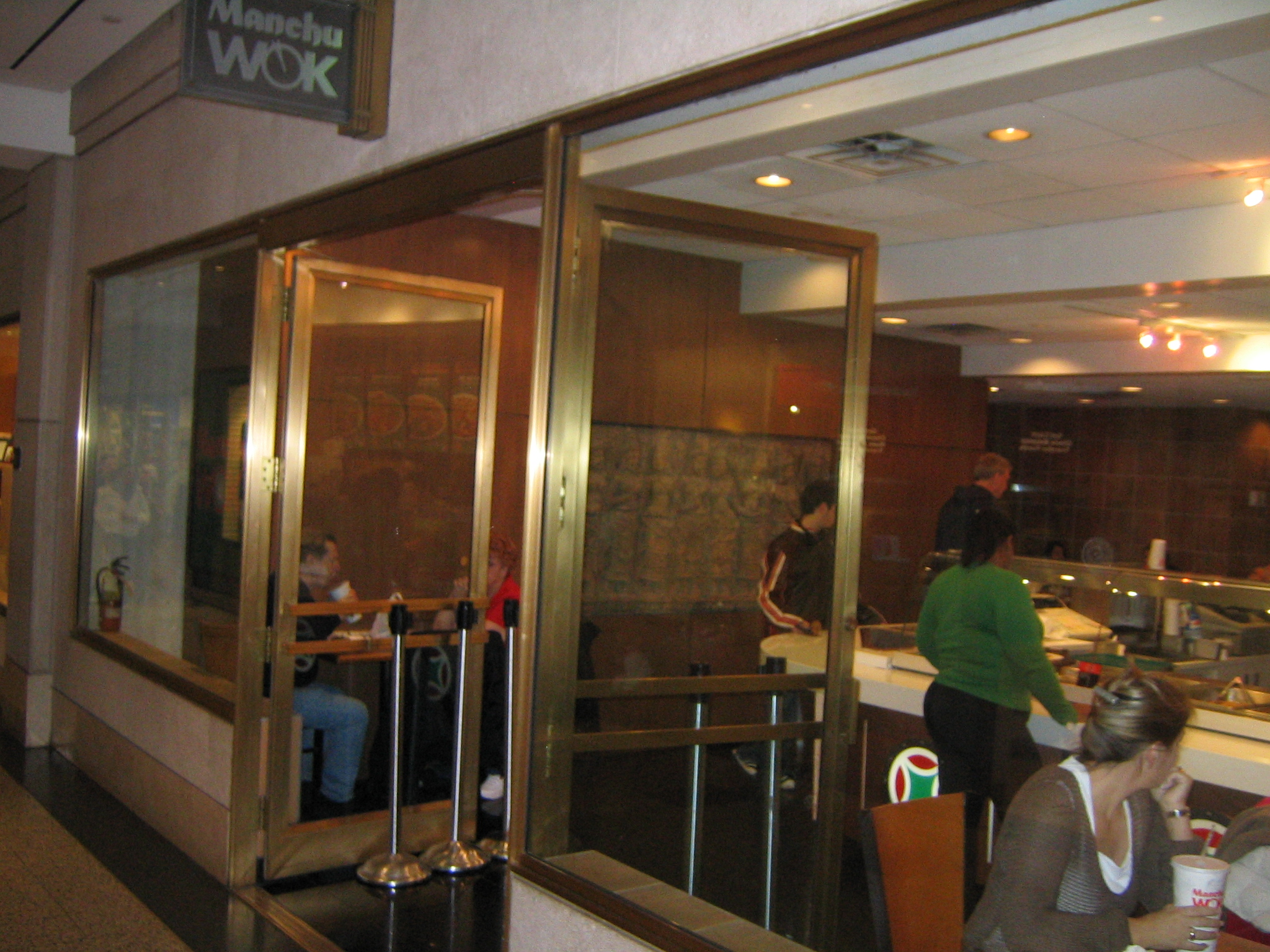 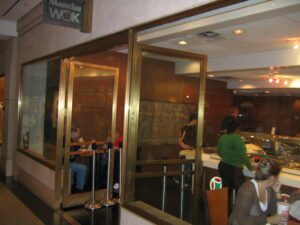 I’ve had some bad Chinese food in my life. I’ve had some really, really awful Chinese food, but this may be some of the worst. Imagine Kibbles & Bits dipped in a diluted solution of marmalade and pineapple juice. That would be what other places would identify as sweet and sour chicken. The combo plate is ladled out of a hot plate thing and half-assed into a styrofoam clamshell by a worker who seemed like she would rather be anywhere other than this terrible chain in the rather depressing corridor of the Rock Center food court. [MF]