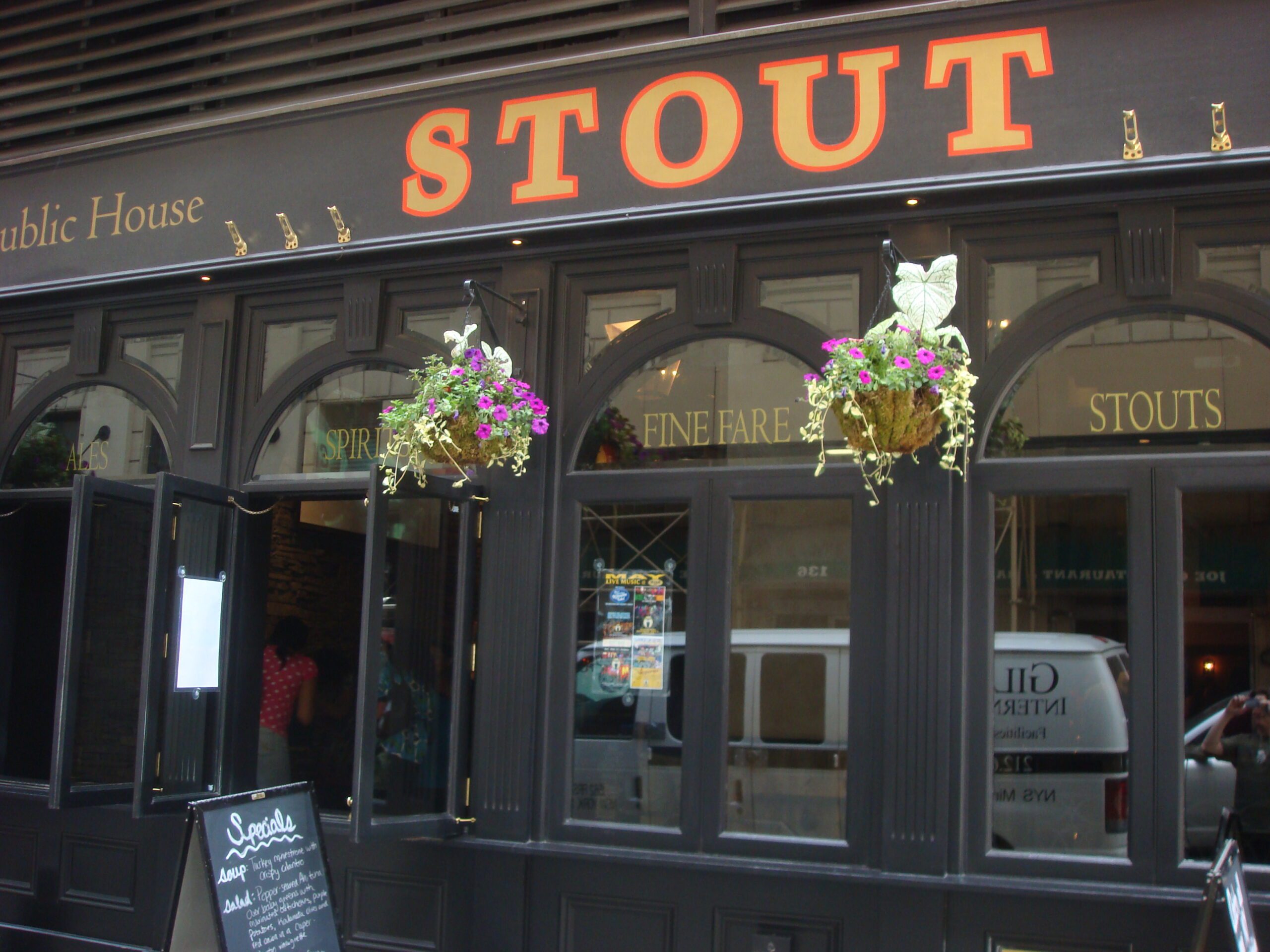 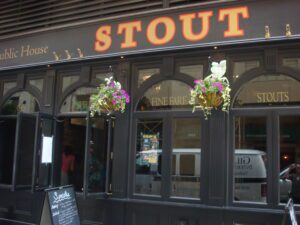 One of the few Madison Square Garden area bars without Blarney in its name, Stout tries to class it up a little bit. “Class” here is a very very relative term in this case. It’s not as if you’re going to find yourself walking into the Oak Room or something, but at the same time this thing isn’t a glorified OTB or crackhouse way station. They may try to sell this place as an Irish pub, but I’ve been to Ireland and calling this joint an Irish Pub is like calling Chuck E. Cheese a local pizza shop. It’s actually a giant warehouse of a sports bar dressed up in what seems like a weird medieval theme upstairs, and a winding map of rooms that seems to never end. I honestly had no idea the place was quite as gigantic as it actually is, but if you go to their site and scroll around the photos section, you’ll discover that this thing has more hallways and twists and turns than the subway corridors under the Port Authority. We actually went there to watch a University of Texas bowl game (with actual fans of the team), and ended up sitting in the cellar. I’ve never been a big proponent of subterranean dining and drinking, and this place has certainly not changed my mind. It’s odd to me sitting somewhere that had no windows and would trap you like rat fricassee if a fire were to break out. The management of the restaurant leaves a bit to be desired, as we soon learned when a couple of our party wasn’t there at the time of our reservation and we were rudely shuttled to a table that was clearly built for midgets and pygmies. Of course the rest of our party eventually showed up, and we ended up squashed at that table with borrowed chairs and a rotating eating schedule so that we could all grub without having to put our plates in our laps. I guess it was ultimately our problem, but the attitude was less than desirable. Anyway, the food was typical bar food, the beer was cold, and the TVs plentiful. The whole low-ceilinged thing–especially compared with the soaring space upstairs–was a little off-putting, but watching college football in what felt like a fraternity basement (although one of the nicer frat basements I’ve seen), seemed not completely out of place. So if you and twenty of your closest friends are really aching to see that Rams game, and you like drinks and burgers and don’t really care for authenticity, then come on down to Stout and be sure to get all your buddies to show the hell up and grab a space. [MF]