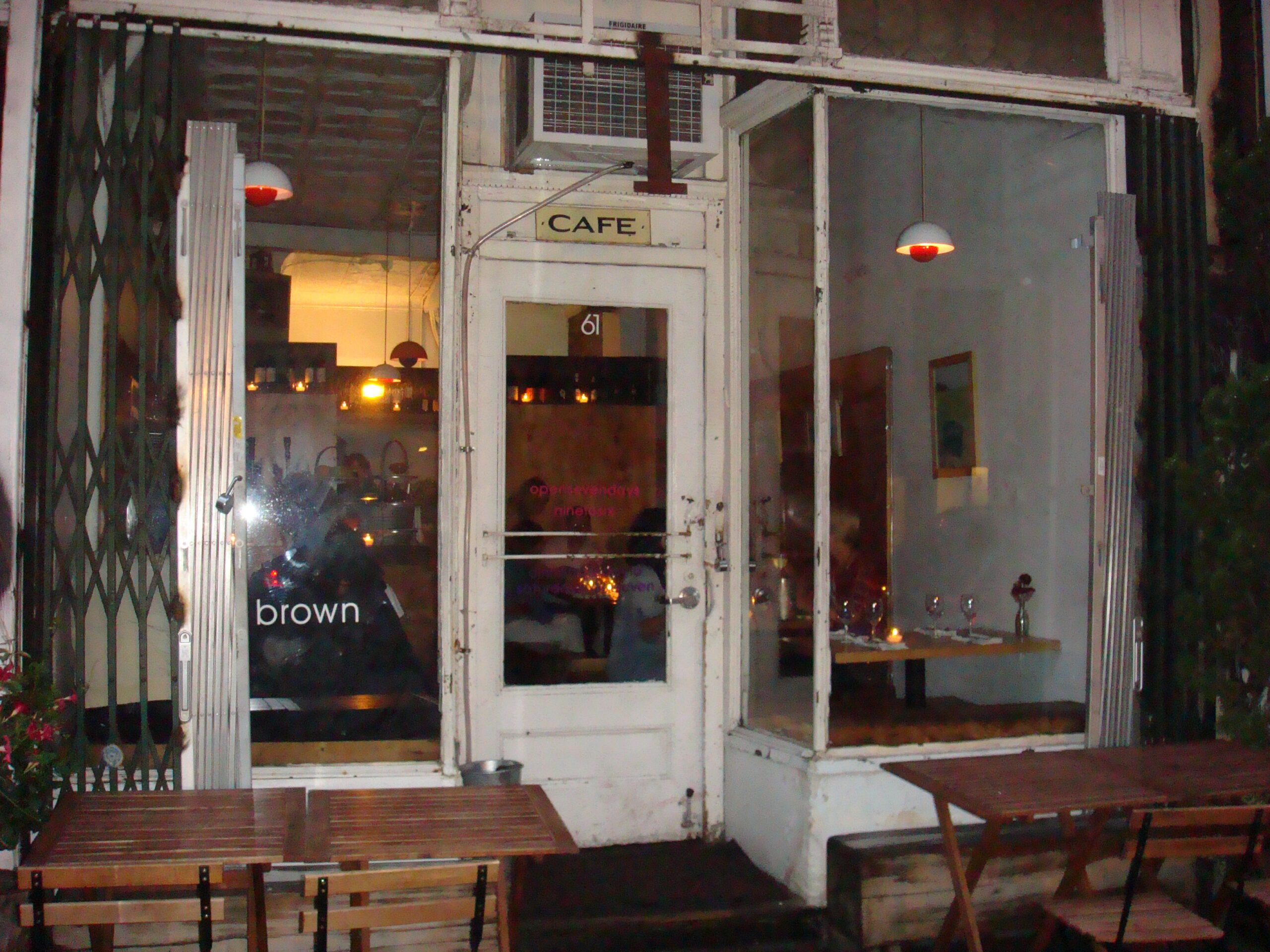 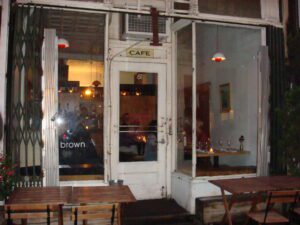 I think I sat on a stump or something at this joint. Or maybe it was some hippy drum. I don’t know, but it looked almost as uncomfortable as it was. I was also sitting with my head right next to a counter and my coat was being trod upon by skinny people in ugly shoes. I know it sounds like I was eating in the Keebler Elf tree or something, but it was in fact just a tiny little café place in the Lower East Side of Manhattan. There weren’t any elves that I was aware of, but it surely seemed like the food was prepared for some. It didn’t help that we started off the evening with a plate of charcuterie and cheese. Apparently charcuterie is French for gross luncheon meat. So we had a plate of very little cheese and some piggified deli slices, which, of course, I didn’t touch. I then had an entrée that comprised a small circle of overcooked tuna medallions. Have you ever had overcooked tuna? You might as well roll up a washcloth, douse it in sawdust and attempt to shove it down your gullet. Needless to say, I choked the stuff down and proceeded to look around to see if any seeds or whatnot had fallen to the floor and were available for consumption. I was still starving. It’s a shame, really, as the place is a cute little rustic neighborhood hole in the wall, and the entrees were reasonably priced (although portion-wise you got what you paid for). Their thing is fresh, organic American food, but when you can’t cook the food correctly that you have, what’s the point? [MF]