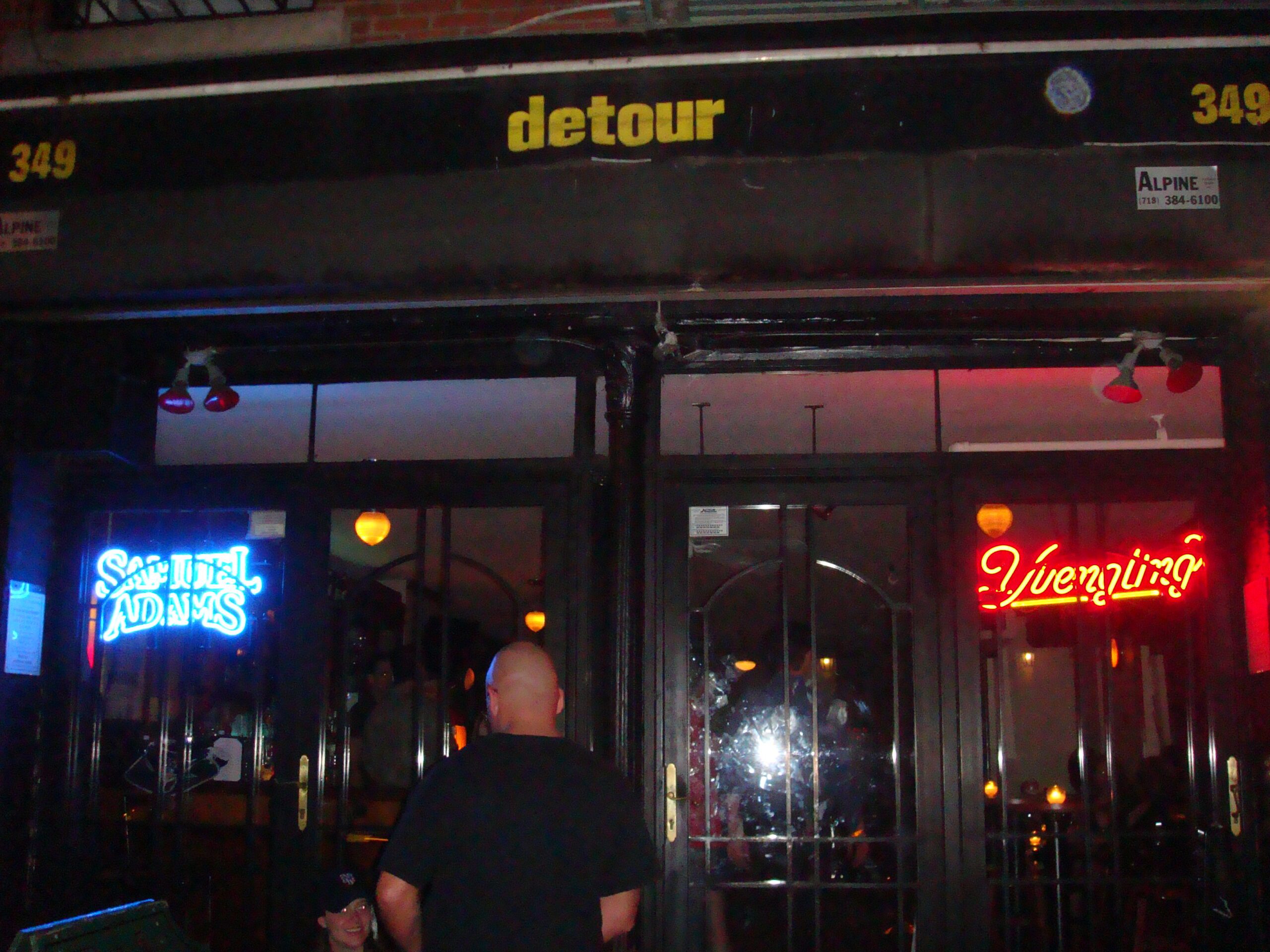 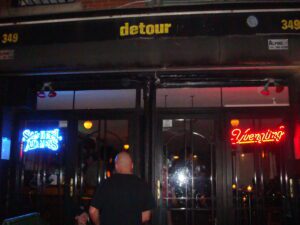 Apparently there is free live jazz going on at this joint some nights. I was there on a Saturday, and a better night for jazz there is not. Were there any old crusty dudes blowing tarnished horns? Was some guy and his steel brushes and vintage skins sitting in a cloud of smoke, peaking on his smack high? Hardly and no. What was present was a smallish place that was oddly decorated and had a tile floor. Not only do I hate tile floors in bars, but wouldn’t this also be a bad surface for music reproduction? I mean my saxophone sounds pretty damn good in the shower, but I’m not playing to paying customers who don’t want noise bouncing off of every angle at them. I honestly had no idea this was even a music club when we stumbled in here trying to kill some time before heading home for the night. And had no idea after spending a half hour there that there was music at all. It wasn’t until I Googled the place that I even realized it was anything beyond a slightly awkward bar. It’s probably better I didn’t get indoctrinated into the free jazz thing anyway, as it usually puts me to sleep faster than a 1988 right hook from Mike Tyson. I suppose for some there is a good time to be had sitting listening to obviously pissed off musicians play tunes they’re all only pretending to like or understand. Jazz, after all, is the Gravity’s Rainbow of the music world. [MF]