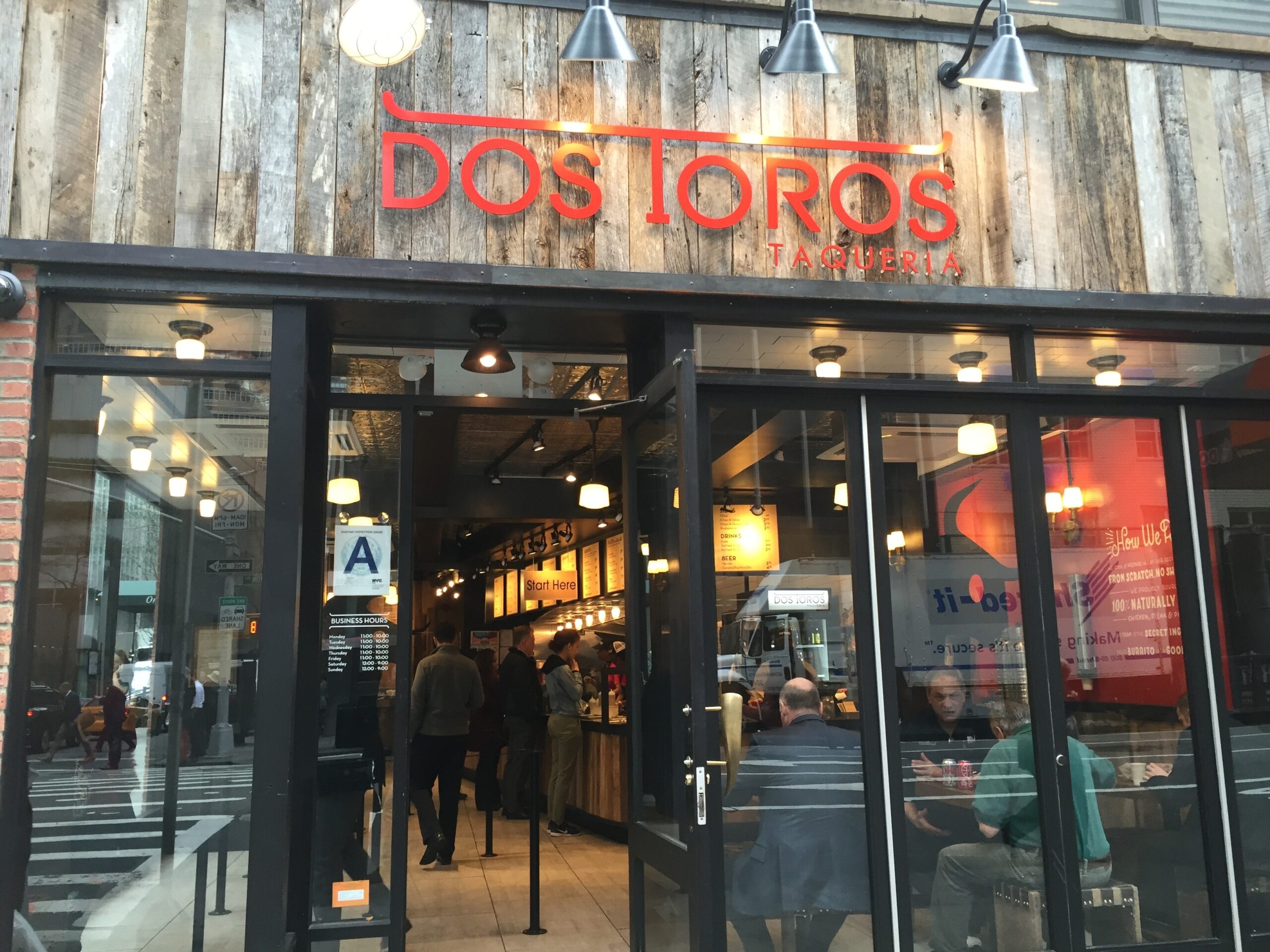 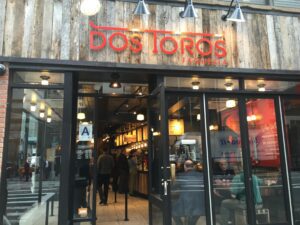 Dos Toros looks every bit the modern taqueria. From their well-hued logo to the rustic, yet modern wood thing going on with their exterior, the brand feels, essentially, like a better version of Chipotle. The thing is, in my opinion, it’s a lot of style over substance. Granted, the whole production line mentality of constructing lunch isn’t a new one, and Dos Toros sticks to this plan, but whole they have they have the look and they have the choose-a-rice, choose-a-meat, choose-your-toppings, choose-your-salsa menu down, you still have to take care to make your food taste like something.

For all of Chipotle’s faults (poisoning people aside) and even though they have become one of the bigger chains in the US, they have created something that is consistently tasty in its own fake-Mexican kind of way. I mean, like McDonald’s, Chipotle Mexican is its own thing — not really Mexican and not really Tex-Mex, but some sort of hybrid, fast-food weirdness that is what it is — but Dos Toros, in trying to recreate that methodology ends up creating nothing. No personality, no particular taste profile, nothing spicy or flavorful or particularly memorable about the food. Both the rice and the black beans were mushy (which is just straight sacrilege), the chicken diced too small and not marinated to retain anything interesting, the salsa boring and the rest of the toppings kind of minimal and definitely an afterthought.

I went to this location a couple times just to make sure I didn’t hit it on a dud day the first time, but their inconsistency was very consistent. Perhaps it’s an issue with this particular store, but I have a feelings it’s just a problem with their overall formula. I’ve talked to a couple other folks who’ve had tacos there (instead of the burrito bowl I always order) and they had relatively positive things to say, but I chalk that up to people just appreciating not eating the flaccid turkey sandwich from home that day. So until Dos Toros matches the taste of their food with their pretty excellent branding, I’m going to make the very short walk across from my office and stick with Chipotle when I want some fake Mexican.