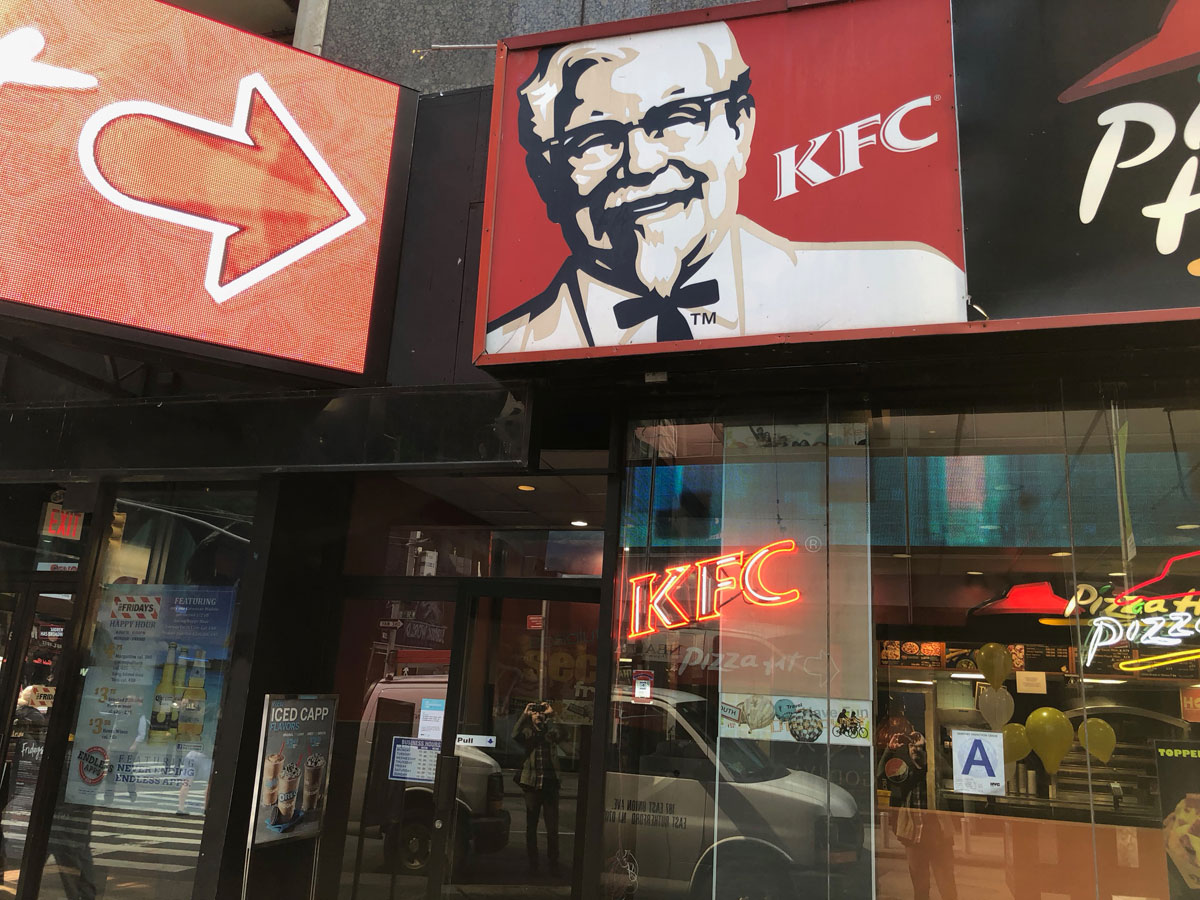 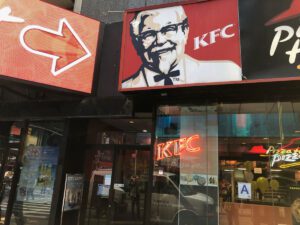 To think that a large section of America thinks of this shit as food is an insult to food. To think that Kentucky Fried Chicken could fool every stupid American into feeling better about their artery-clogging menu by changing their name to KFC is an insult to stupid people. Actually, I seem to be the only person in America who didn’t grow up eating this crap. Maybe it was because of my left-wing Cali parents, but more likely it was because I don’t recall ever seeing one anywhere around my neighborhood. Unfortunately there’s one in my current work ‘hood, and I couldn’t be sorrier that I discovered it. Well, it was more like I was dragged there kicking and screaming. Not only is this a KFC, but some sort of KFC express, complete with a limited menu and subterranean dining. The smell in this joint is enough to set your nosehair aflame and make you wish you had been born without olfactory senses. It shares space with some equally low-rent establishments that cater to non-descript lumps of flesh and their co-workers. I found the one non-fried item on the menu and discovered, not to my surprise, that the chicken sandwich tastes very much like the chicken sandwich at McDonald’s, Roy Rogers and Kenny Roger’s Roasters. Somewhere there must be a giant freezer truck making its rounds with a ton of over-spiced, salty chicken patties with which to poison the general public. The things are barely edible, but places like McD’s and KFC need at least one thing on their menu that they can claim isn’t deep fried in oil. It’s like providing that one “vegetarian” dish at a steakhouse–nobody comes there to eat that, but they have to have it there just so they can say they offer it. So, I guess if you want to slowly kill yourself with fatbomb poultry, then by all means hit the KFC–but I’d steer clear of this one. [MF]