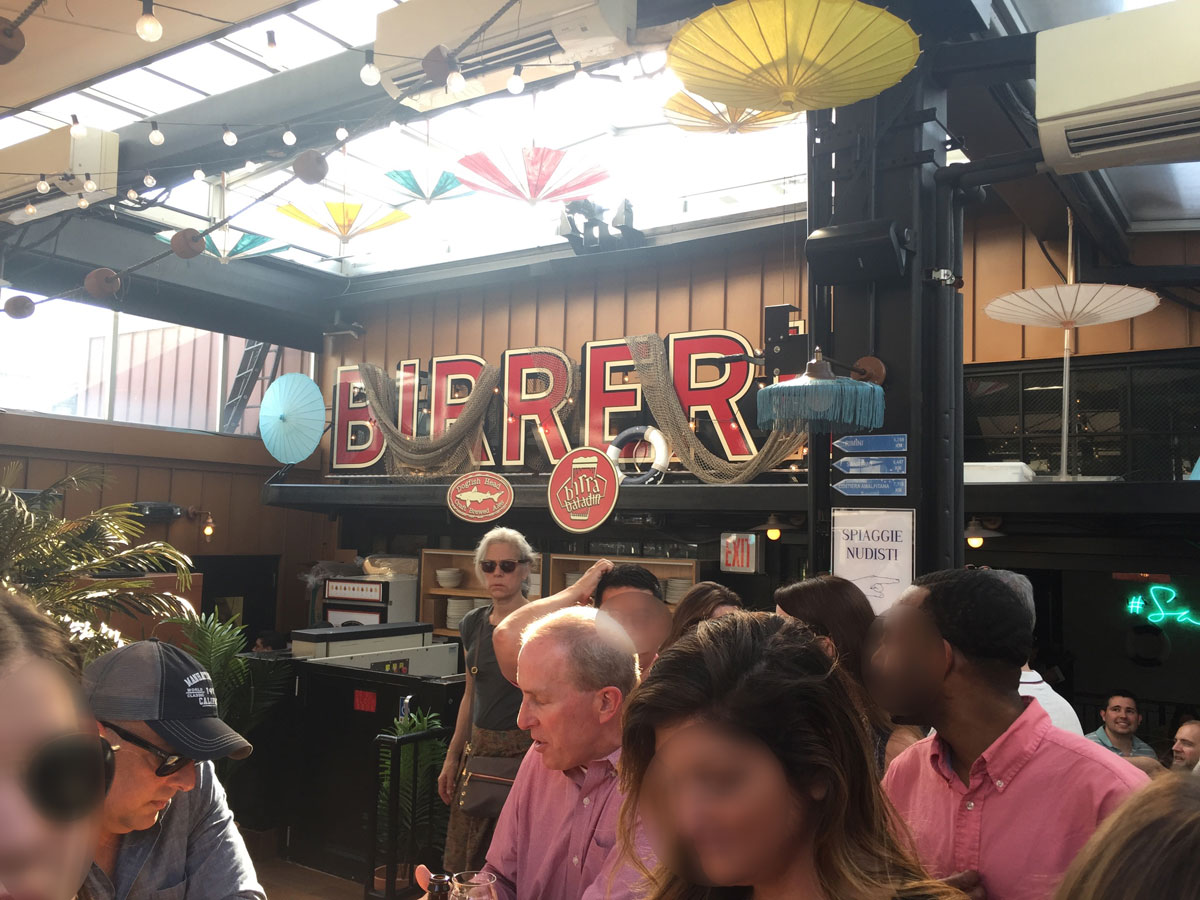 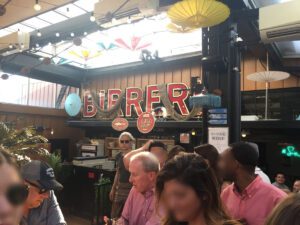 There’s nothing like reviewing a beer garden in the dead of winter. Though calling Birreria a beer garden is a bit of a misnomer, despite all outward appearances, with its open roof, sporadic plant-life and propensity to be either way too hot, way too cold or way too wet. They refer to themselves as a rooftop restaurant and microbrewery — which at least gets past the point that it’s tough to call something on the fifteenth floor of a Flatiron building a “garden” — but it does give you the impression that they brew a bunch of their own beer. Looking at their menu now — and, to be fair, it may be seasonal — I only see one home-brewed beer on there. Granted, there’s a list of about ten other, mostly microbrew beers on tap and another fifteen in bottles, so you definitely won’t go thirsty. But to call this a “microbrewery” is a bit of a stretch.

Thing is, Manhattan office people just love themselves a beer garden. And rooftops. So when you combine the two, you have one of those joints that ends up being ever-so-popular on those nice weekday evenings. You enter through Eataly on the ground floor, give your name and number of attendees to the hostess downstairs and then stand in the line before they pile you on an elevator up to the roof. Where you and several dozen of your best friends belly up to the awkwardly placed bar that seems to only serve to corral you between it and the bartop tables that hold the lucky few who don’t have to stand beer-in-hand, do-si-doing with other thirsty folks trying to wend their way to order a drink. If you frustrate easily, and don’t like the mass of humanity that these types of places can garner, we suggest you go hang at a less popular place. If you can stand it – and can get yourself there on a day that isn’t sweltering (because when it’s hot and you’re on the rooftop, you are about two times as hot), it’s actually a pretty pleasant experience.

I’ve been here on a weekend afternoon, doing some day drinking and picking at some small plates (gingerly avoiding the pork products) that my friends had ordered and it was actually really nice. But I’ve also been there a few subsequent times that mostly ended after one drink, as the crowd swelled and everyone’s patience waned. So, my suggestion is to pick your day and time wisely and if you approach the elevator and are stopped by their lovely hostess and are essentially told to hand over your name, walk away and go somewhere that won’t test your ability to mesh your DNA with 150 or your closest NYC friends.