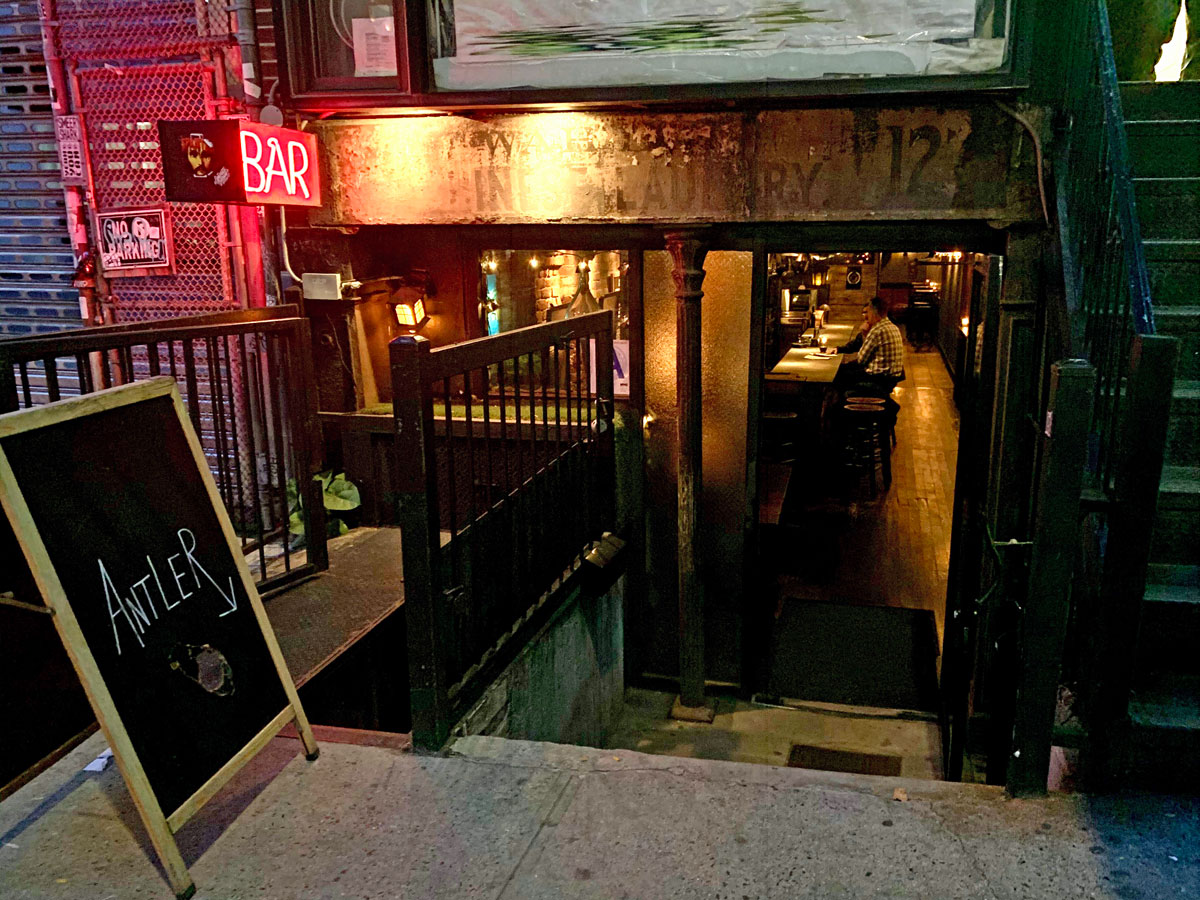 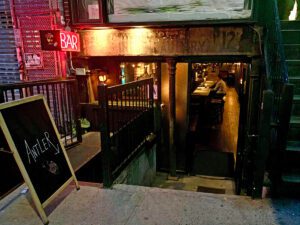 Venture down those stairs, young man. Enter into the Lower East Side’s version of a cabin in the woods. In a space that, as far as I can tell, used to be a Chinese laundry. It’s hard to picture that now, what with the bar’s brick-lined walls, well-worn wood everything and rustic, antler-laden iconography everywhere. Nary a coin-op machine anywhere in sight, save the vintage Pac-Man machine.

What we do have is a narrow, cozy space several feet below street level that employs everything you’d hope for in a bar of its ilk. An adult bar that isn’t too adult. But also trusts that our tastes are more sophisticated than a Tecate and a shot.

Now, I’m not generally one to drink a glass of wine at a bar. Even at a wine bar. I’ve been known to on occasion, but typically I’ll drink wine only when having it with a meal. The thing is, when I find myself at a “wine bar” — most likely at an afterwork event with a cadre of female coworkers — they usually have like two beers on tap, neither of which is more interesting than a Pilsner Urquell or Kronenbourg. But Antler splits the difference, with a good ten beers on tap to accompany their wine list.

This won’t be the post where I complain about “juicy” IPAs. Though I will say that I like beer, not orange juice. And it seems the trend in 2019 is to make beers that are hazy and taste more like a breakfast beverage than a thing that resembles what anyone could reasonably call a brew. Unfortunately Antler suffered from a bit of hazy/juicy overload in their tap selection, but that’s a subjective thing that will hopefully swing back the other way in 2020. Orange juice backlash or whatever.

My personal dislikes aside, the bar itself was great. The bartender was super-friendly, played good music and the vibe is incredibly mellow. There are no gimmicks and no annoying gangs of children. It’s just a really solid bar with a little bit for everyone. I mean everyone who enjoys a low douche factor and a joint that’s great to chill with a couple beers and maybe one of those fermented grape things I’ve heard some folks enjoy.