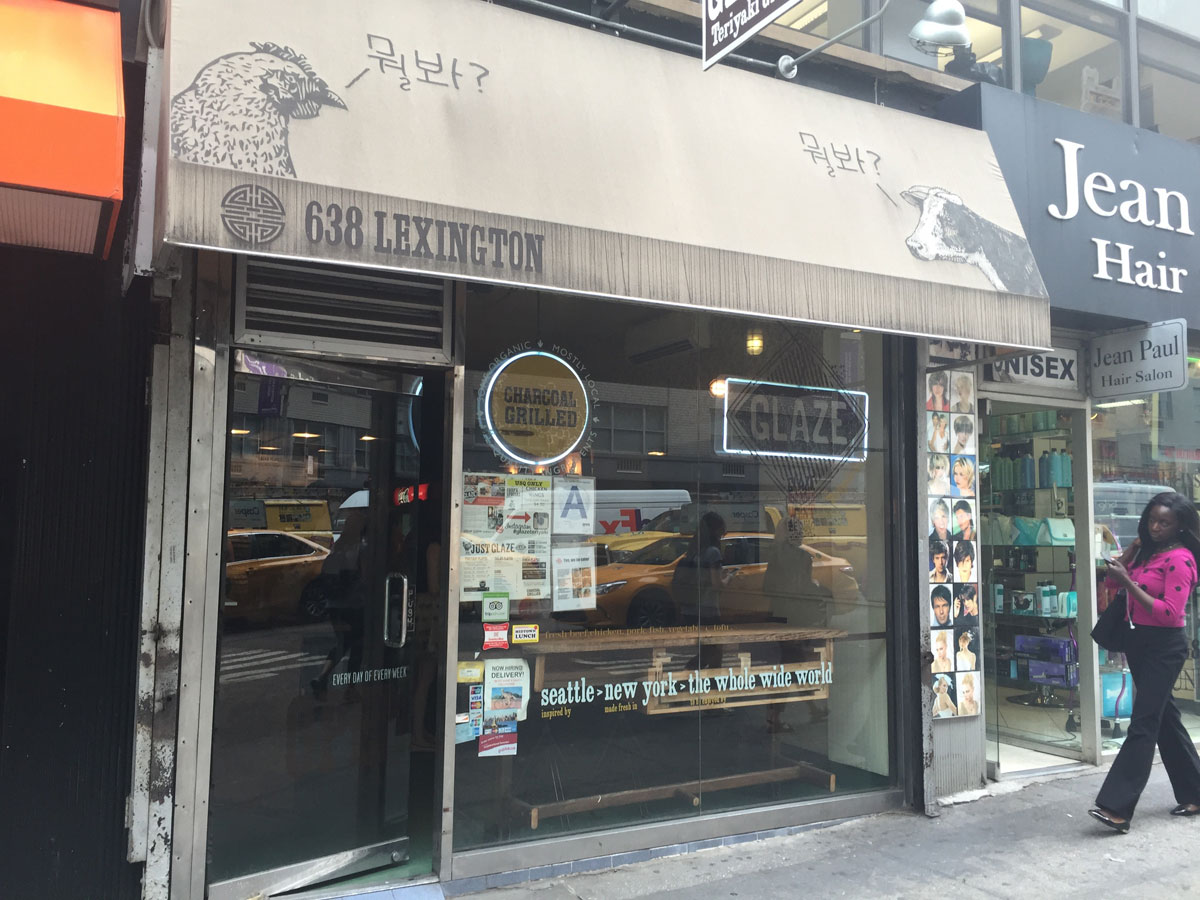 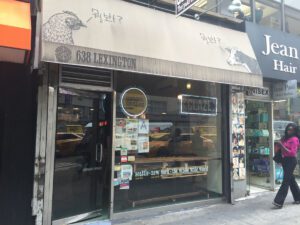 This place looks like hell from the outside. It’s as if the entire city shat on its awning. The inside is a little less beat up, but is apparently intentionally worn in that vegan-farmers-rolling-in-from-the-field kind of way. It’s small and cramped and is essentially set up as a take-out joint that can support up to about five or six humans before you just want to machete everyone in the place to get to your order. Or you could be one of those weirdos who sits at the tiny bench table against the window and watches the sad Midtown East office workers schlump by.

I’ve been to this location a couple times. The first time I apparently ordered wrong. Or so I was told by one of my co-workers whose palate is suspect, but her sense of value and ordering is superb. So I fucked it all up by ordering the chicken breast teriyaki. Not only is it $9.50 for not much chicken and a lonely, little salad, the chicken is dry and relatively tasteless. With the multitude of Japanese restaurants in the neighborhood, why the hell would I put up with this? Because I’m a lazy asshole, and like most lazy assholes, I will succumb to convenience over pleasure. But, armed with new knowledge, I went back and got the chicken thigh this time. Not only was it $1.50 cheaper, it was juicier and actually had some taste and, combined with the brown rice, made for a negligibly decent lunch. I felt a little less bad about myself after that trip to Glaze and came away with the knowledge that dark meat, while way more dicey in terms of fat content and visual niceness, is entirely better when it comes to teriyaki. Oh, and also that using a beige, cloth awning in Manhattan is a terrible, terrible move.