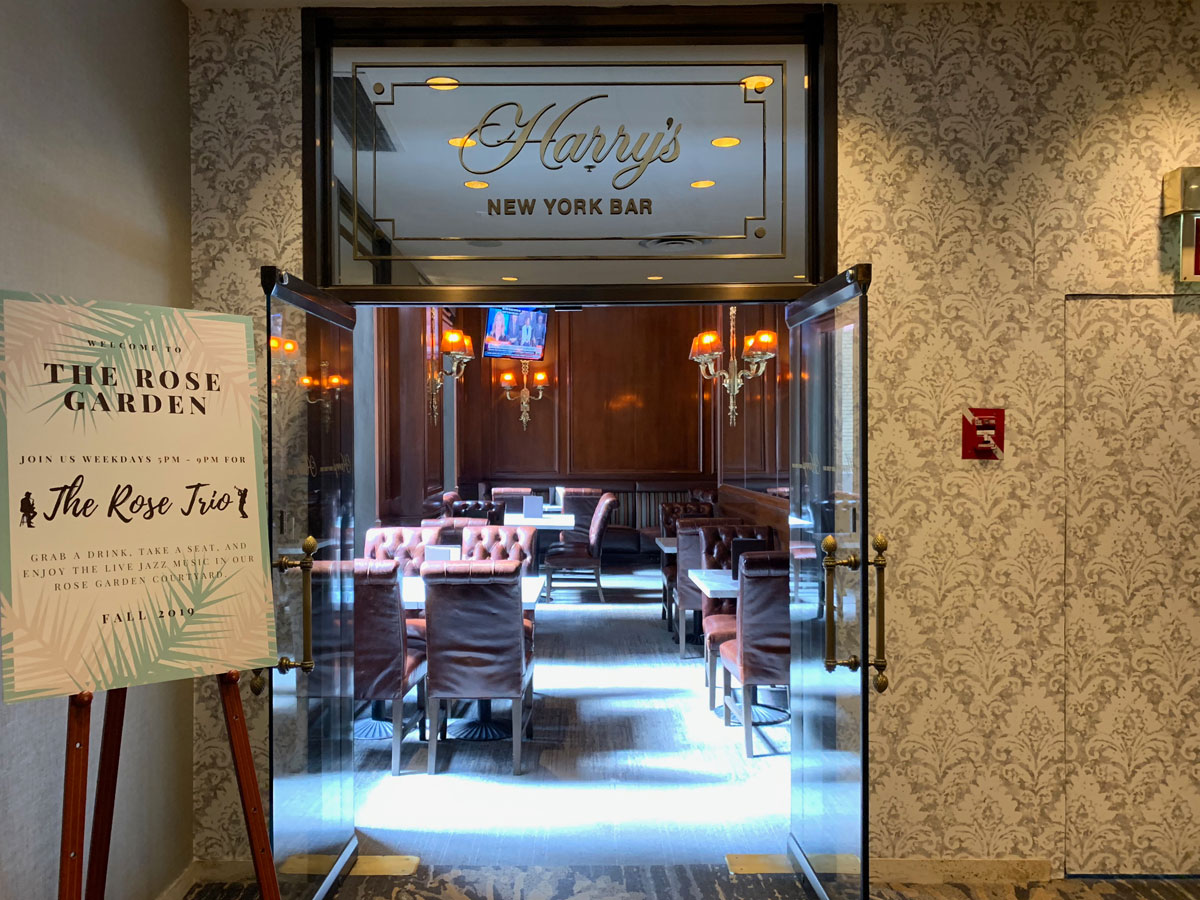 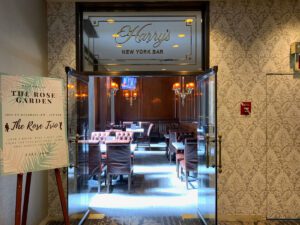 I had one of those weird experiences at this joint that is both eerie and funny at the same time. Ms. Hipster surprised the King with a night at The Helmsley Park Lane hotel. (It’s a nice get away from the norm, and I suggest it for everyone.) We decided to hit the hotel bar–named after Leona’s late husband, Harry–before heading out for a good dinner and a night of pretending to be way younger than we are. While sitting in a bar that most likely hadn’t been touched since the late 70’s, we felt transported to somewhere just weird. The strong drinks, bowl of mixed do-dads, mirrors, furniture and formal bartender for some reason reminded me of the bar in The Shining. Of course we were in the middle of Manhattan and not a snowbound mountain hotel in Colorado. The conversation eventually came around to Leona and her legal troubles, relationships with young gay men and various other speculations. Sitting with her back to the door, Ms. Hipster said, “I’m not even sure I’d recognize the woman if I saw her. I figure she must be pretty old at this point. She is still alive, right?” Looking over her shoulder, my eyes bugged, and I stammered and replied, “Oh, she’s alive alright. And she’s standing about ten feet behind you.” The woman and two lackeys had literally materialized from nowhere. One hotel worker stood to her right and groveled and prostrated himself. The other, in a suit, held her little dog. The Queen of Mean herself stood about four feet tall, weighed maybe forty pounds and looked to be made of wood. She stepped forward and said hello to the bartender. And then began her slow walk up the bar towards us. The two men followed a couple feet behind her, as you could almost hear her 1986 power suit squeak with starch. What the hell do we do now? Ms. Hipster buried her head in the bowl of nuts, picked out a filbert and pretended to search for the last remaining pretzel stick. I was facing her, and had no other choice but to nod in recognition–after all, we were in her dead husband’s bar. She narrowed her eyes and walked on. I originally took it as a snub, but then realized all the facelifts had most likely rendered her facial muscles inoperable, and she could have possibly been smiling or even winking at me. I’m not sure she’s much of a smiler, though. She and her entourage continued on, floating out like a mass apparition. The ghosts are heavy in this place, and I for one don’t like to mix my vodka with my spirits. [MF]