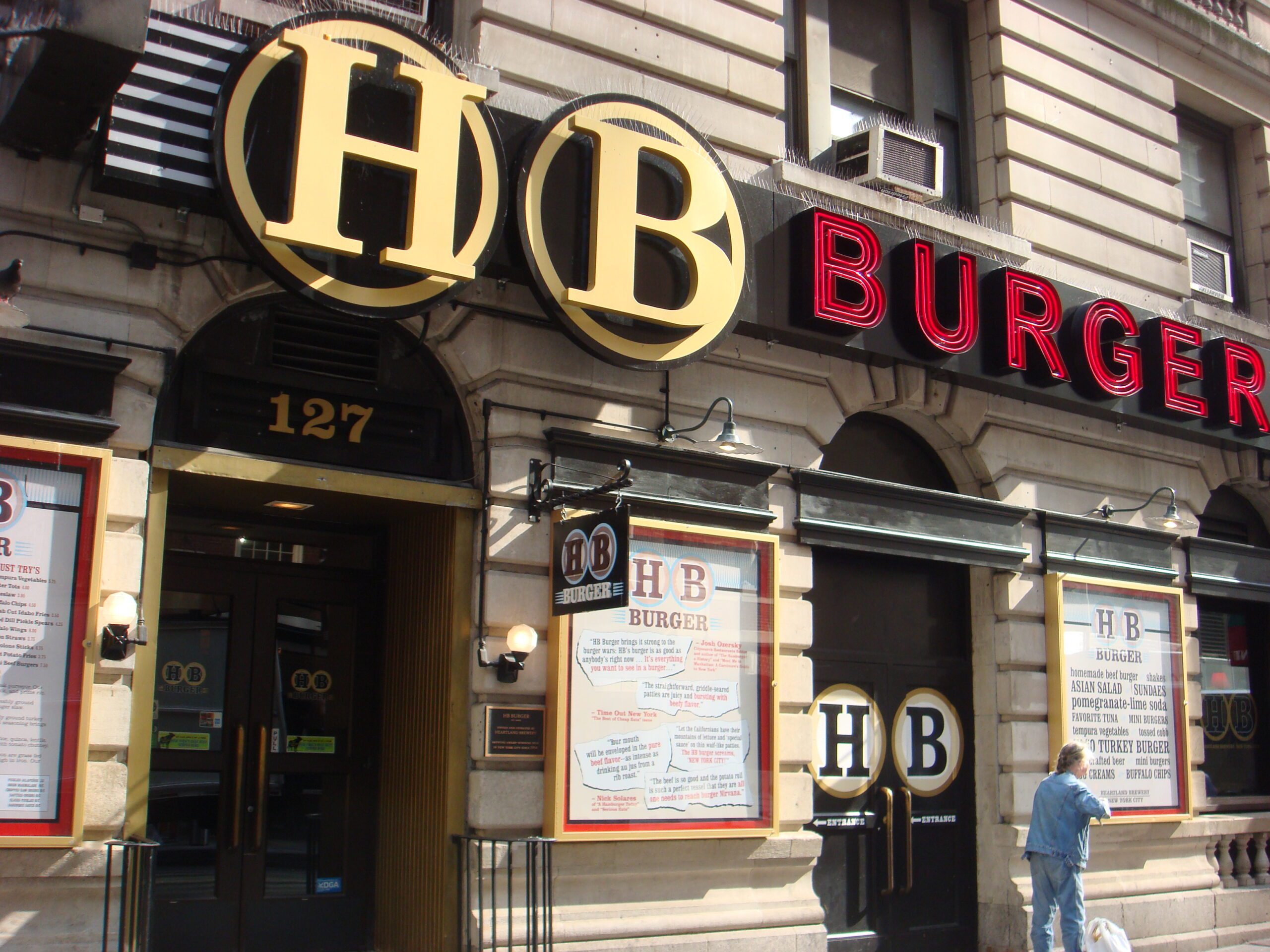 I believe this used to be called Spanky’s and had this cartoon pig dude that anyone would have to be a total sadist to want to eat. Well Spanky and his barbeque went buh bye, and they reworked the restaurant to be an old school, chopped beef focused space. And boy howdy did they make the right choice. It’s not that we like to see the death of a bbq joint or anything, but despite the place being in the relatively large end of the spectrum, I can’t say I ever met another human who ate there. Walking into the cavernous (and completely empty) new space, we were seated at a large, round table and proceeded to order round after round of beers from our amiable and quick-witted server, growing ever louder and more demanding of her time. Luckily the place was pretty much ours on a weekday night. Not a good sign for the business and what must be an ear-bleeding lease, but pretty cool for our loud asses. My burger was cooked perfectly, had all the toppings I could ask for and tasted just pillowy and delicious. It was honestly a perfect place for a large-ish group of dudes. If I could remember the desert, I’d most likely tell you that was damn good too, but I was so busy gabbing and drinking I most likely inhaled the thing and barely noticed. Everything in Times Square is super-sized (both for the size of the people and the size of the groups) and HB certainly fits the bill. [MF]