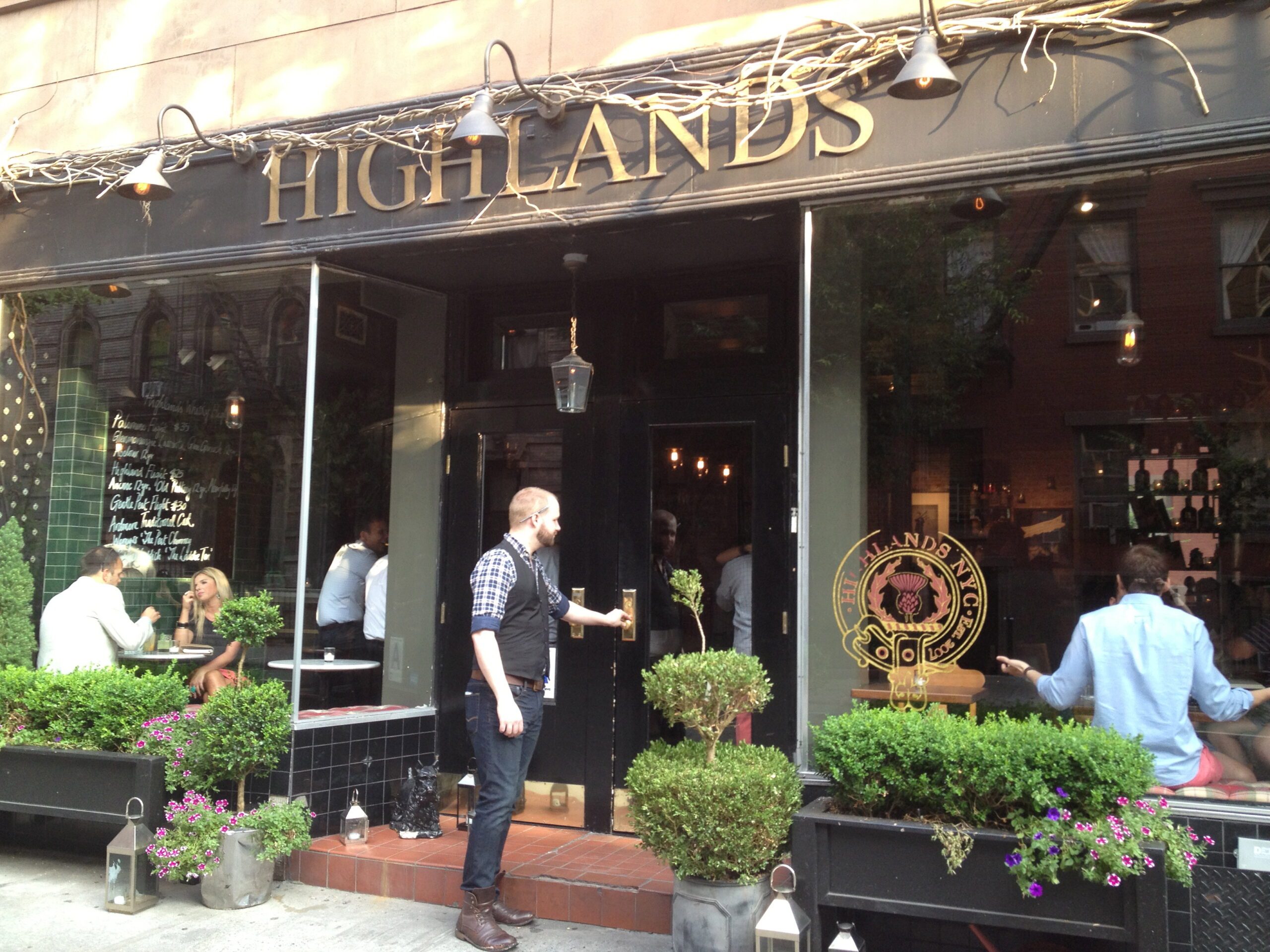 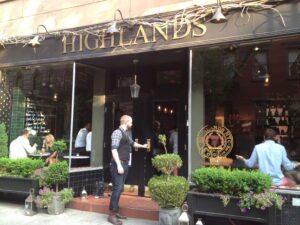 So, yeah, the Scottish. Or is it the Scotch? They make great booze and I’m a superfan of their tape, but I can’t say I’ve ever heard anyone say, “Hey, dudes, let’s grab a savory pudding containing sheep’s pluck (heart, liver and lungs) minced with onion, oatmeal, suet, spices, and salt, mixed with stock, and traditionally encased in that same animal’s stomach and simmered for approximately three hours.” And I wasn’t going to be the guy who dove head first into that pot of haggis, so I scanned the small-ish menu for anything that didn’t involve the meat of an animal stuffed inside of its own innards. Luckily Ms. Hipster found a nice fresh blue crab on toast with fresh chili, garlic and mascarpone aioli and heirloom tomato salad to share and I found something from the sea — a tasty salmon on pea puree — for dinner. Granted Scottish cooking is kind of no frills when it comes to its sauces and spices and whatnot (unlike, say, the French), so it all comes down to the quality and cook on the fish. Mine was decent, but, personally, I find that fish can be a little dry when cooked for even one second too long. Maybe I should have opted for the guts in a bag. And what would a Scottish meal be without shortbread and chocolate for desert? The bar/restaurant itself is a nice, little space, well decorated and excellently lit for a drop-in beer or a night out at one of the few tables in the main space. There’s a warmth and a care taken here that in this age of making your bar look all fucked up on purpose somehow makes a classic look and feel stick out even more. I do wish the food prices were a little lower, but I’m the guy who’s still stunned by the fifteen-dollar burger. [MF]