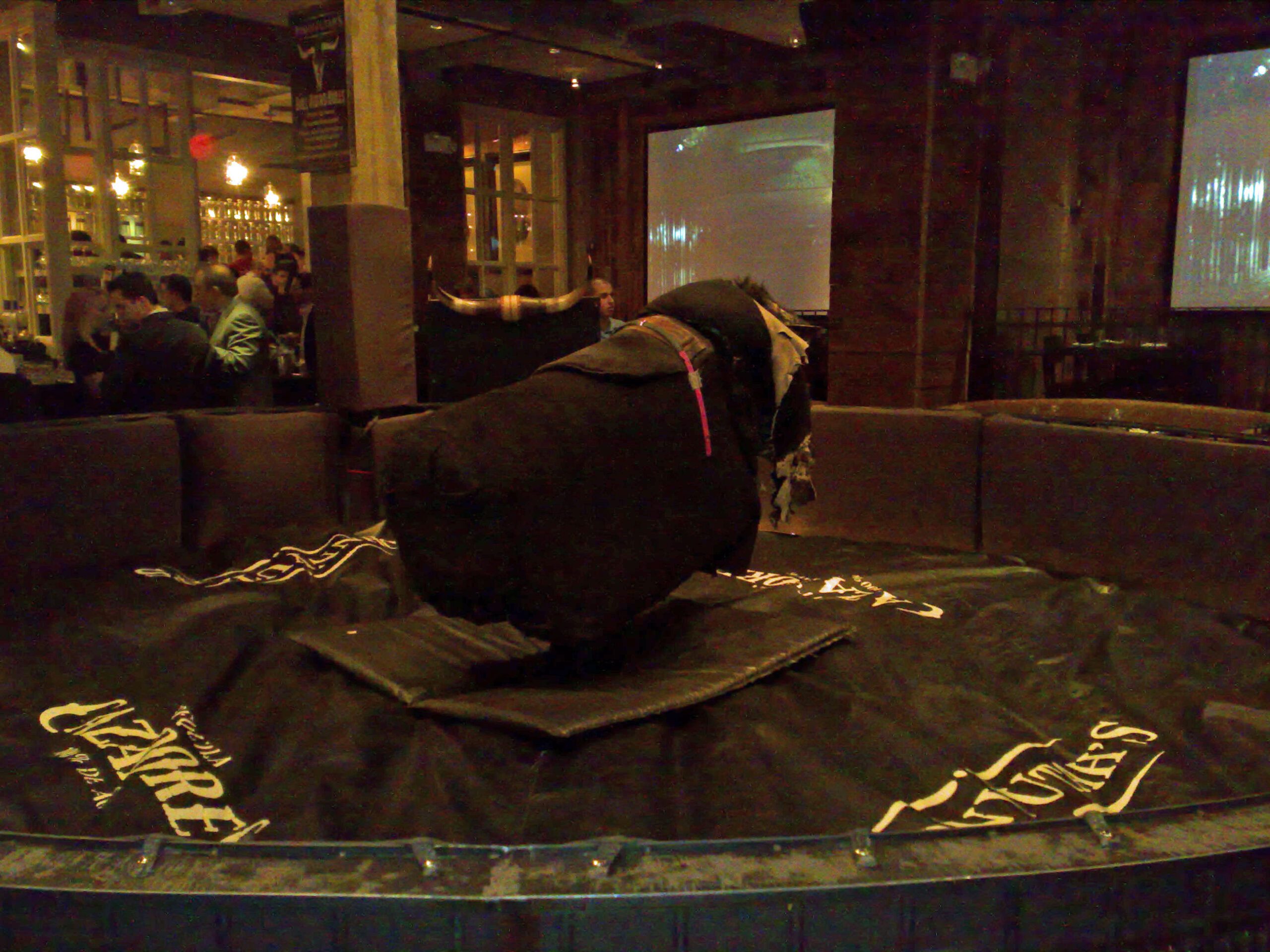 You gotta worry about a joint that names itself after a Keanu Reeves character in Point Break. You gotta worry even more about a place that has a mechanical bull and is filled with drunken, middle-aged office workers in ties that could bore a cracked out circus clown stiff. The night we were there the bull was dormant, lonely and probably longing for somebody to ride him raw. And there were several contingents of skirt-suited chicks from corporate accounting departments and the dreary direct mail marketing drones. I went there with a group from work, and we crowded around a table in the back of the place ordering drinks from a barmaid and ordering little plates of stuff. The food was unremarkable, and the drinks were even less so. The space itself is pretty massive, and was about 1/100th full the night we were there–although it is tough to fill an airplane hangar when your shtick is cowboy shit. So sure it’s a huge subterranean place that you can stuff like 300 of the world’s lamest people, but at what cost? Your soul? Oh, they do have a special dining room that looks to have been an old safe deposit vault (complete with vault door and old safe deposit boxes), but even there one can’t escape the suck. [MF]