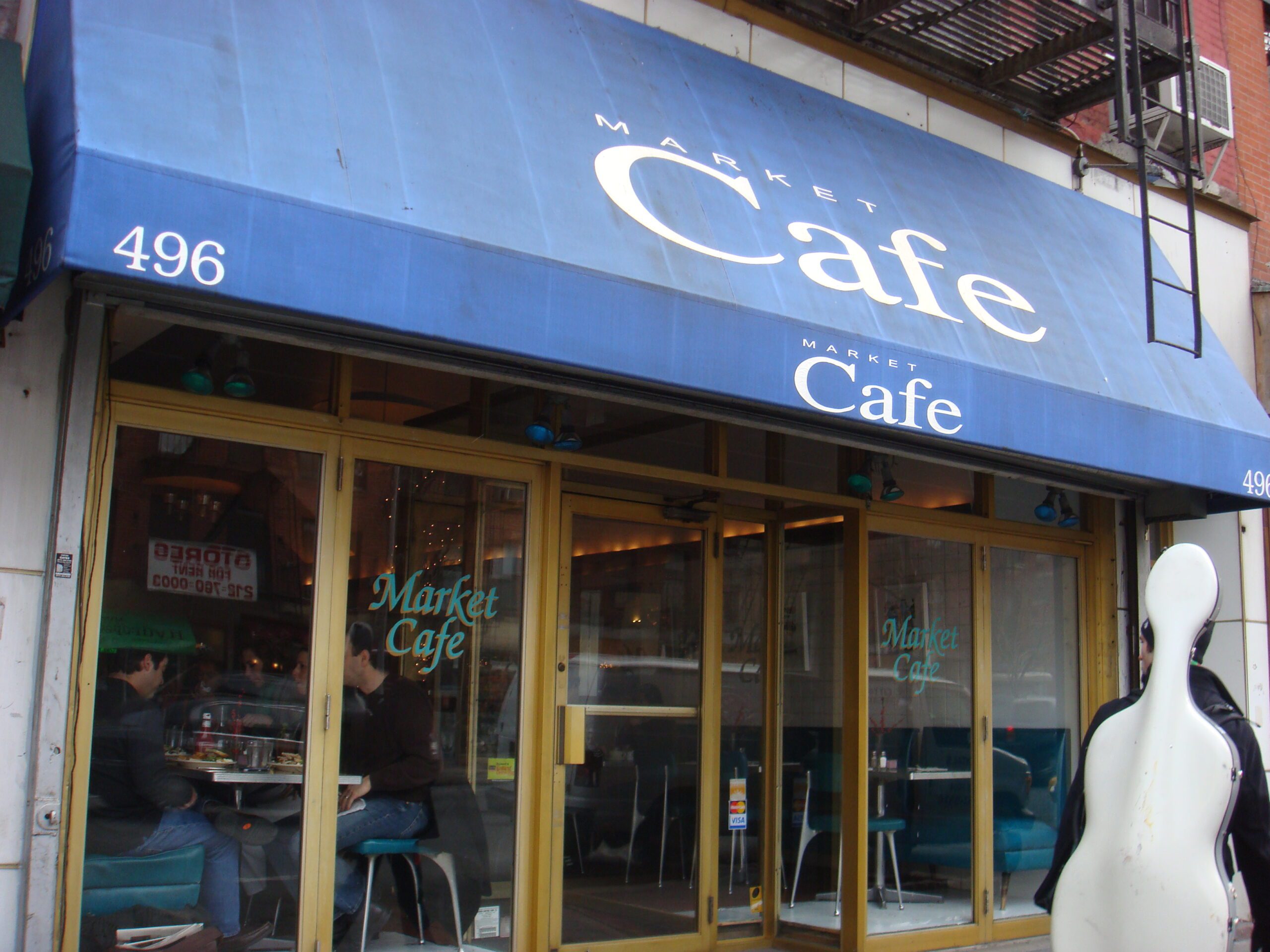 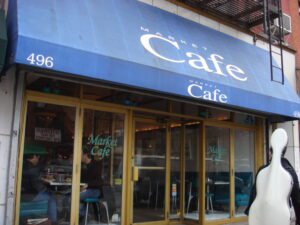 This place has cornered the market on the area’s casual business lunch dollar. I mean you could hit up the bodega, the grimy Pakistani joint or the pizza place, but there are very few choices in this part of pukieville when it comes to sit-down restaurants serving non-ethnic, or non-hazardous, fare. While this area is still somewhat wretched, it has come a long way in the past ten years–far enough that you figure they’d sprinkle in a few more decent lunch places where you don’t have to be afraid of the molded plastic booth giving you stankass or firecrotch. It’s not as if Market Cafe is Le Cirque or anything, but they serve their drinks in glasses, have real, live waitresses and put together a pretty tasty plate of grub. The menu mostly consists of American staples like burgers, sandwiches, salads and individual thin crust pizzas. I’ve had both the burger and a mushroom pizza, and both were top notch. Neither was the best I had ever had in their respective categories, but they were certainly serviceable and wouldn’t embarrass the crap out of you if you brought a friend or work cohort there. The space itself is old school in a worn out, but worn in, kind of way. In other words it’s comfortable, and feels right in the slowly gentrifying neighborhood in which it resides. God knows I love Asian food and Mexican food and everything in between, but sometimes you just feel like getting back to basics. And that’s why we have places like Market Cafe–my kind of joint. [MF]