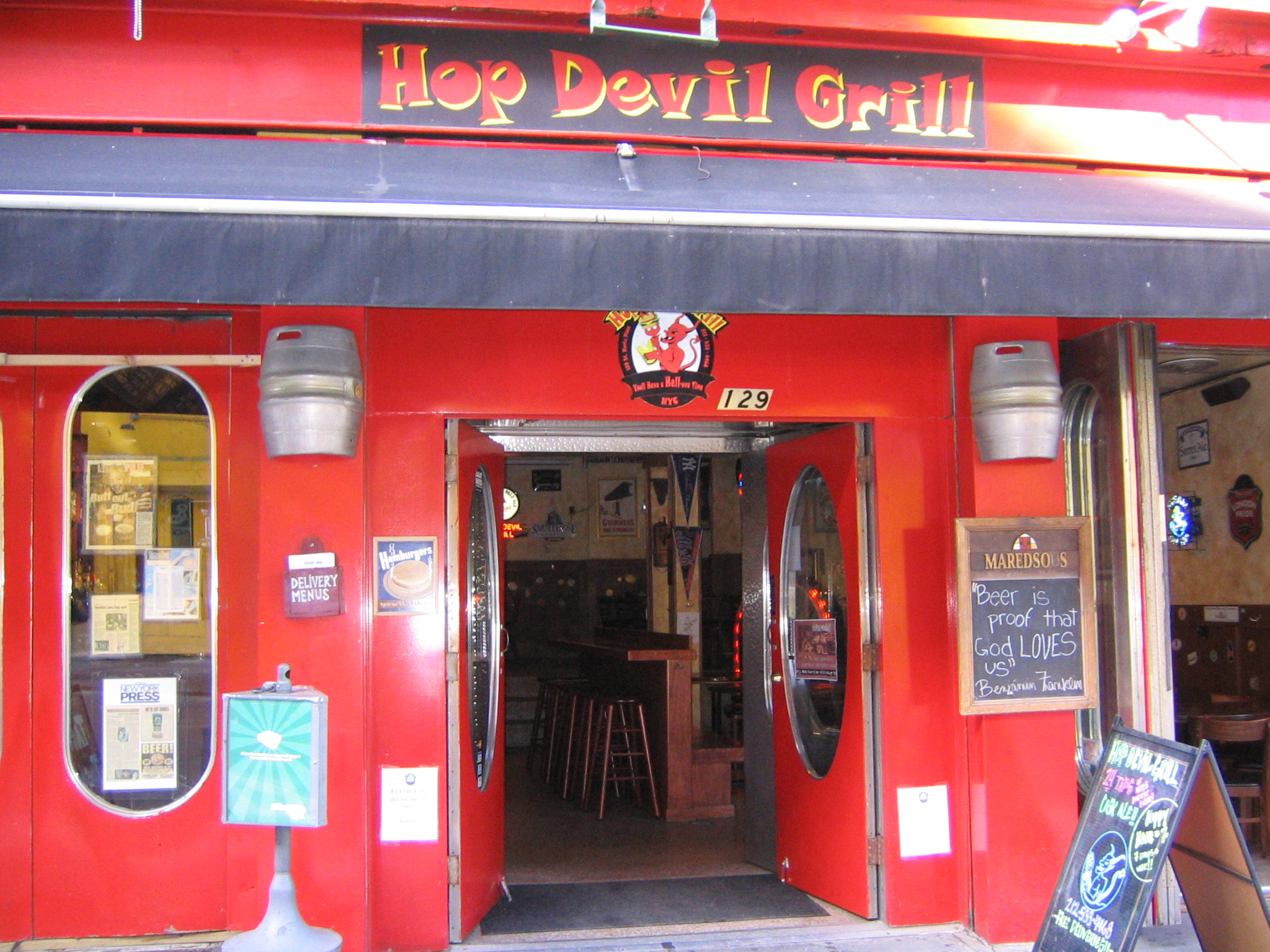 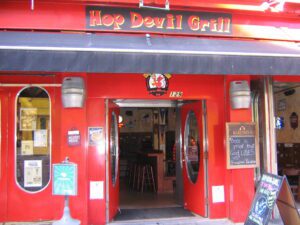 Evil this place is not. But Satan’s lair is flush with beers. Service? Not so much. To be fair, though, we hit this place at an odd time. It was in that twilight hour when waitresses are changing shifts, standing around prepping and sharing tales from the night before. Half of them are in the back snorting or primping or teasing or whatever it is these big city bartenders and cocktail wenches do to stand through another night of drunk jerkoffs asking for i.p.a.s and French fries. All kidding aside, our person was very helpful once we tracked her down; answering questions about beers with the ease of someone who had sampled each and every one on more than one occasion. I’m certainly no beer snob, but my buddy has been doing the homebrew thing and knows his stuff. It was cool sitting there listening to them talk like your refined co-worker (yours, not mine) discussing the fine points of certain wines on the list with the semolier. And to think I was just gonna order the Pilsner Urquell and be done with it. Because it was early, the place was mellow and relatively quiet. The weird space gave away the fact I had certainly been there before in one of its previous incarnations (which I seem to recall being Stingy Lulu’s). The front bar is fine, and actually pretty comfortable, with wooden tables and a decent size bar with televisions, but there is a weird dead space on the way to the restrooms that looks more like a mistake than anything else. I think it like wraps around and leads to another room, apparently for the overflow of grill customers or for their Belgian fries. I guess you could do worse than chilling with a choice of over 100 beers and sports on the tube–that is unless you were trying to meet some drunk co-ed looking to break in her new 1-980-mattres (you gotta leave off the last ‘s’ for suds). [MF]