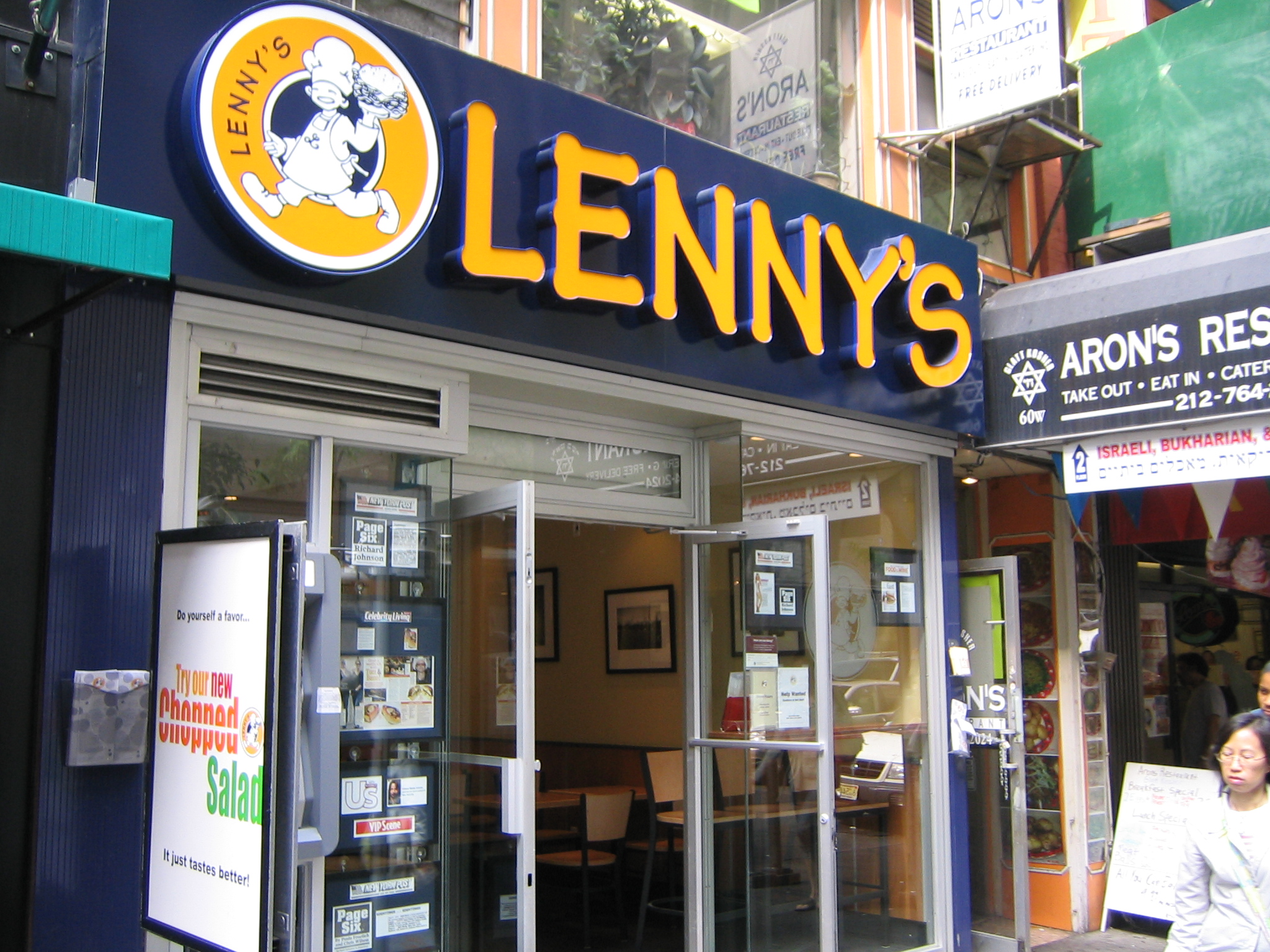 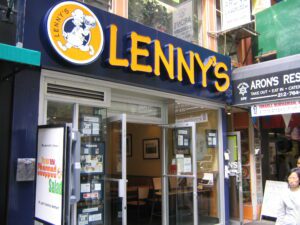 No it ain’t Denny’s. Remember that horrendous ad campaign from the 80’s where the two somewhat elderly women are always going to Denny’s, and one, who is hard of hearing, always thinks it’s called Lenny’s? Hahaha. That’s some funny shit, making fun of the old and the deaf. Apparently she can’t read either (or is just too senile to remember), as you figure she’d get a clue after going to the joint like 100 times. Nothing like lame free association to pad the fact I don’t know the first thing about reviewing food. I know those of you who read this thing on a regular basis will be surprised to know I had a chicken sandwich after looking over the somewhat confusing menu. I was then thrown into yet another queue methodology (every place has its own cure for overcrowding and general order-and-pay rigmarole). I’d liken this methodology most closely to that of Quizno’s, but I’m an ass and probably did things wrong. The grub turned out to be pretty damn good, but overpriced in that Midtown, captive audience kind of way. What happened to the days of four dollar sandwiches? I can’t even imagine how much the markup is on a couple pieces of bread, a chicken filet and some lettuce and whatnot for like eight something. And they do a serious volume business. I guess as long as idiots like me are willing to pay these inflated prices, they’ll just continue to be rooty-tooty fresh ‘n jerky. [MF]