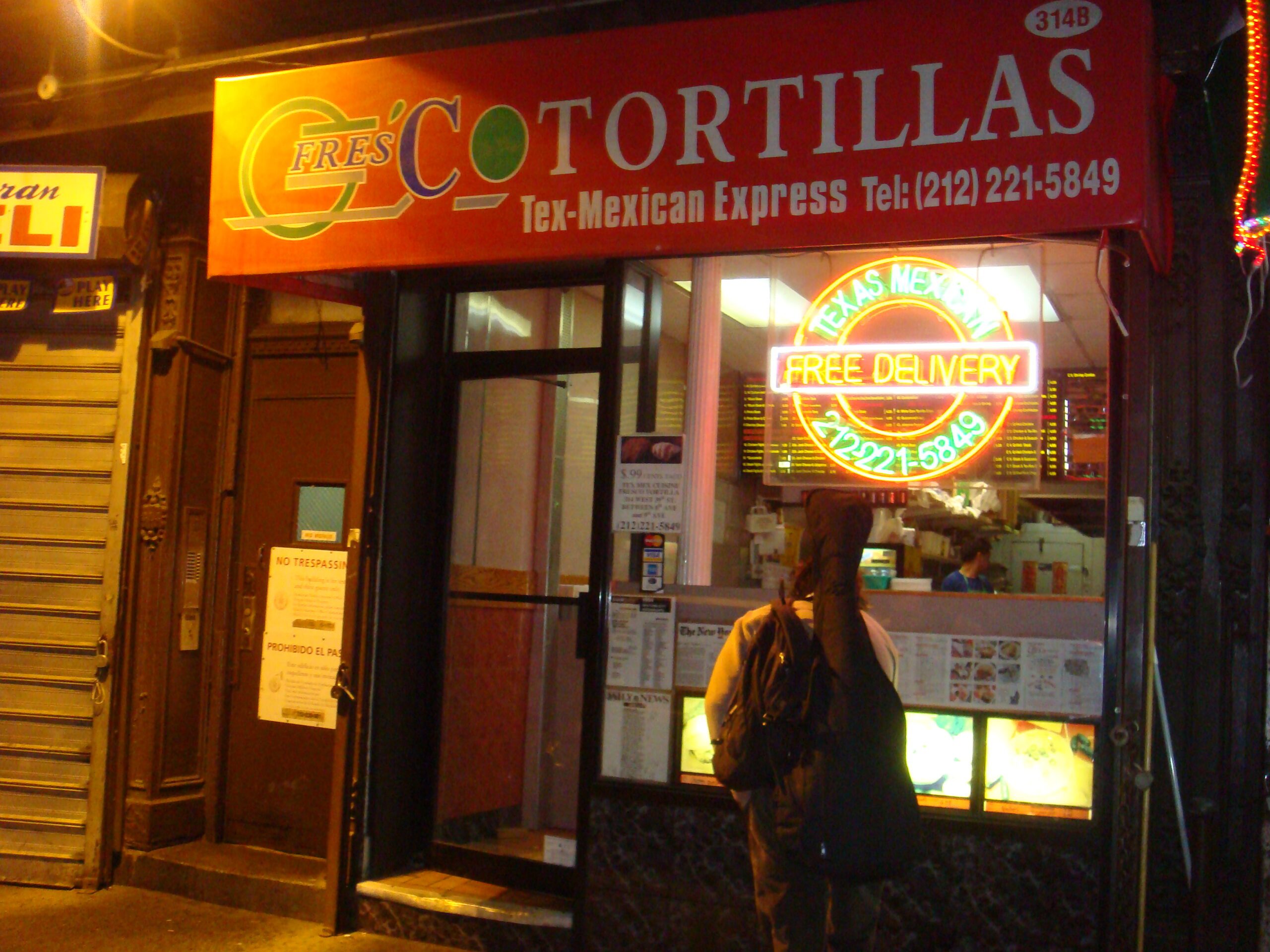 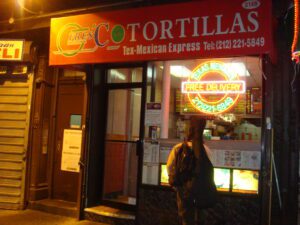 There’s a certain je ne sais squawk about Chinese Mexican food. Everything tastes vaguely of chicken fat and industrial grease. It has that weird mass-produced taste despite it being clearly cooked by the tooth-sucking, volume-control-challenged brother-in-law of the nice woman behind the counter who takes your order by number from the big board above the take-out counter. It sounds familiar, and like some other cheap, greasy ethnic food place, but I just can’t put my finger on it… I stay in relatively safe territory and stick to the chicken quesadilla and taco al carbon, which is basically a strangely opaque-ish tortilla wrapped around some chunks of very tasty beef. No frills here, no way. Going with the theory that anything dipped in grease will at least taste good going down, this joint serves it hot, cheap, fast and tasty. It’s honestly not like eating Mexican food at all–much in the same way Taco Bell isn’t eating Mexican or McDonald’s doesn’t really constitute eating a real burger. They are a separate and unique eating experience in and of themselves. Sometimes I don’t want a giant mom burger or even a hearty burrito from my neighborhood Tex-Mex joint. Sometimes I want the microwaved thing that if you really think about it has no business calling itself meat, or in this case, the hybrid weirdness of Chinican or Mexinese grub that not only gets the job done in a pinch, but leaves you wanting more. Oh, don’t expect the craphole of a storefront to win any design or cleanliness awards–germaphobes and decor snobs beware. And be sure to, for your gut’s sake, take a break from the place for a few weeks if you walk in and the same nice lady behind the counter tells you your order from memory before you even know it. Scary. [MF]