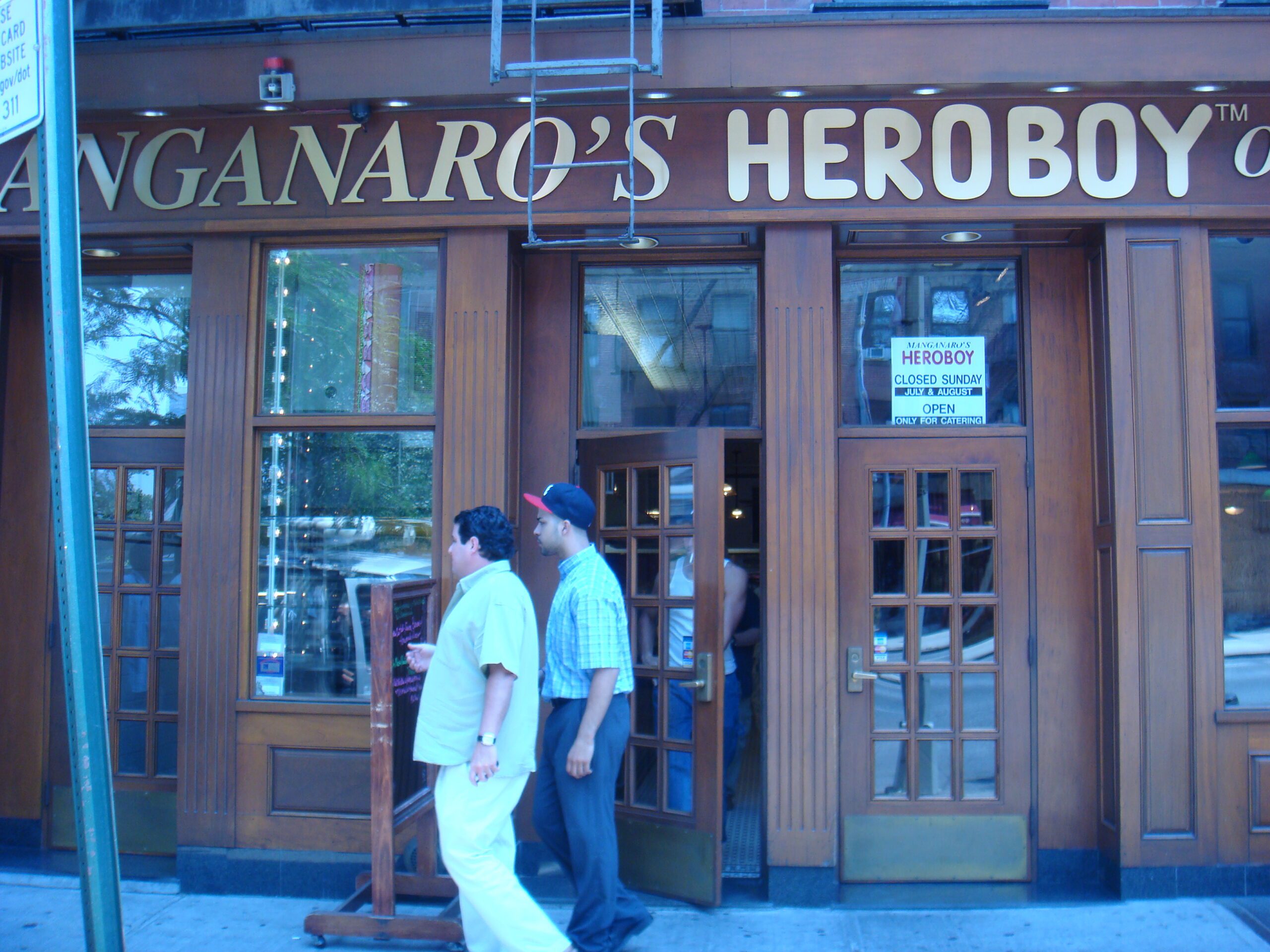 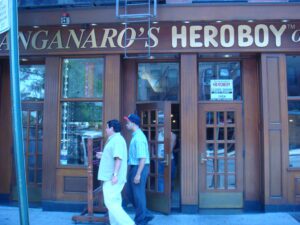 There’s this whole history behind the Manganaro’s name. Still in existence is the original shop, which sits right next door to this half-hearted cousin. That original joint is so horrified by Heroboy, in fact, that they specifically put a sign outside their establishment trying to distance themselves from this place. That’s all ancient history, apparently, but bad blood is bad blood. The unfortunate thing for Heroboy is that the original restaurant seemed to take all the brains from the relationship. To call the staff in Heroboy inept is to take whatever dignity inept folks might have in their dim little lives and crap all over it. I got questions after ordering the chicken and avocado sandwich special such as, “Do you want avocado on that?” and “Do you know if that’s our special today?” There were actually some others that I don’t recall. There was also some fumbling and disagreement between co-workers over the kind of chicken to use (grilled vs. fried) as well as the size of the chicken cutlet and some general confusion over what to do with the lettuce. Luckily I was one of two patrons in the rather large restaurant, so it didn’t impact other customers, but it was actually pretty entertaining. To say they were inept was not to say the help wasn’t nice, which they were, but watching this ballet of dysfunction just made me wonder if the chicken was going to be cooked all the way through. At least the sandwich ended up being relatively tasty, and at the end of the day not too expensive. That was because it was the daily special, of course, but it even came with some nice homemade chips and a cute little bag that makes you feel like a giant dork carrying it up ninth Ave. I walk by the shop on almost a daily basis and haven’t seen that same sandwich special since–nor have I seen any kind of sandwich special at all. They seem to be more into like pasta and eggplant parm and stuff lately. Odd considering the place is called “Heroboy.” Last time I checked a hero is a kind of sandwich. But this lack of clarity isn’t surprising considering what’s going on with this joint–not the least of which is the fact they make the guys behind the counter wear silly paper hats like workers from McDonald’s circa 1974. There is just no way to be taken for anything other than a giant man-child wearing one of this things. [MF]