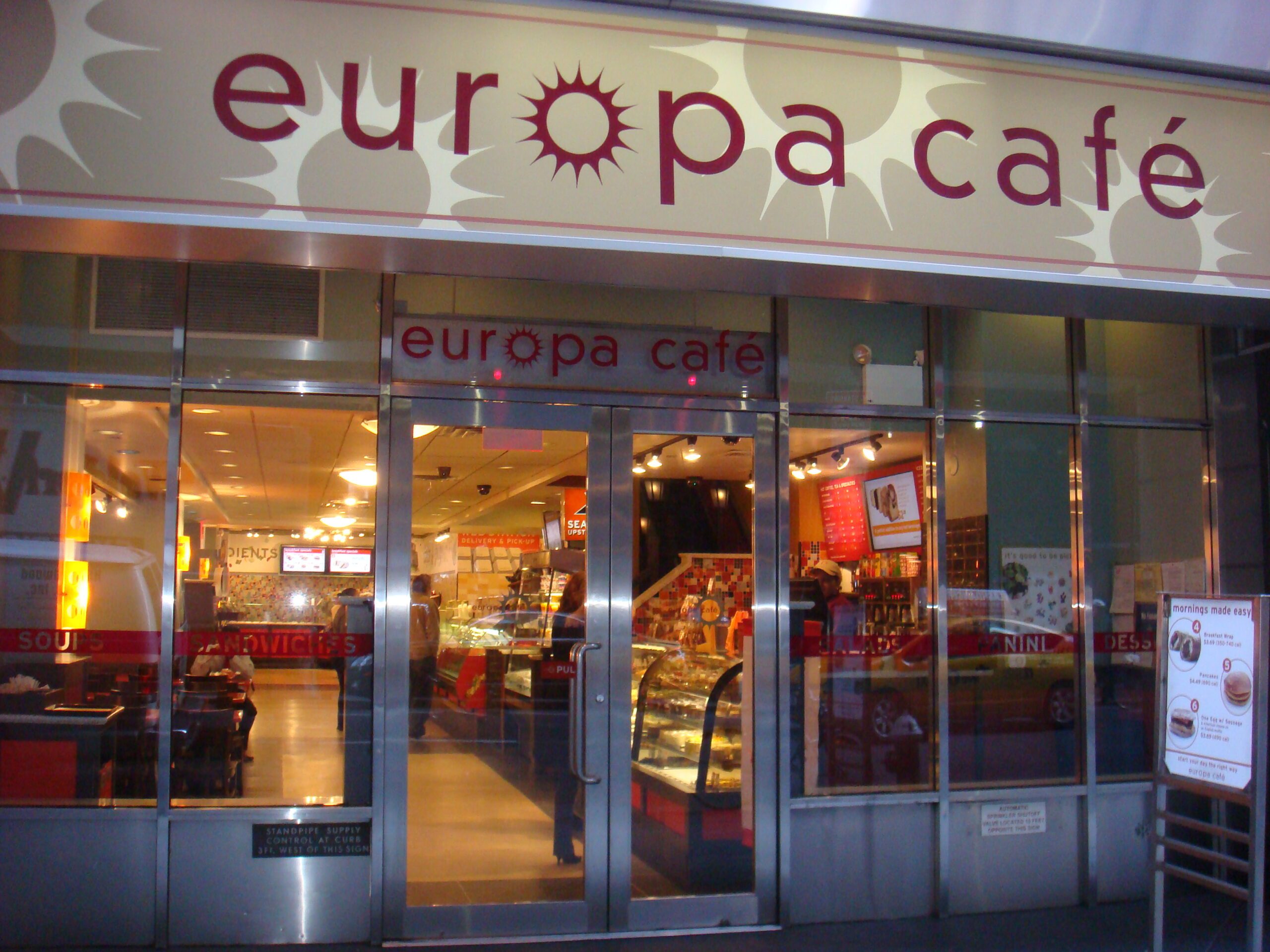 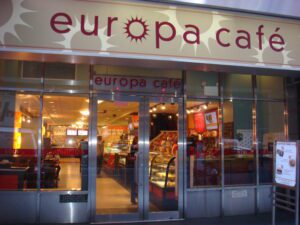 I seem to recall this chain first popping up in the Times Square area several years back. Since then they’ve practically outpaced the original expansions of both Starbucks and Krispy Kreme in the midtown neighborhood. They’ve sprouted like unwanted toadstools to serve the teaming tourist masses. This one, tucked neatly in the side of the Sony building, is less of a destination than a desperation grab. For me it was purely out of sheer starvation that I ducked my head into its rather unwelcoming space to grab a Thai chicken wrap–the same Thai chicken wrap served at just about every other chain, including Cafe Metro and Younameit Bistro. Oddly there’s another much more appealing location a mere two blocks away on Madison. So why go to the annex of a chain meant to fool gullible Europeans into dropping their hard earned Lira when you can go to its equally sucky, but better lit, cousin just up the block? [MF]