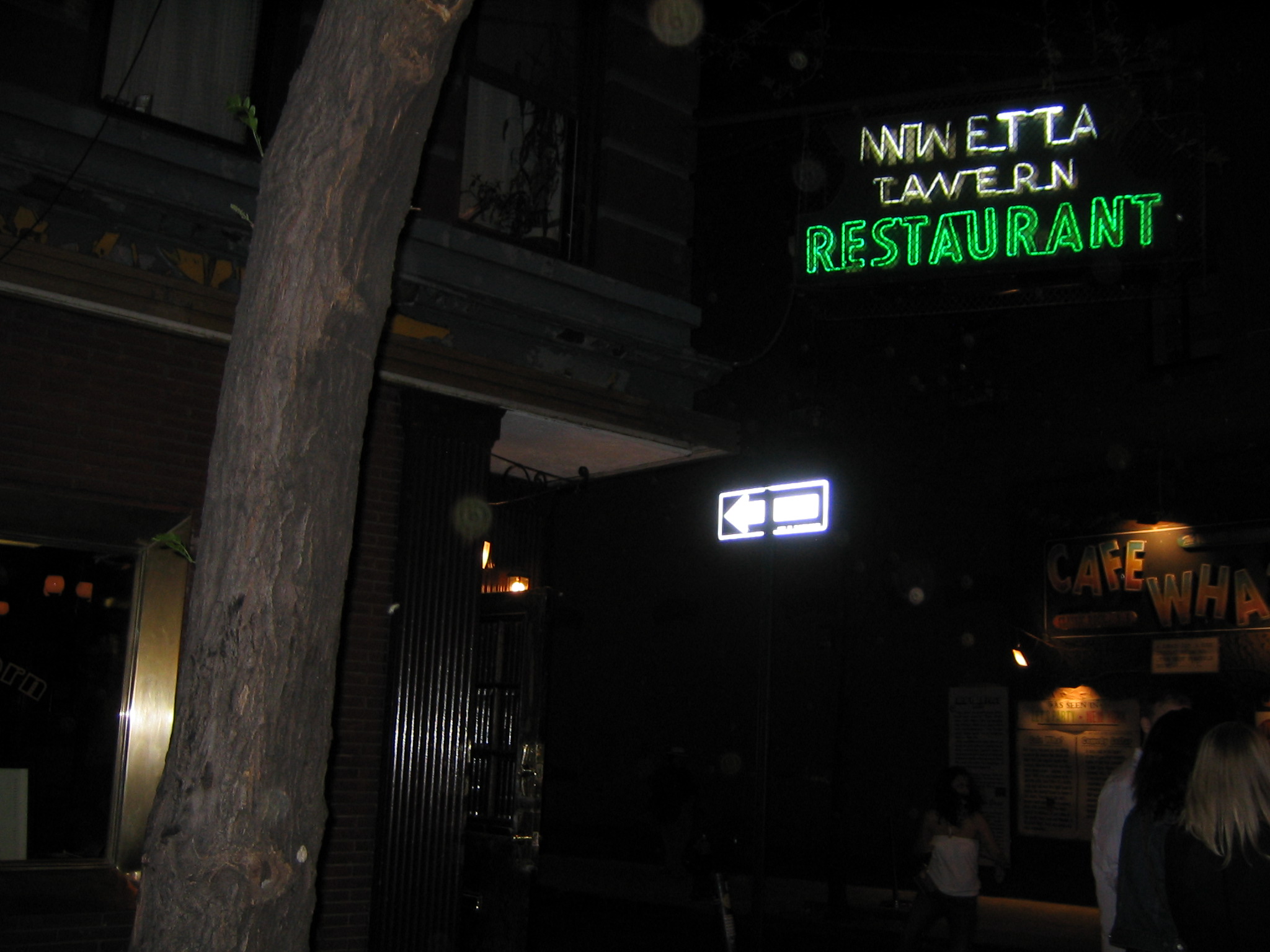 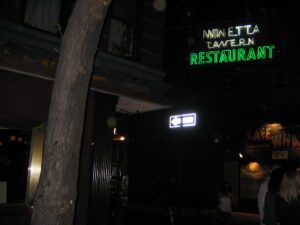 The fact that this thing is just getting its place on The Survey in late 2007 is pretty funny. I’ve been doing this for a few years now–more than I’d like to admit, really. But there is no way in hell that I haven’t been to this place in the past twelve or so years since I first moved to Manhattan. I vaguely recall coming here as an eager twenty-something in the late 90’s, but that recollection–along with most of my brain cells–has slipped away with a decade of too much work and too little booze. That revelation aside, it was good to see that this place, in all the times I’ve walked by it, is exactly as I’d imagined it inside. Granted, anything that calls itself a ‘tavern’ generally traffics in a concentration on hard drink and low lighting. Minetta Tavern is no different. I just love drinking in semi-darkness. If there was a bar in a cave, I would completely be its best customer. This bar got it right in that regard. Of course I was pretty well into my cups by the time our group rolled in, and it could have just been the cloud of an alcohol-induced blackout on the horizon, but they seem to understand the rustic and comforting feeling of inky blackness enveloping your high. Or maybe the joint is just filthy and they’re pulling a fast one on the inspectors and unwitting patrons. Either way, the place did feel homey and inviting. That could have been because the average patron was about my parents’ age, but… So don’t be like me and let your entire New York City experience almost escape without a visit to his institution. [MF]