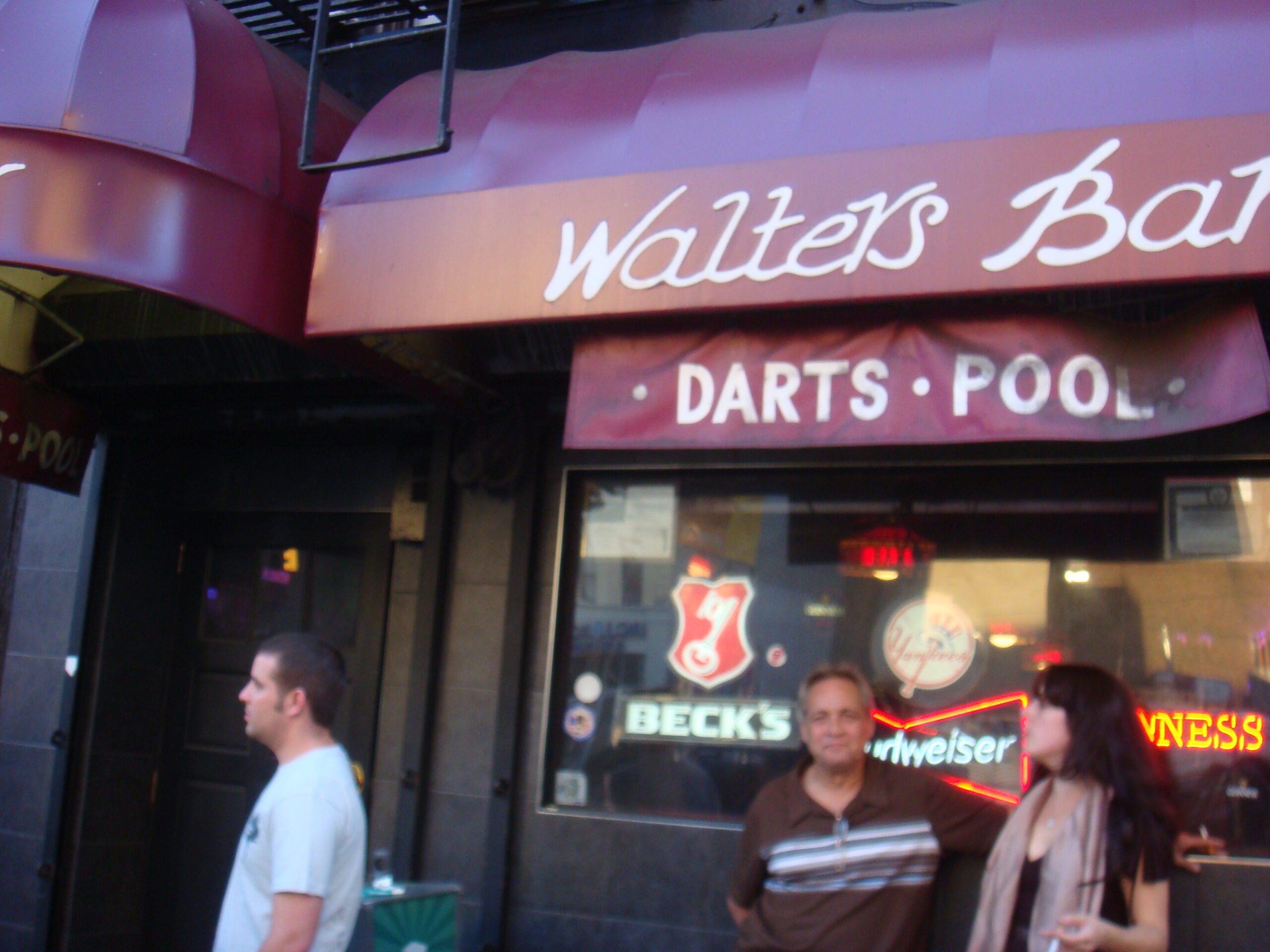 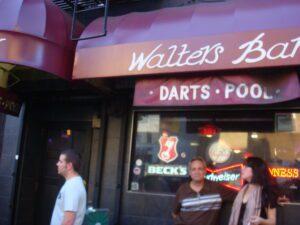 I’m not really sure what to say about this place other than I think my fraternity basement might have actually been a little classier. Now this, my house’s basement, had a bar top made from pennies, some strange broken arcade-like equipment and a dj booth built for hobbits and bound pledges. Walter’s had, um, some nice fake brick, maybe a pool table, a couple dingy dart alleys and some other crap that I thought I better not touch. I know they say you can’t catch syphilis from plastic and/or wood, don’t they? Well, regardless of what I think about communicable diseases and their ability to cling to synthetics and dead foliage, I thought I aught not come into contact with anything not hosed down by bleach or strafed by napalm. Granted, I don’t think anything could have stuck to the fake brick walls or clung to the beer-soaked bar, but I did detect some sort of fishy organism crawling around the rancid commode. Sure, I’m exaggerating a little bit, but to say the joint could use a maid service is certainly a monumental understatement. From what I could tell, this is a family-owned dive bar that services early morning drunks and extreme spillover from MSG events. It’s short on frills and high on domestic beer and camaraderie. Despite the lack of clean I managed to emerge without any open sores or uncomfortable drip, so I consider the experience a success. [MF]