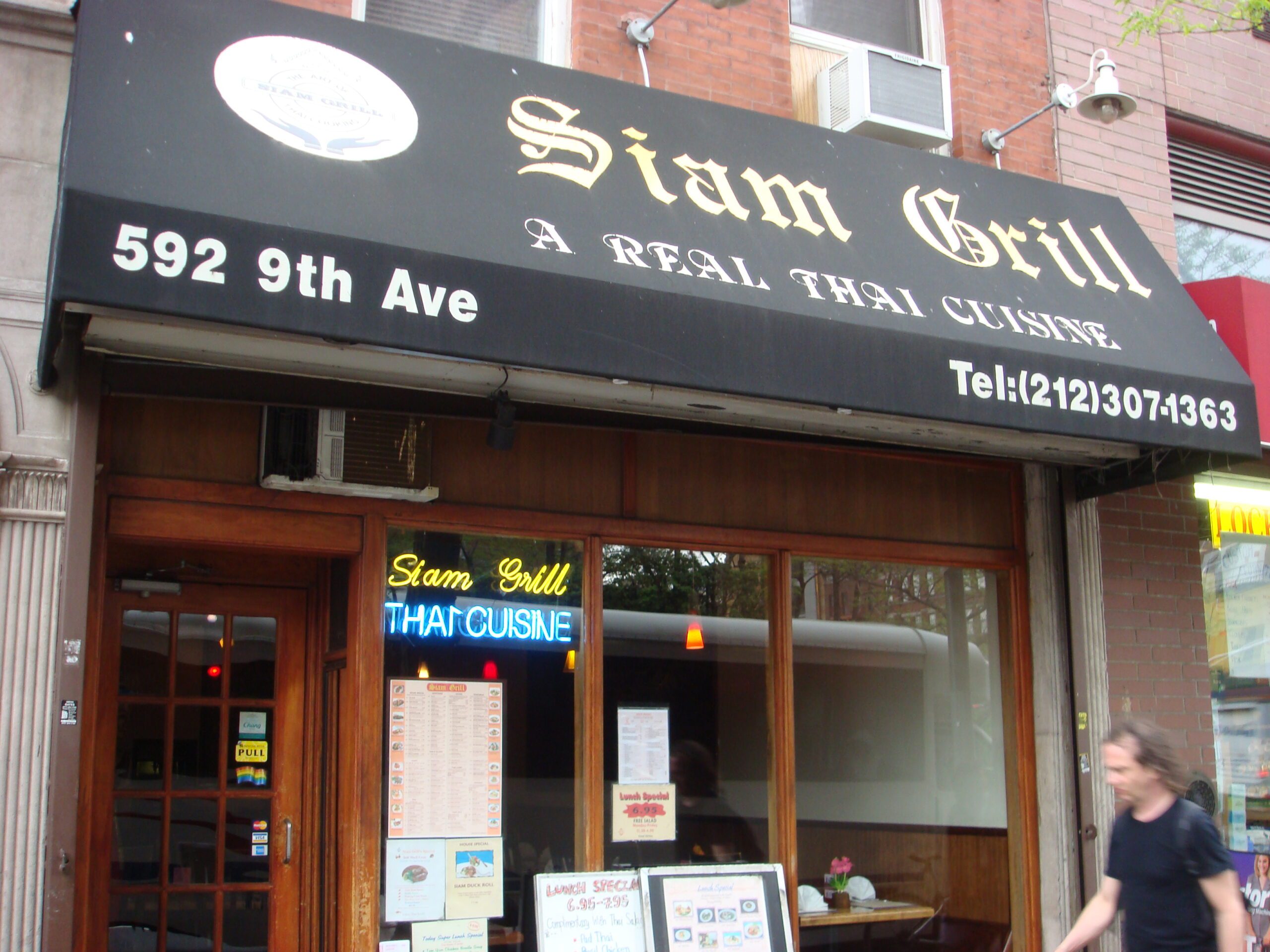 It’s odd that I somehow spent five years working both directly north and directly south of this Thai bistro and somehow never managed to darken its doorway. Perhaps it’s because there are like 500 Thai restaurants within seven square blocks of this joint both with very similar names and even more similar menus. It’s totally possible that I actually did chow down here once before but didn’t note it on my “to review” list because I thought I had already been here. Stranger things have happened. It turns out that the place wasn’t half bad in that generic Thai lunch special kind of way. Granted I ordered the white guy special, chicken pad Thai and a Diet Coke. I’ve never really recaptured the pad Thai of my youth at any of these joints in NYC. That pad Thai was sweet, almost desert sweet, but interspersed with the perfect amount of salty chopped peanuts and crisp bean sprouts to cut some of the general mushiness of the dish. Maybe that was LA Thai or something? Perhaps it was the pool in the middle of the dining room (this one place was housed in an old pool and spa showroom) that livened up the dish? Whatever the case Siam Thai captured some of that youthfulness that’s been missing since my second Thai awakening at the hands of Jasmine way back in the mid-nineties. So despite its forgettable name and anonimity in a neighborhood filled with clones, I enjoyed no only my meal, but my surroundings as well as the atmosphere–even if there was no pool. [MF]