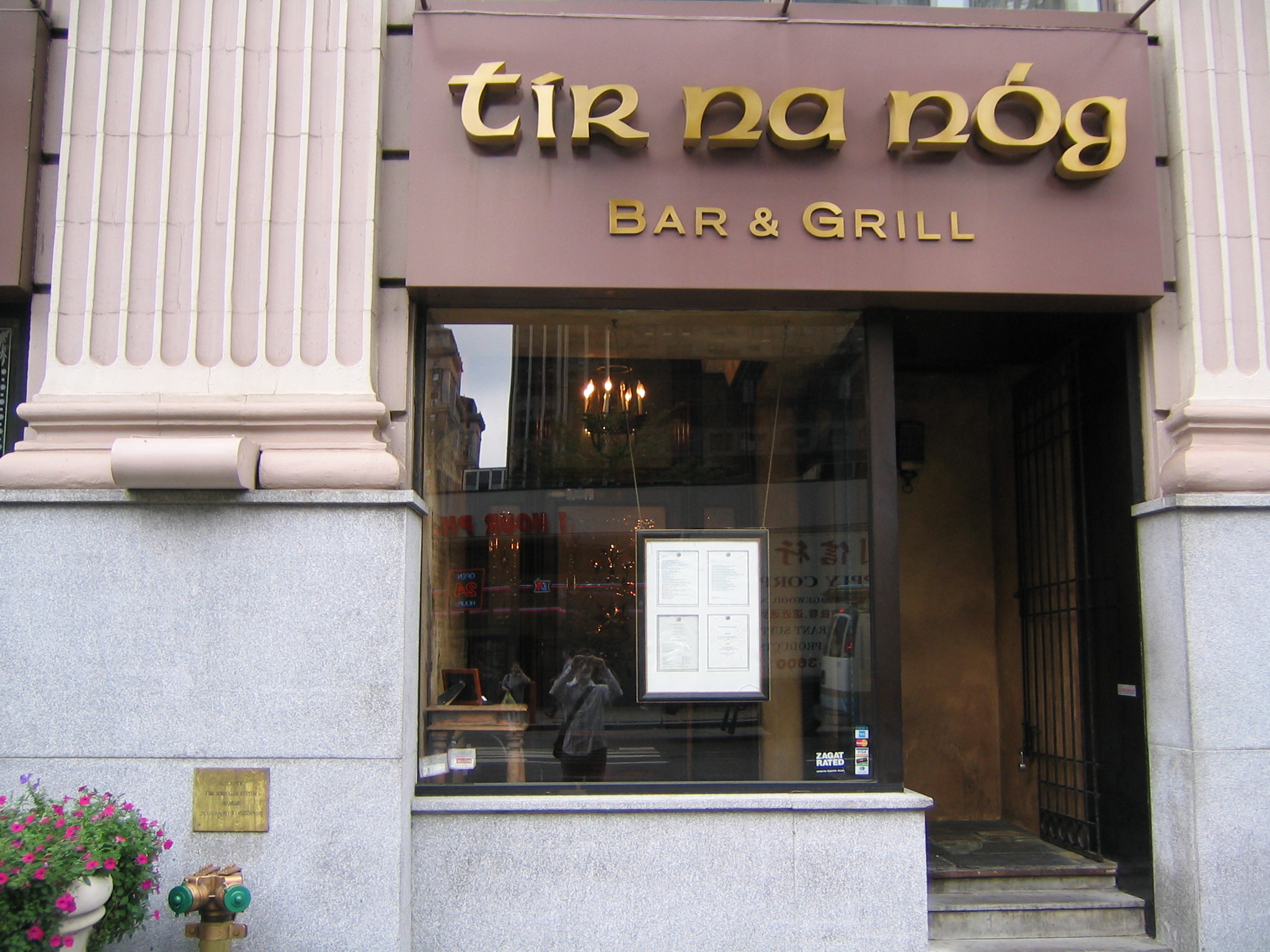 We could have all sorts of fun with this name (especially with a word in it that rhymes with hog), but we will refrain in order to give the impression that we’re in any way professional and sane. After all, my “Erin go braless” joke didn’t go over so well at a co-worker’s party last month (it was her birthday, I was drunk and it was true). Considering the meathead quotient at this joint, I don’t think they’d get my Gaelic puns anyway–even if I did drop a total doozy. Actually, the crowd varies depending on what band or team is playing at MSG. The hockey fans (I think that sport and weak fanbase still exist) are always the scariest and fondest of light-colored American brew and fighting. I don’t know for sure, but I think Tír na nÓg translates to “big sweaty zoo,” as we crammed our little group into the bar’s crowded, humid confines. Made even less bearable by the hot rain falling outside, I wanted to just swing my bag in a giant arc and knock anyone within five feet of me on his or her ass–be he or she friend or foe. Despite the pressing bodies, it was miraculously easy to get a beer. I chalk that up to observant bartenders who can pick out a thirsty, over-heated patron in a sea of pretenders and space-hoggers. It’s a matter of keeping your head up and eyes moving. That Asian chick with the giant cosmo standing at the bar isn’t looking for another drink any time soon. The exterior of this place looks like a stripmall bar in Peoria. The interior is also unremarkable, but what do we expect from a place whose soul purpose for existing is to get drunks drunk so they can drunkenly shout stupid shit at dudes in athletic gear making twelve million a year. [MF]