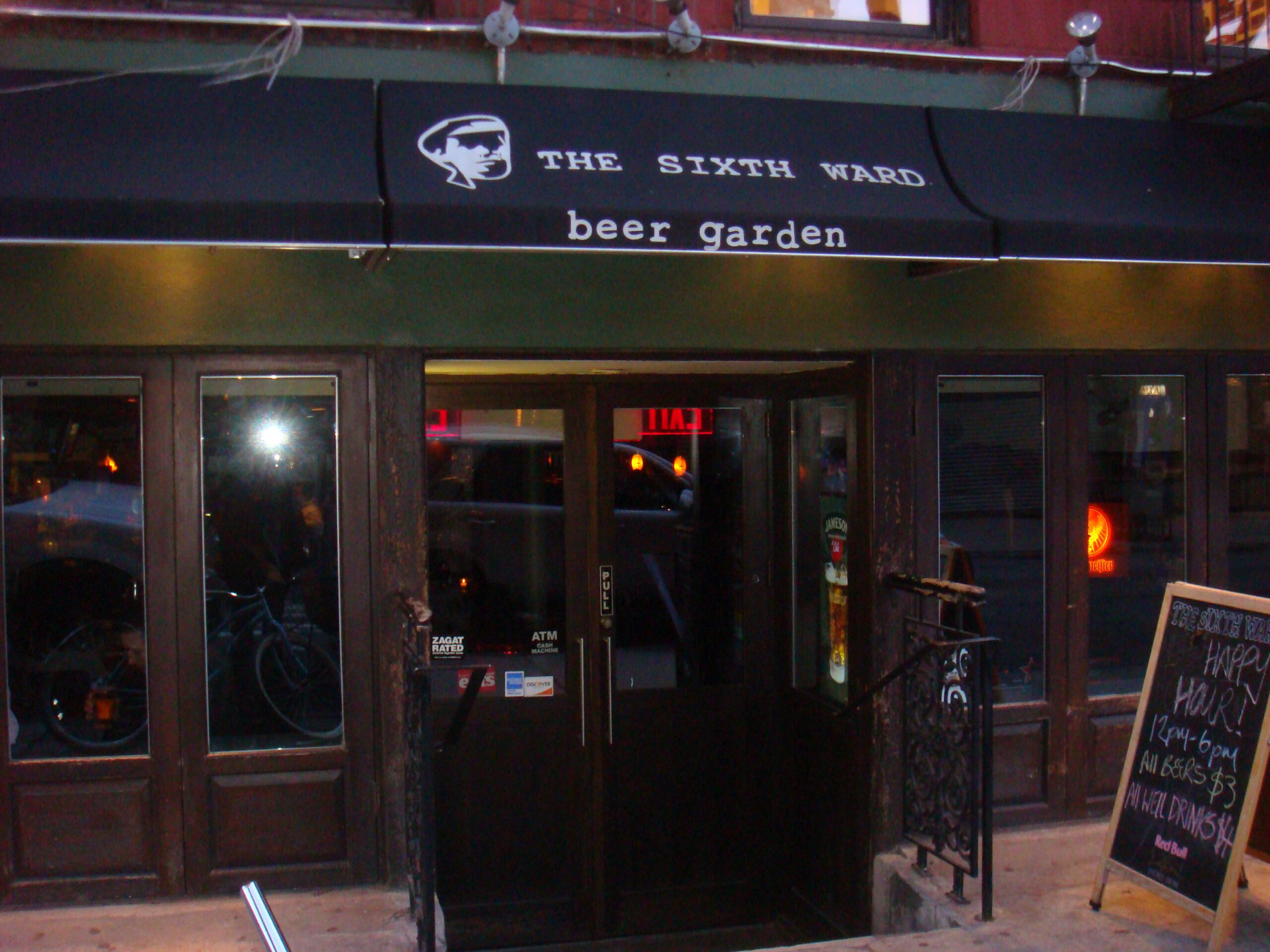 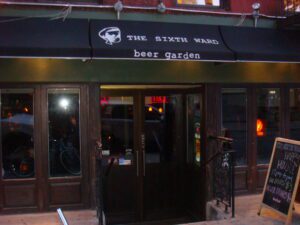 This, it turned out, was one of those time-killing situations that present themselves when the second of your two-person party is tied up at work or the F train fails to show its soot covered face. Such opportunities often lead to late night drunkenness as you stand awkwardly in a space alone, casting glances every two or three seconds at the door like an expectant dog (half because you actually expect the person to show and half to save face and not be the creepy alone-guy at the bar), all the time with a beer in hand and no table to rest it upon. In this particular half-terranean (not quite sub) space I stood at what amounted to a small outcropping equal to the width of the bottom of a pint glass built around a pillar that I assume propped up the low ceiling. It provided little cover in the rather large bar, but gave me just enough to eavesdrop on a group of dorky (yes, dorky) girls sitting at the bar talking about boys ‘n’ stuff. They seemed to not notice my skulking figure, or at least trusted me enough due to my superior fakes of looking at my watch and then the door and then shaking my head to know I wasn’t there to follow them home and murder them and their cats. So I downed a couple Guinnesses and listened to them blah blah and looked around at the virtually empty, but cavernous space and wondered how life had brought me to this dead end of a bar. I went to order my third beer and caught the bartender yawning and checking what was probably a pre-cancerous mole on his left arm. Even he couldn’t believe fate had dealt him this blow (the job, not the cancer). So I passed on the brewski and hoofed it over to another bar in the neighborhood to restore my faith in drinking. [MF]