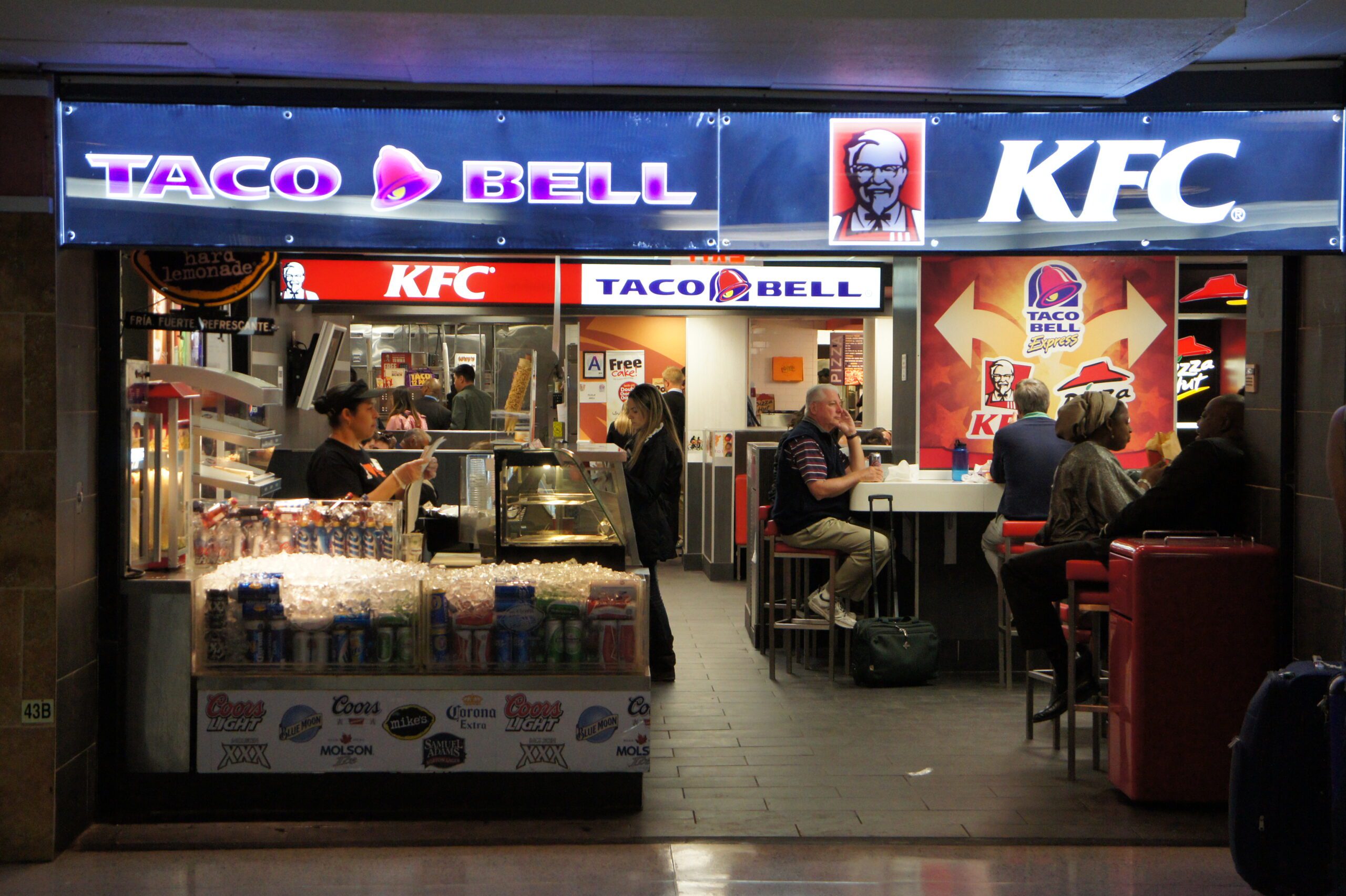 You’d have to be crazy or completely desperate to end up eating here. Combining boil-in-a-bag meat and the shitshow that is Penn Station is enough to make the rats snicker. And this location’s weird interior space that’s sort of buried behind a KFC doesn’t add to its appeal. It’s as if the building is almost ashamed of it. That’s kind of like a leper being ashamed of a stubborn zit. But, honestly, there’s nothing inherently shameful about Taco Bell. I think I literally ate the stuff every day for the entire summer of 1990. And I’m still alive with only a little arteriosclerosis. Of course this was in Los Angeles, a city where one can get real Mexican food and not this processed garbage that purports to be from south of the border. But, honestly, sometimes you don’t want a beautiful steak; you want a cheesesteak. Or a nice, juicy charbroiled burger, but a flat, grey disk from McDonald’s. Or even a “pizza” from Pizza Hut or “chicken” from Popeye’s. Like those, Taco Bell is its own thing. It’s its own food group. It’s not Mexican, it’s Taco Bell. Ding. Dong. And, though by patronizing this location I had pretty much hit rock bottom, that familiar crunchy “taco” flavor was exactly what I wanted at that particular moment in time. And though the fifteen and a half Penn Station residents that I saw laying in their own feces and/or shaving their armpits over a trash can tried to sway my appetite’s goal to satiate itself with that canned cumin and chili powder aroma, I powered through and… was really quite disappointed by my experience. From the lackluster customer service experience (I know, surprise right?) to the limp-ish quality of the food itself, it felt like the watered-down version of the Taco Bell of my memories. Perhaps. And only perhaps, it was the influence of some third-party substance that cemented TB in my teenage brain as the go-to fast food in times of desperation. Though I did live right up the block from a location in NYC for years as an adult and still ate it at least once a week without the help of any kind (beside the devil on my shoulder). [MF]