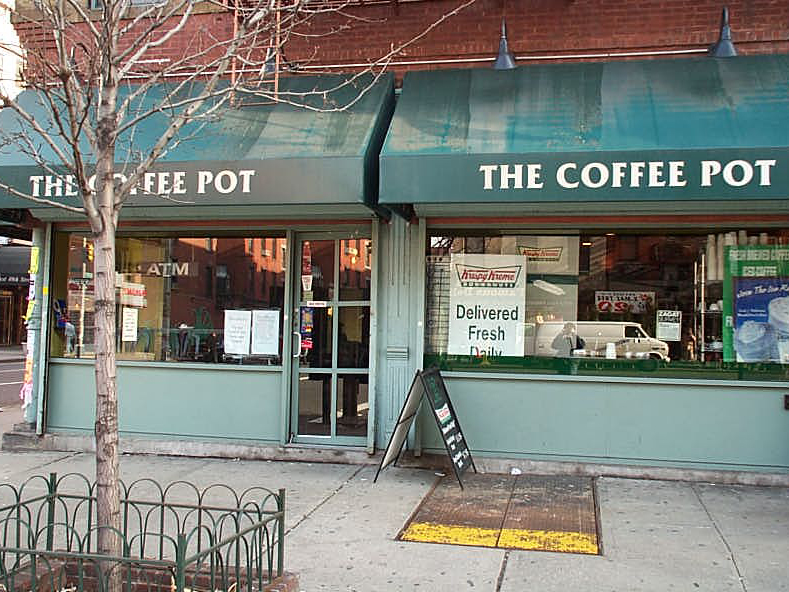 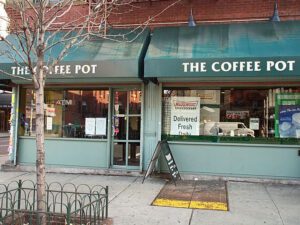 I have a coworker who once called the Coffee Pot’s soup “the worst swill I have ever had–somewhere between snot and what I imagine liquid Tide might taste like.” I can’t claim that as a direct quote, but it’s in the ballpark. He then pulled back from his original statement and claimed that it was one particular soup he had there that was horrendous and that everything else has been wonderful. I, personally, do not believe in soup. I mean, I think it should exist, but only when trying to cure a cold or when it’s topped in cheese with bread floating in it, or thick as cream and filled with clams and octagonal crackers. Soup isn’t a meal. Period. That in mind, I opted for some sort of chicken wrap during my one visit to this place, and I’ve been sorry ever since. It has turned into a war of wills, all based on a stale sandwich and my confusion over people’s love of liquid lunch. Imagine, if you will, a somewhat shabby Starbucks serving what appear to be day-old sandwiches from Eli’s and soups that can apparently turn their biggest supporter–if only for one day–into a fucking blubbering dissenter. [MF]