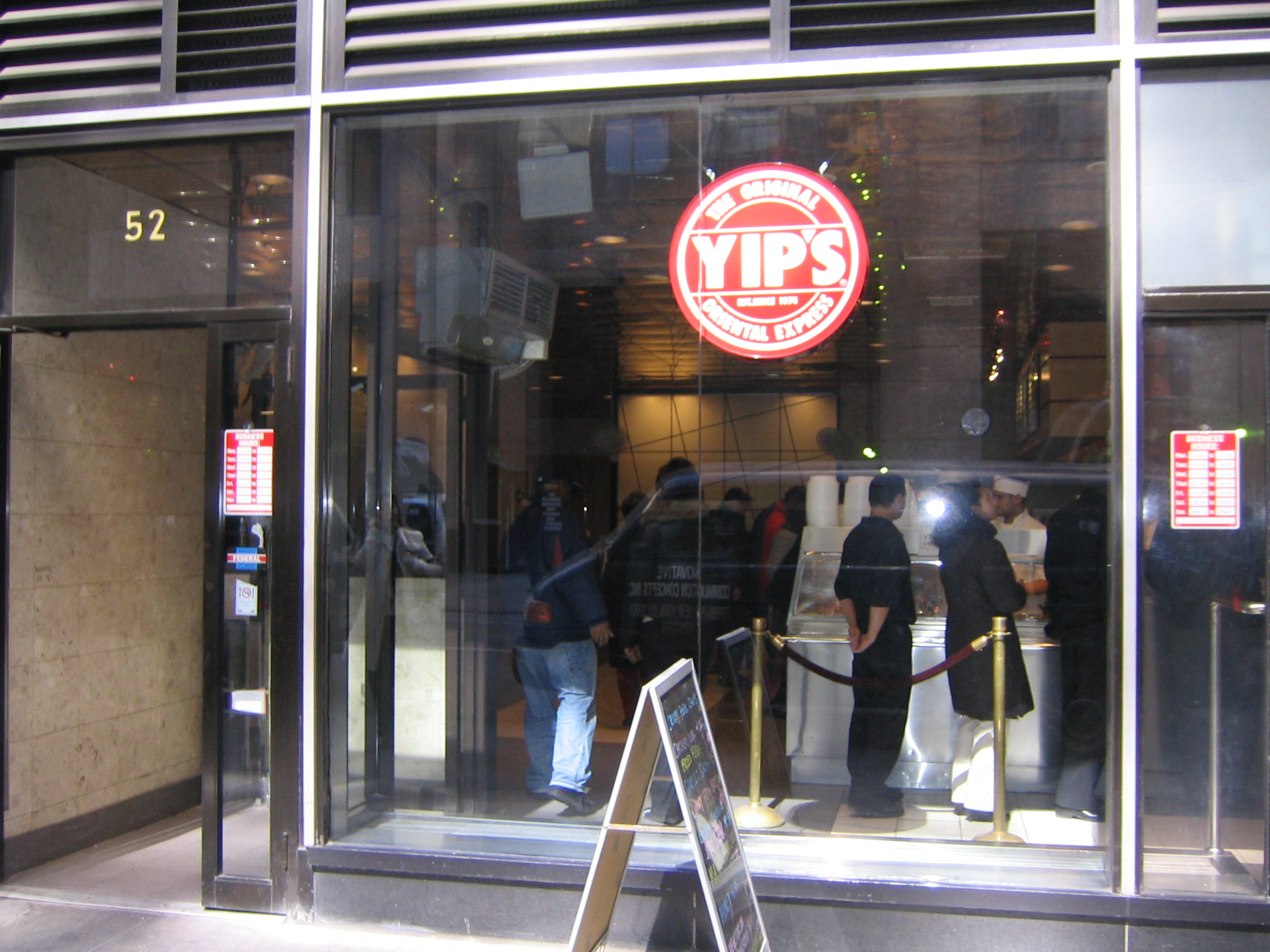 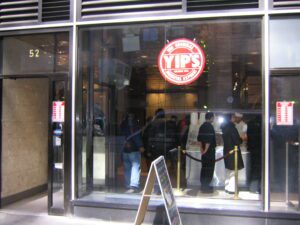 One should not eat this way hitting thirty. A bowl full of fetid cholesterol and saturated fat is like swallowing a live grenade for a man my age. But it’s so good, what’s a little shrapnel to the bowels between octogenarians? Honestly, they should call this place Yums! If teriyaki and barbeque chicken could supplant God as, well, god, there would actually be a lot of grateful folks out there just waiting to grovel or shimmy (or whatever one does in front of their deity) at the bowl of greatfulness (sic). It is rare for me to actually daydream about poultry (unless it’s that Burger King chicken guy who just freaks the hell out of me), so this must be some seriously special squawkmeat. The place has all the earmarks of an awful Chinese fast-food chain, including the assembly line set up, the multiple steam tables and guys with giant spoons and paper hats just waiting to scoop you a glob of congealed MSG and cartilage. But looks can be deceiving. The meat is actually of a decent quality, the food fresh and hot, and I have yet to bite down on a knuckle, knee cap or rotator cuff. Now my assessment was that the place was a total greasepit, but a Chinese co-worker happened to mention that she thought it was one of the least offensive in that category she has tried in a long time. This place is Chinese kinda in the way Taco Bell is Mexican. They take some Chinese foods and add their own twist to it. Last time I checked there was no barbeque or teriyaki chicken in Chinese cuisine, the same way I’m pretty damn sure that Mexico has never seen the likes of a chalupa or gordita. The good thing is that I could give two shits about authenticity when they make chicken that tastes like candy that tastes like sweet, sweet nirvana. [MF]