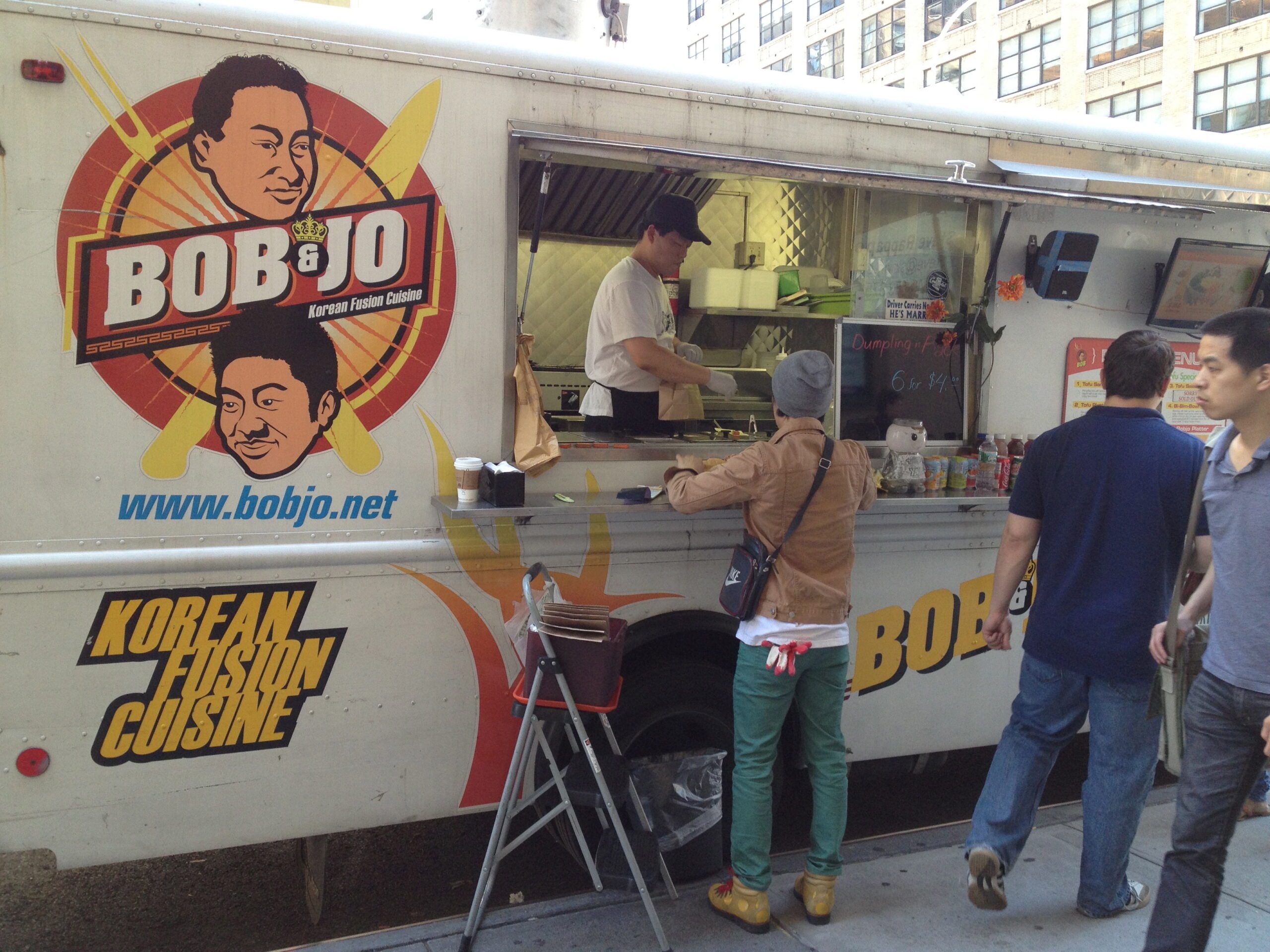 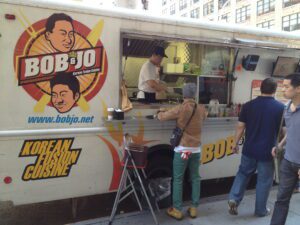 It’s amazing how many different cuisines have the standby chicken-over-rice combo. In this case you have Korean — or, rather, Korean fusion. Now, I grew up in a city that had a very large Korean population, including several of my friends in high school. And I witnessed first hand the power of Korean food and the havoc it could wreak on your eyeballs and mucus membranes. The stuff is strong-smelling and spicy as all hell. Perhaps this is why, then, our NYC Korean friends, Bob & Jo have decided that their food will pack as much punch, heat-wise, as a Southern California cheeseless pizza. I generally order the chicken that is advertised iconographically with not one or two, but three, chili peppers next to it on the menu. I can tell you that those peppers are an embarrassment to their vegetal race. Same goes with the accompanying kimchi, which tastes a little more like shaved jicama than fermented whatever the hell kimchi is supposed to be. Granted, I’m not crying too hard over that one, as I’ve never been a huge fan of the stuff ever since an unfortunate run-in with one of the aforementioned friend’s kimchi-breathing grandmothers. A story for another time. Anyhow, I’ve had the chicken, and while it’s not hot, it is certainly tasty as hell. It’s slathered in some sort of orang-ish sauce that is then topped with more of the same or different orange-ish sauce and served on top of white rice. Of late they’ve upgraded their side salad to include fancy lettuce and stuff, but that may have been a one-off. But the chicken, while probably not very healthy, has plenty of flavor and a decent texture that for the most part avoids the weird, rough dark meat knuckle-ish thing that some of the trucks occasionally serve. I tried the ribeye steak thing as well, and while it wasn’t as flavorful as the poultry, mainly due to the fact it wasn’t slathered in fat, it was pretty darn good. So if you placed this in front of me without context, I don’t think I’d have the slightest idea it was Korean, but that’s why we Americans just adore our fusion cuisine. [MF]