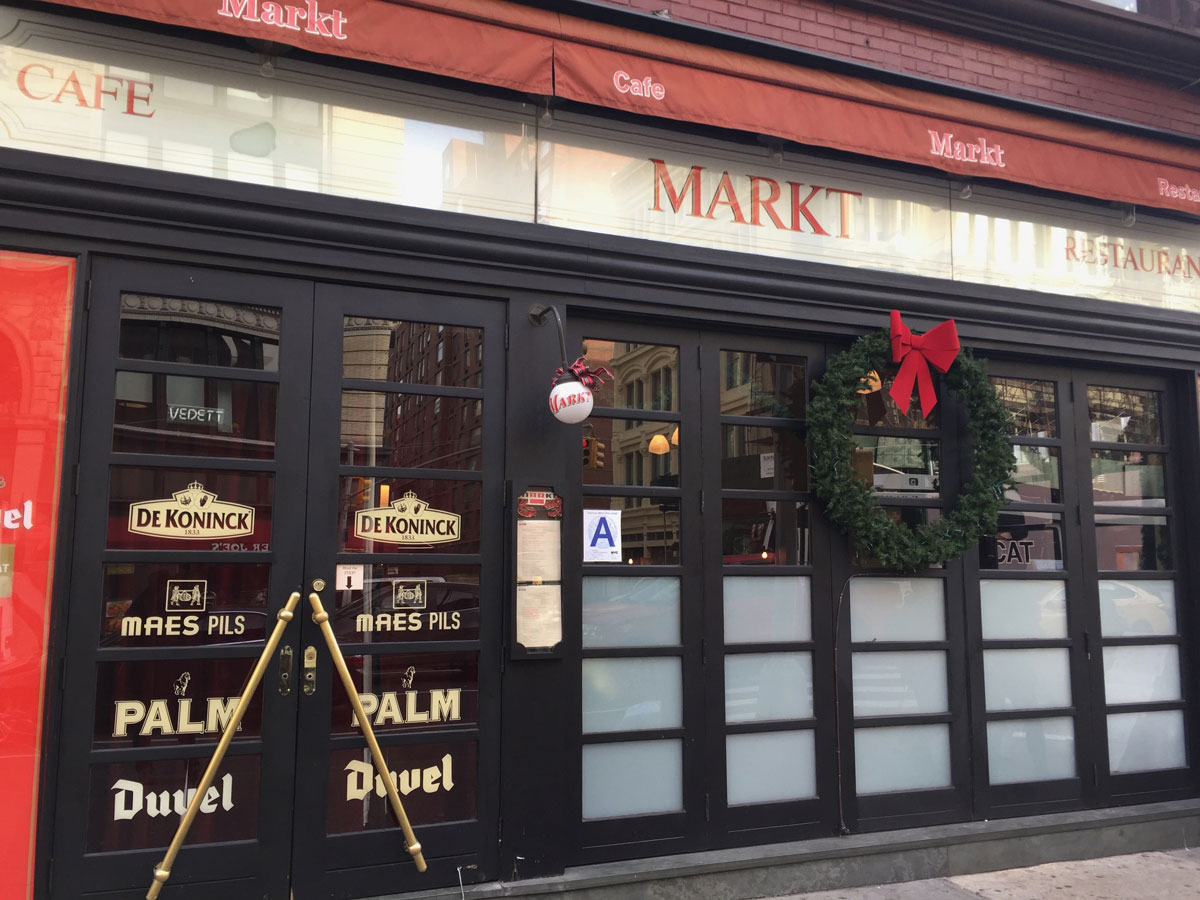 Definitely a come down from its massive original space down in the heart of the Meat Packing District, this diminutive version is a clean and neat Chelsea-fied version of the original. Gone are the dark coves, the schooner-length zinc bar and the crowds of 30-somethings packed into the large dark tables, babbling drunkenly over moules rouge. Here’s the Home Depot Expo version of the Belgian bar. Not that you can’t get some nice shit at the HDE (the ones that still exist), but everything has that sharp, mitered edge and is a little to overly honey-colored. Granted, this place hasn’t been given time to wear, but bringing the lights down a little, and perhaps importing some Parisian smoke might quicken the process and add back some of the flavor of its predecessor. Otherwise it’s a very serviceable place, albeit a bit generic in its tin-ceilinged niceness. We actually didn’t eat here, but instead stood at the relatively small bar and chatted first with a couple who seemed to be on a date, but was quickly denied by the fairer-sexed of the two. Much to the chagrin of the cowboy-booted male, me thinks. Then we met an old drunk who claimed to be a long time NPR man, and was clearly out on an extended wake for for some old dude (most likely in a bowtie) who died the day before. I think he made the girls sad, but I was fascinated with his tales of Mickey Rooney’s sexual exploits and how he longed for the return of the flapper. All in all a good, but really weird, time. [MF]