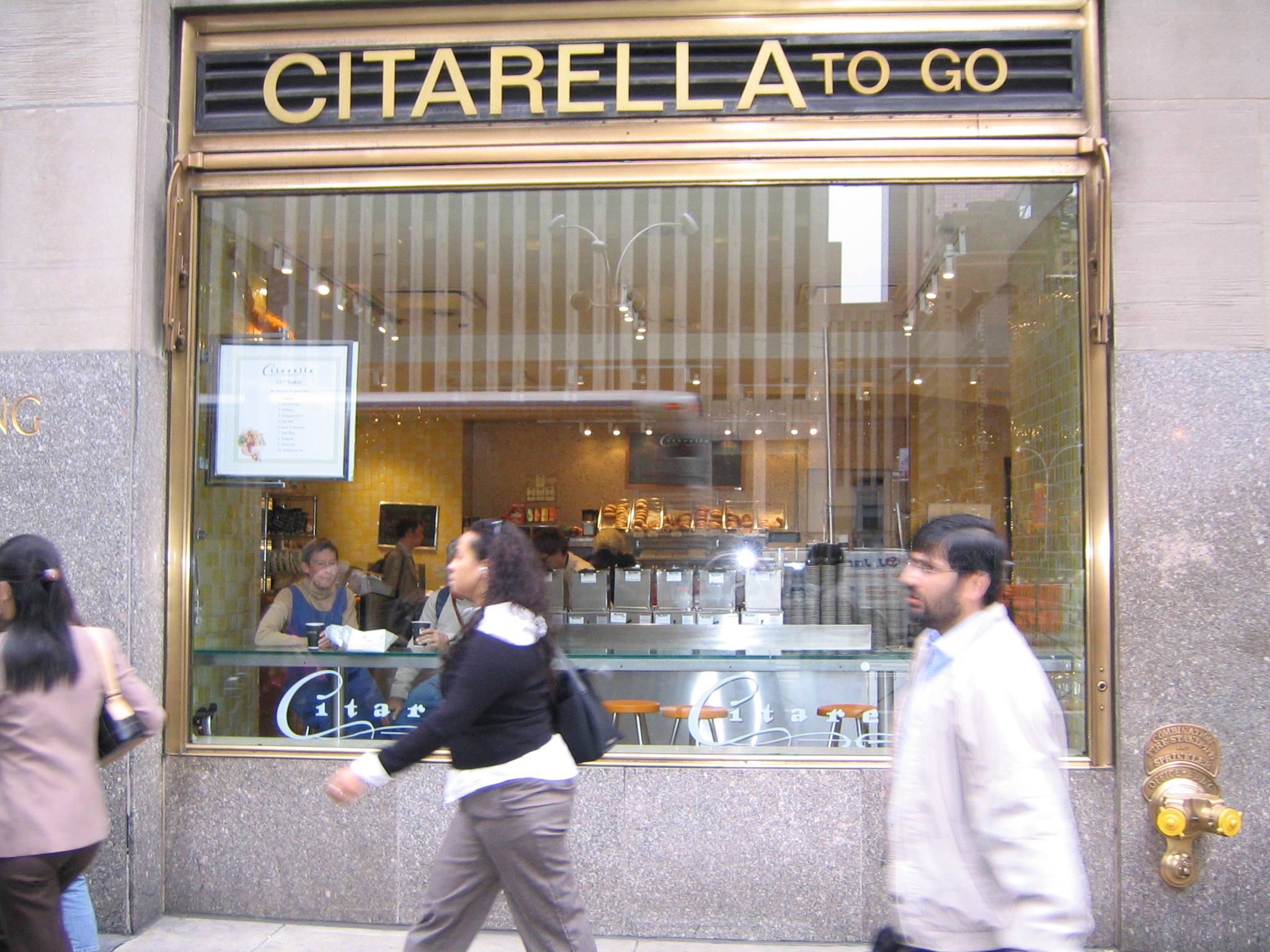 Precious to the point of being Dean & Deluca-ish, Citarella to Go is the sandwich outlet of the upscale Citarella gourmet grocery store. You know, it’s one of those joints with like fourteen kinds of smoked fish, twenty-seven types of olives and more stinky cheese than a Frenchman’s taint. The to go joint is more of the typical sandwich and by-weight type of place with some hot entrees for those of you out there who like to burn your chins off, or drop sauce on your khakis while typing IMs to your buddies and checking out the latest on You Tube. Finding a sandwich or wrap in their small arsenal without friggin’ olives or mayo in it was tough, but I settled on a chicken and avocado morsel that had neither black fruit nor egg-based grossness. I would have preferred it to be a little fresher, but it was totally edible and killed less brain sells than a hit on the rock pipe (but what doesn’t). You’d think that a place that prides itself on its fresh ingredients and fancy-pants imported stuff would know better than to keep their sandwiches sitting in a fridge for hours, but what the hell do I know? I do have to say, though, that at least the $5.99 price was right–more right than anyone can imagine in this neighborhood of eight dollar cookies. [MF]