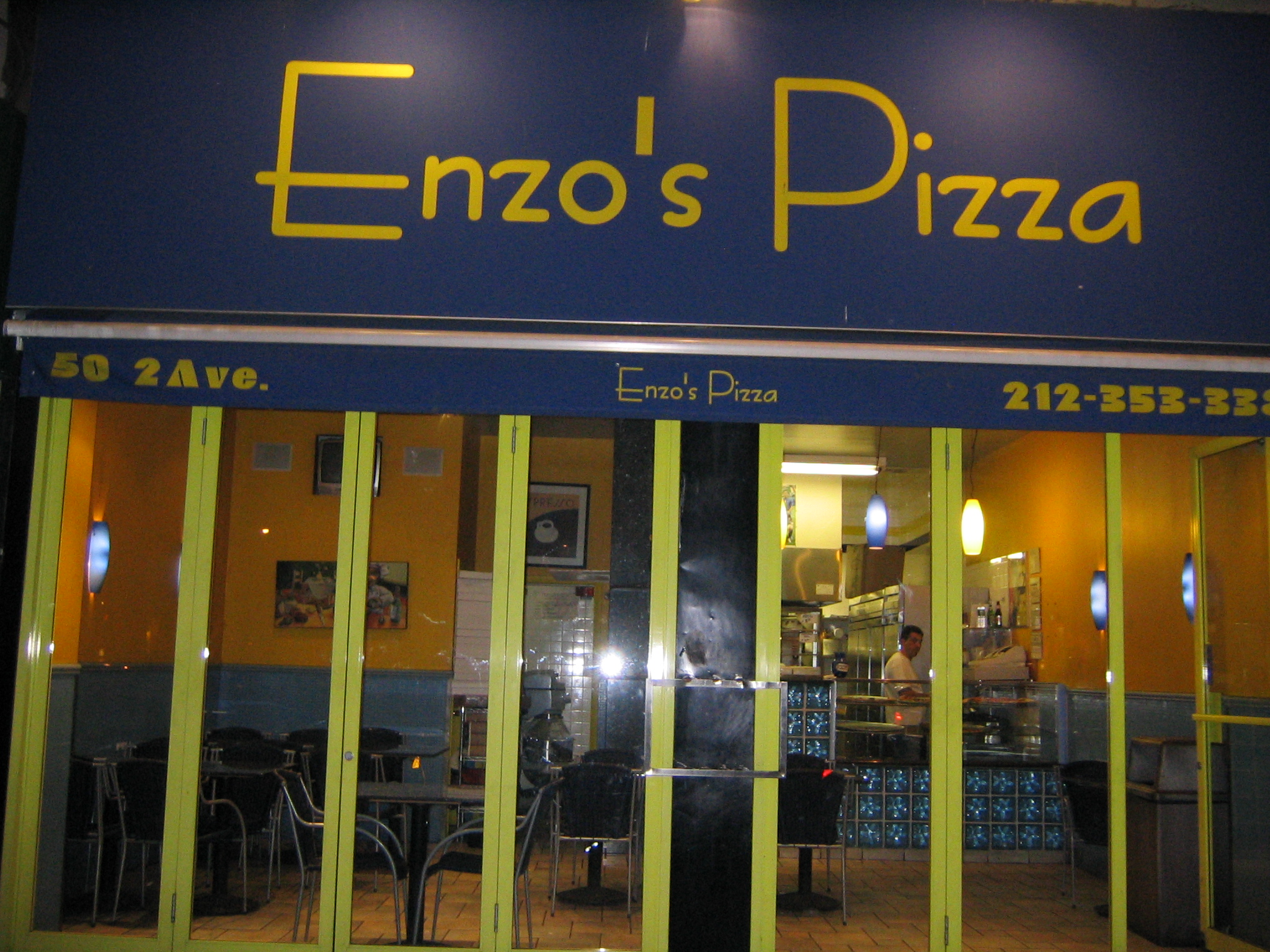 Talk about a crime of convenience. I walk right out of bar with a wicked hunger, and what do I happen upon but just the kind of joint to satiate my panicky brain receptors? The crime is that I was so fixated on semi-drunkenly gobbling my slice that I completely forgot to look around and take in the glory that is Enzo’s. From what I recall, it was a pretty small, ratty place with a weak assortment of moldering slices sitting behind a greasy, too-tall glass partition. They spent as much time decorating the space as I ever have getting my balls punched by an angry chimp in a Christian Dior cravat. That’s right, I said cravat! The slice didn’t make me want to run off and join the Mario Brothers on ice reunion tour or anything, but I didn’t barf that night, and don’t think I died from it, so it did its job as an after-the-fact stomach coater. I have a sneaking suspicion, though, that I will never darken their florescent doorway ever again. Nor will I ever let a primate sock me in the nards, but that’s another topic for another post. [MF]