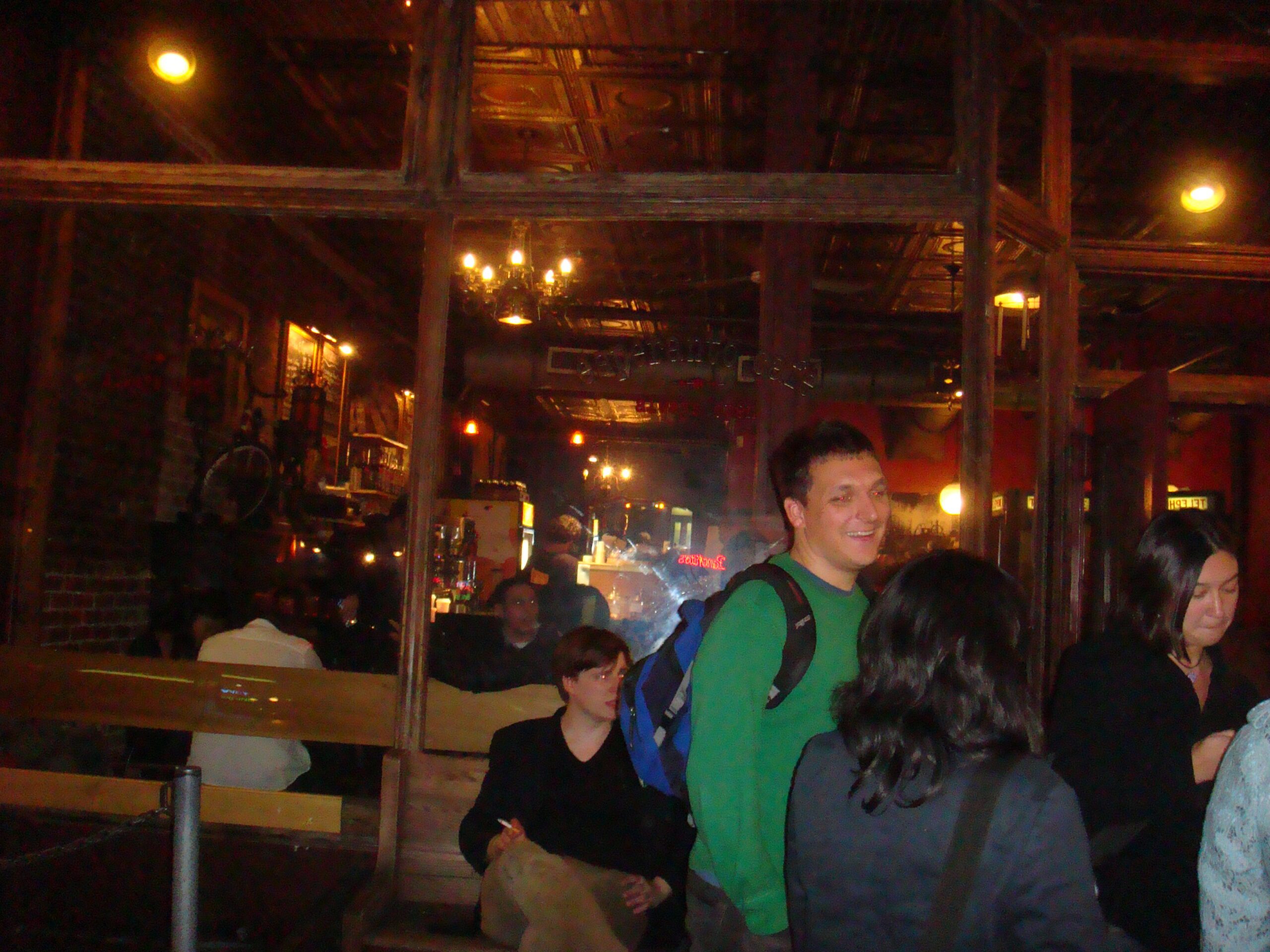 I spent a whole bunch of time in coffeehouses in my teenage years in LA. At the time it was a great place for a high school guy, or group of guys, who went to an all-boys prep school and were nowhere near legal age, to hang out and act somewhat sophisticated in front of girls. Sophisticated not in a monocle and ascot kind of way, but more of a I sit around and talk about Nietzsche, listen to cool music and by no means steal my dad’s porn and play Sega until two in the morning kind of way. In retrospect, I didn’t even start drinking coffee until I was 25, so I must have been imbibing hot chocolate or something. What a pussy I was. Well, times have changed. I have responsibilities and am old and tired and rely entirely on caffeine to bring me to life in the morning (and no longer care if some silly girl thinks I’m a sensitive, beatnik punk rocker). But, hell, I still love the idea of a coffeehouse–it’s part of my DNA. And Esperanto fits the bill with its worn wood, pressed tin and hustle and bustle, but misses the mark in terms of supplying the requisite used wing chairs, a couch that would be too shabby even for grandma’s basement and a lame, howling junky playing Jim Croce or X on his garage sale guitar. And that, sadly, is probably why, despite being crowded when we were there, this joint is closed (literally a couple days after we were there). If you can’t keep a coffeehouse open this close to a major college campus, perhaps you don’t deserve to carry on this proud tradition. [MF]