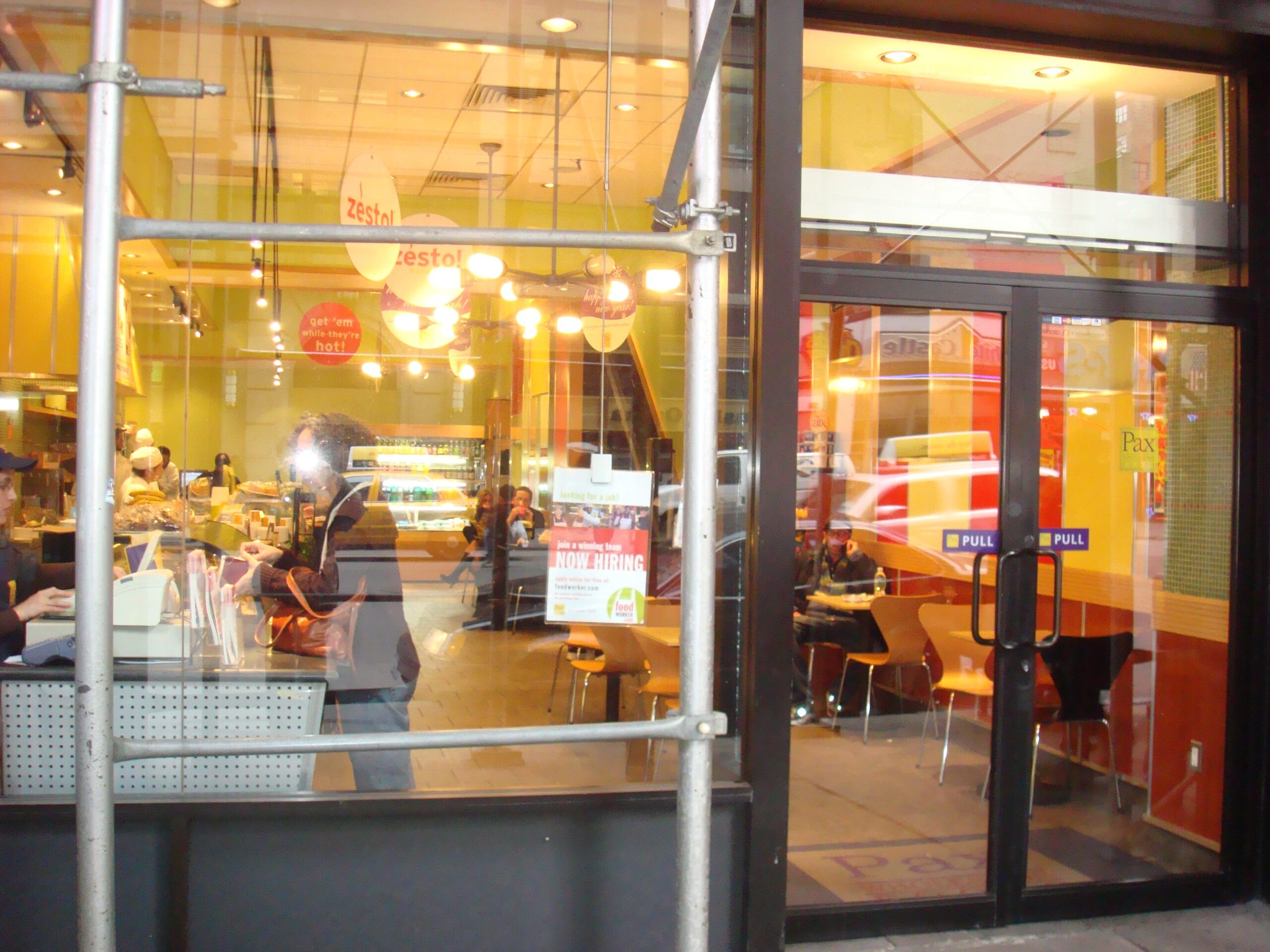 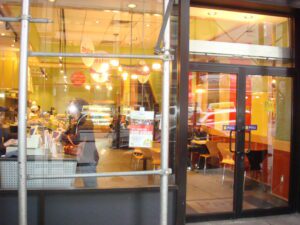 It seems a while back that I had a real problem with this place. Not this particular location, mind you, but the Pax family of restaurants in general. Their food could only be described as “stiff.” That is in the literal and figurative sense. They felt the need to somehow be “healthy” as well as fulfill the demand of the throngs of lunchtime folks looking for an alternative to Subway, Blimpie and their corner deli. What resulted was food that was completely tasteless, cold and stale, as their pre-made sandwiches on thousand-grain bread were poorly constructed and didn’t hold up well to the rigors of eight hours of refrigeration prior to purchase. Somewhere along the way, the era of the lunch smorgasbord joint came into being, and over night four hundred places were doing the Pax thing, but with more quality, more variety and in sunnier confines, ultimately leading to a more successful formula for the busy Manhattan worker bee. Bowing to the pressure of a dated business goal of serving “health food,” Pax clearly overhauled their menu and proceeded to serve up the exact same sandwiches, paninis and whatnot as other chains like Café Metro and their many offshoots and copycats. Looking back of my review of another Pax location, I had ordered something with alfalfa sprouts on it. I don’t think there was a single sprout anywhere in the joint when I went there last time–they were way gone. Instead I got a pretty stock smoked turkey sandwich with brie, lettuce and honey mustard on decent bread that was made with a minimum of flair and the sort of low-grade turkey that makes Boar’s Head seem like the gold standard. At $6.25, it wasn’t a terrific value, but at least its relatively puny size didn’t make me feel like a gross cow after finishing it. [MF]