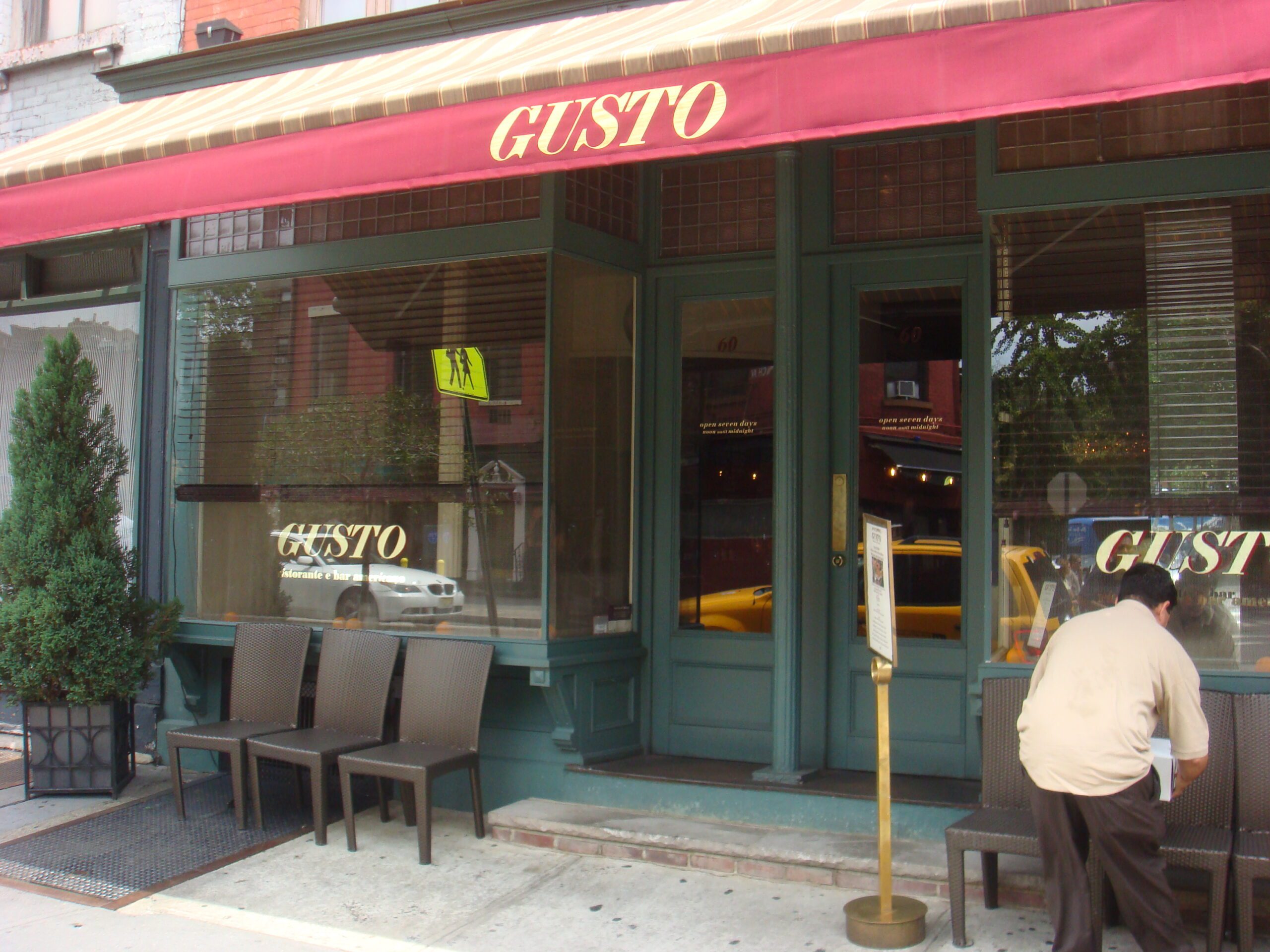 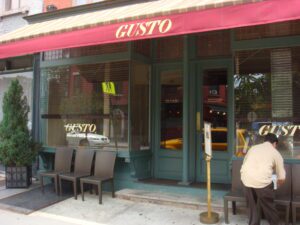 When I was growing up Italian restaurants had Chianti bottles in that straw basket thing with candles sticking out of their necks at every table. They were dark and warm and I got to pick the red wax from the checked tablecloth. You had your choice of spaghetti or pizza and that was it. Then the ultimate cross-over food, fried calamari, came along and changed the face of Italian dining as we know it. What we’re left with is celebrity chefs, modern architecture and the ubiquitous squid. Like this place, they have become indiscernible from the trendy pan-Asian joints and the ever-popular new-American catchall (which we all know means that hey serve a bunch of different stuff that will ultimately cause your wallet to scream for mercy). It turns out that this place is as Italian as I am (0%) and almost as empty (5%). It certainly wouldn’t have been my first choice for a workday lunch, but apparently the ex-co-worker who took us all there had some scratch invested in the place. Now he has no job and an Italian-ish ghost town suckpit on his hands. Ah, hindsight. My steak strips were serviceable, and, ultimately, there was absolutely no calamari on the menu. The appetizers–fried artichoke, zucchini flowers and soft shelled crab–were the best part of the meal, and were actually pretty damn good, but if there were really no such thing as free lunch, I think I could have lived out the rest of my life without Gusto and been okay with it. [MF]