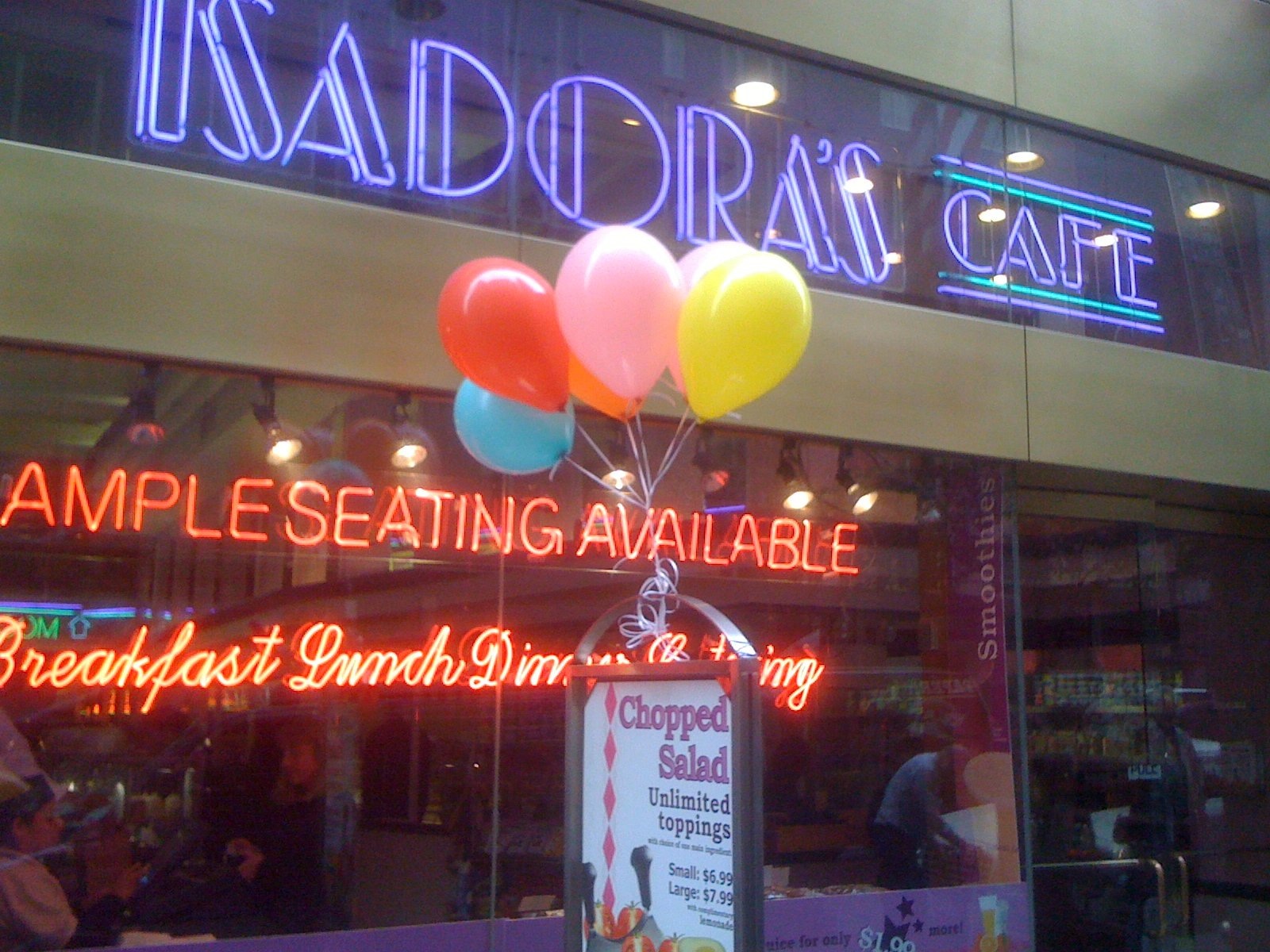 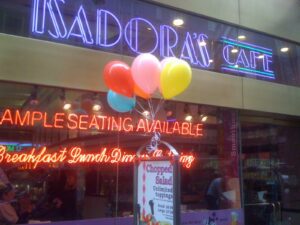 I don’t know who this Isadora is but she makes one shitty sandwich. The shame is, her staff is nice and friendly and it seems that despite the clown balloons and lame neon font that they generally have their act together. There’s just that matter of the Grilled Chicken Breast “Classic” Sandwich that I ordered. Classic can mean a lot of different things (I checked that out on dictionary.com), but I’m assuming because of the toughness of the bread and coldness of the chicken that they’re using the adjective to describe classic in the sense of being really fuckin’ old. Seriously, the thing was practically inedible. I chewed through the roll, which was akin to gnawing a toasted Nerf football, finally gave up and left a husk of bread and instead concentrated on the chicken, which had the consistency and texture of a flayed rubber Rick Baker prosthetic. I suppose it sort of tasted like chicken, but then again doesn’t everything that isn’t bacon? Crap food served with a pleasant smile is still just crap food. [MF]