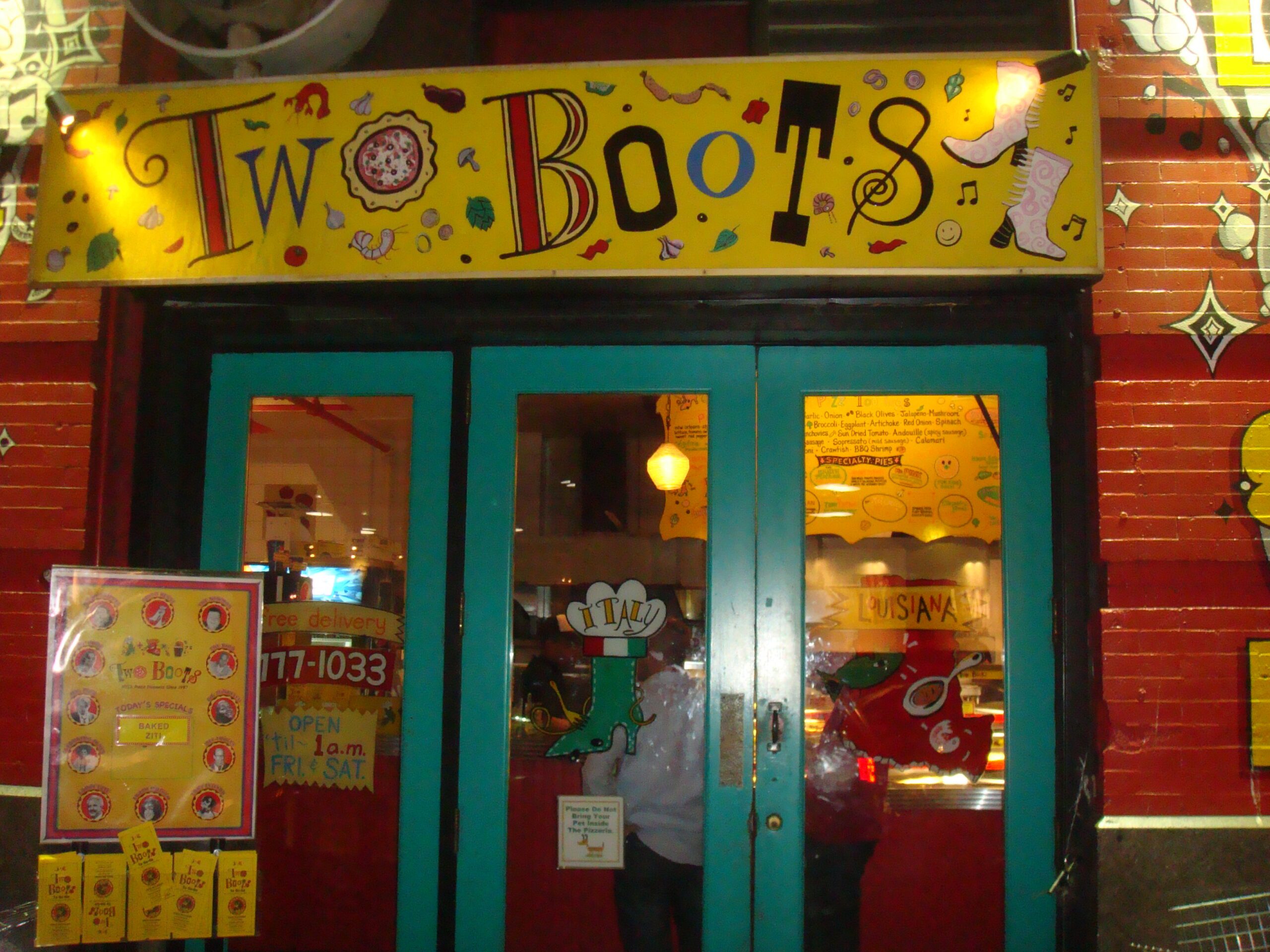 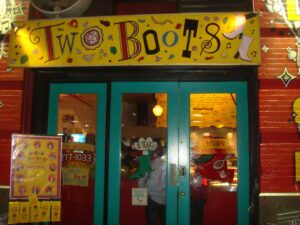 Two Boots is way dangerous to eat while you’re drunk. Normally all you have to worry about with regular pizza is the hot cheese sliding off the crust and burning the crap out of your chin. Mixing Two Boots’ cornmeal crust and diminished hard palate sensation makes for not only heat-induced danger but also the cheese grater effect that this pizza tends to inflict. My slice of Tony Clifton would have actually been awesome with one of the 27 beers I had imbibed that day due to its Cajun spiciness and just general awesomeness, but alas I was stuck with some Coke Zero or Barq’s or something. Being the kind of thin crusted pizza with a weird amalgam of toppings, including red pepper pesto instead of tomato sauce, I find their pizza to be way better when it’s fresh than if it’s been sitting around for more than like two and a half minutes. So when you have been drinking and need to stop to for a couple ticks to gesticulate wildly and argue about whether they really blew up the city at the end of Fight Club, your slice can go from hero to zero in an Andy Kaufman freakishly bizarre moment. Luckily on this night, with al of us squeezed into the one small booth they have there (after all it is called To Go-Go) I had no space to actually flail my arms and talk about Brad Pitt, so I chowed my slice with gusto in plenty of time to keep the cheese melted and the toppings and sauce hot. And though the roof of my mouth throbbed for at least a half hour afterwards, I think we all walked away happy that at least we didn’t burn the crap out of our chins. [MF]