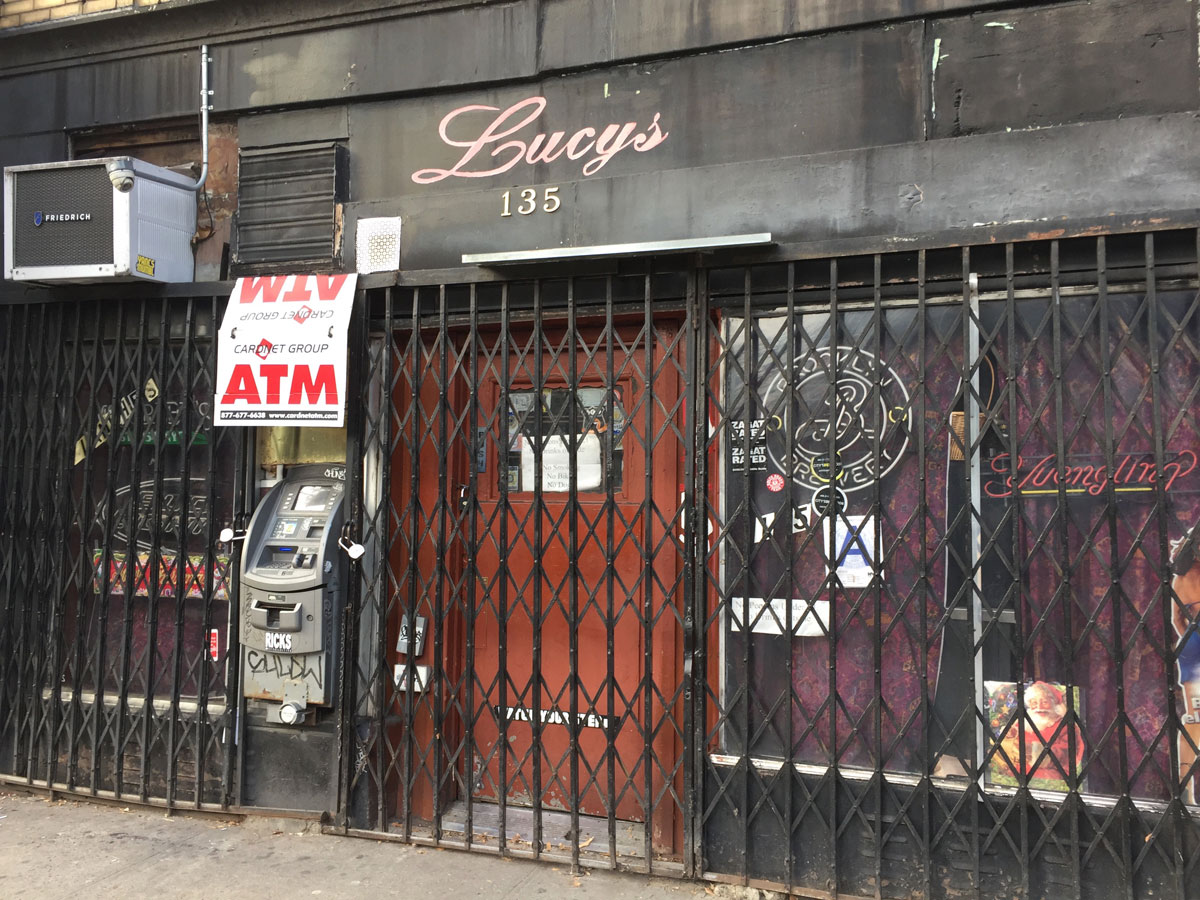 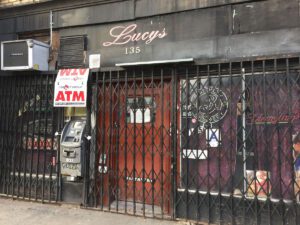 A classic East Village dive by any definition, Lucy’s has been a mainstay in the neighborhood for three or so decades now. A joint that is seemingly down-and-out, but is run like a family business that just so happens to look like a fraternity basement invaded by a punk band.

And that family atmosphere, like some of the other downtown bars of old, is due in large part to the woman’s name over the door. Lucy was apparently a bartender at the bar before she took ownership in the 90s at some juncture. Frankly, having moved to NYC in 1995, I have no recollection of the first or last time I walked into the dark confines of this almost perfect dive, but she was no doubt behind the bar slinging American beers and shots of American whiskey. If she wasn’t hocking some suds from her homeland of Poland.

Shit, there were many foggy nights back then that I may have been here or may have been at another Eastern European bar, Blue & Gold . My ear — especially in whatever condition it was in — was definitely not tuned enough to discern between Polish and Ukrainian. But the vibe at both is similar. Classic dinginess, but in the best possible way. Because back then, before the days of craft beers and bespoke cocktails, these are the places where we hung out. The almost backroom nature of them; practically windowless and only meant for late-night slurred drinking.

This is mostly because rolling in here at the beginning of the evening, faced with graffiti, empty kegs that have to be violating multiple fire regulations, a pool table battling for space in the tiny room, beat-t0-shit linoleum and a juke controlled by the drunks who beat you to the punch could be somewhat off-putting to a group freshly showered and stone-cold sober. But, after the sun goes down, the booze has been flowing and you’re looking for something to satisfy the bad boy in your soul, this used to be one of those places that really scratched that itch. Especially when the kindly old lady (who seems like she’s always kind of been 75, even though she was probably my current age when I first laid eyes on her in the mid-90s) treats you like she serving her grandchild that Pabst and shot of Jack that she has so kindly passed from behind the bar.

Now, I imagine, like everything else in the East Village, that this place has become almost a museum of sorts, meaning that the crews coming here are doing it more as an oddity or a curiosity and less of a regular experience, but at least it hasn’t been turned into a Starbucks or farm-to-table restaurant. I just hope it survives for another 30 years, so I can come in at Lucy’s age and tell stories about how things used to be.