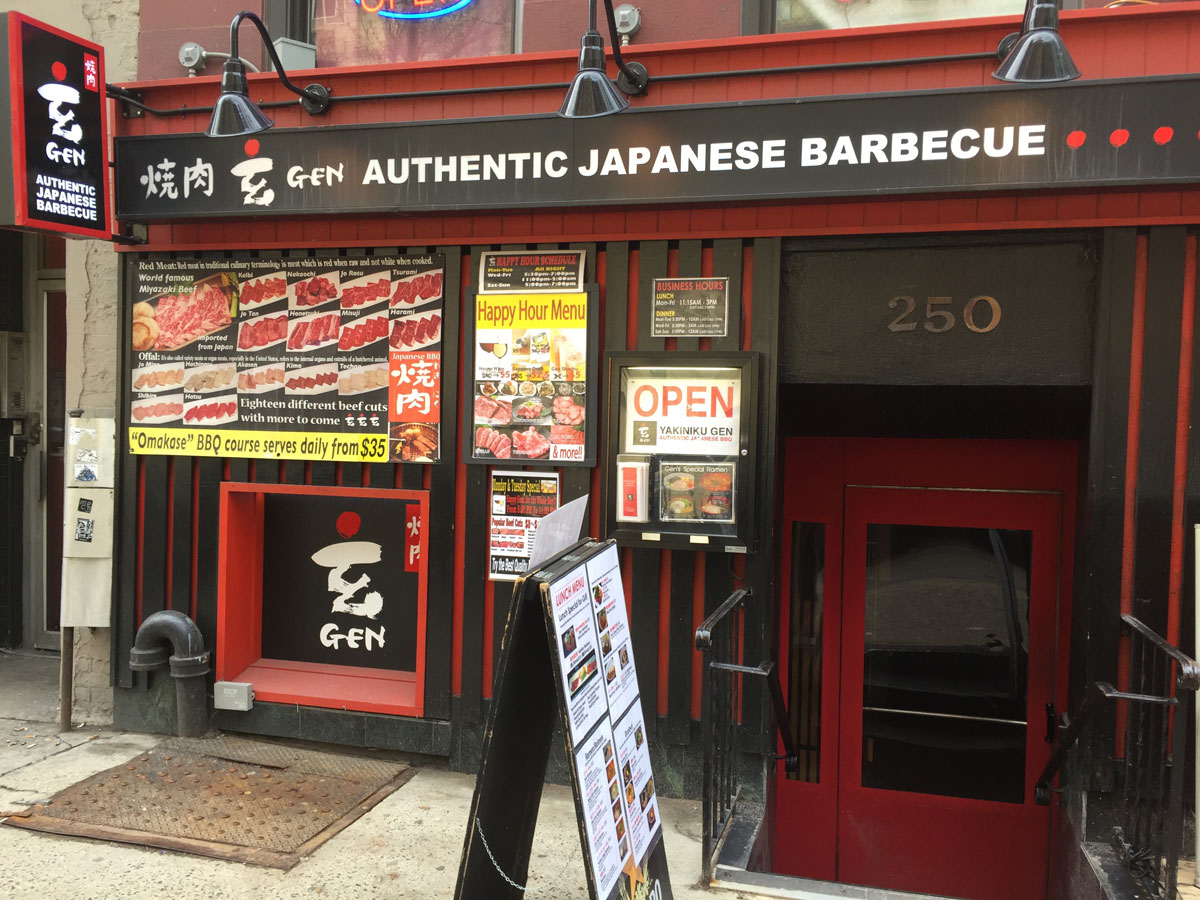 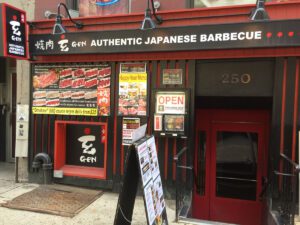 Sometimes there are places you just can’t help but walk in to. Like this subterranean joint, Yakiniku Gen, which advertises Japanese barbecue. I mean eating underground is never an appetizing proposal, but one can hardly go wrong with anything Asian and barbecue. Korean, Mongolian and Japanese, apparently. So I got sucked in by the promise of something a little different, but ended up ordering not even something in that bbq realm.

First, I walked in to what felt like the saddest bar in the saddest Holiday Inn in the saddest town in the saddest country. Six high chairs around a tiny l-shaped bar with one small flat screen playing a college basketball rerun form 1997 and a wall of mirrors making a feeble attempt to make the space feel larger than a walk-in closet in a low-end mcmansion. I ordered my lunch to go and stood there taking in the sorrow. And until writing this review, I had no idea that there was anything more to this restaurant than what I saw in that little windowless room. It certainly ain’t large, but they do have some rooms in the back with traditional Japanese decor and those little grills in the middle of the table on which you can cook your own meat.

The one thing with eggs is that they don’t really travel well. The moment they hit air, they get less good. They are perfect out of the pan, but then they degrade quickly. By the time I got the small bowl of stuff back to my desk, the eggs had taken on a bit of a rubbery quality. But, weirdly, it wasn’t wholly unpleasant. Combined with the long-ish onions, it ate like a bowl of eels. But very tasty ones. The chicken wasn’t overly remarkable and white rice is white rice. The whole experience was a little odd, if I’m gonna be honest. But I didn’t hate it. I’ve never gone back, of course, as I could get some sweet bulgogi for the same price and get a similar, but way more satisfying experience.