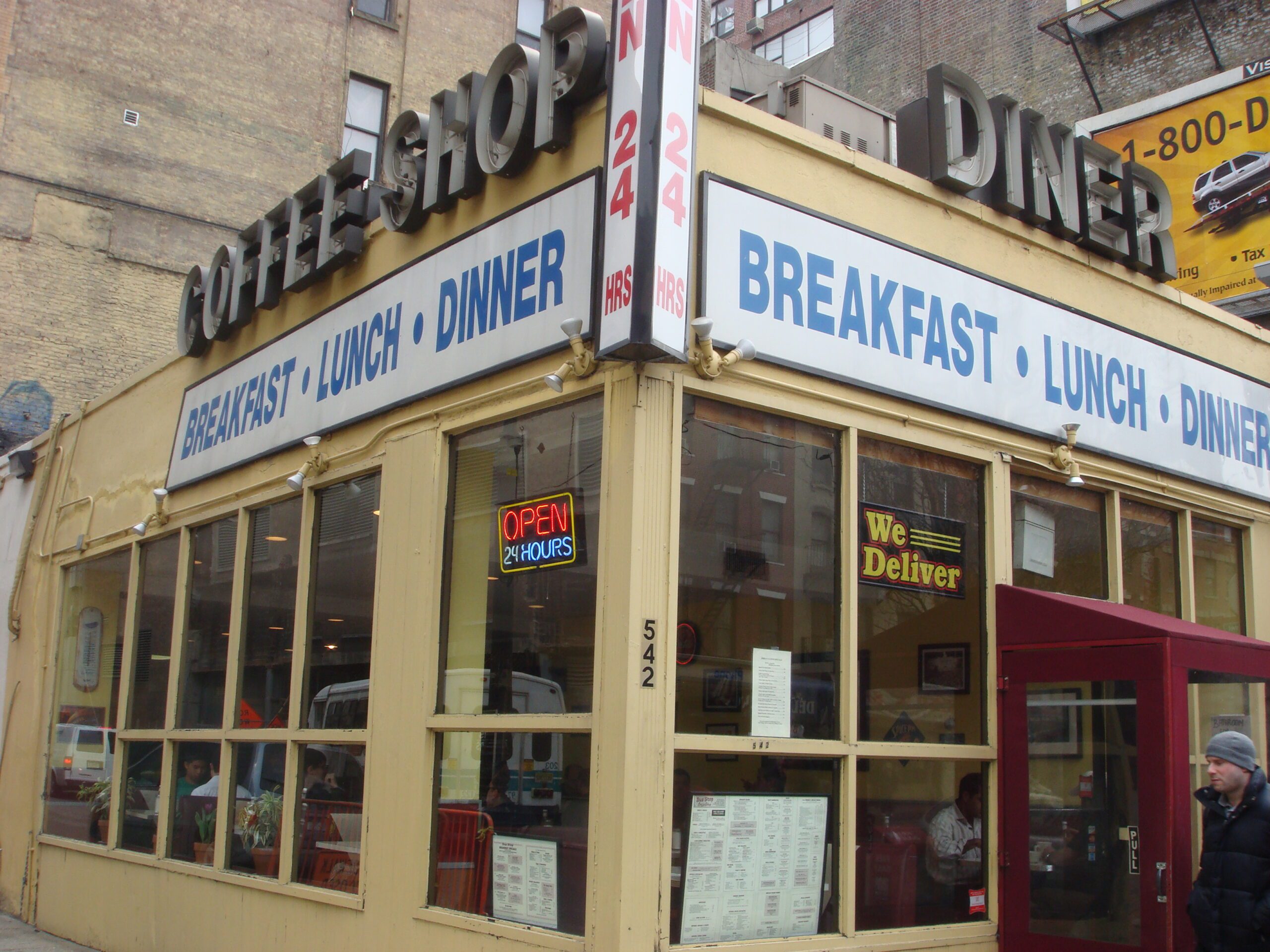 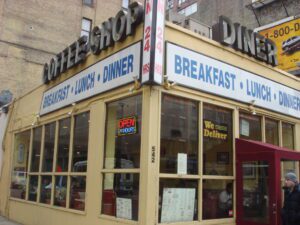 Generally I don’t like to eat anything prepared this close to 1500 idling buses, but given the proximity of my office, and the hour at which I was working at said office, this joint would have to suffice. So a co-worker and I sidled up to the counter in this amazingly stereotypical diner and ordered our grub from the grunting short order cook. He scrawled something on a cheap pad of paper that looked liked something that you’d find scratched in feces on the wall of a loony bin and proceed to throw stuff on the open grill. Looking out at Ninth Avenue and over at the roving gangs of shaky circus freaks that hang out under the ramp overpass of the Port Authority’s Ninth Ave. entrance, I couldn’t help but feel that this place was (literally) an institution. I tried to imagine the generations of diners who had contracted TB and salmonella poisoning whilst sampling the diner’s delicacies over the years. Would I be the next? Turns out the answer was no, and that my fantasies of roach droppings and rat-tails was all in my head. My souvlaki, while done with minimal flourish (and garnish), was serviceable and even tasty in bites, and the fries weren’t half bad. I still think that diner food is better eaten in house, but when that house has a view of a puddle and four drunk dudes smoking from the bar next door, one might as well chow in the privacy of their own open work space. [MF]