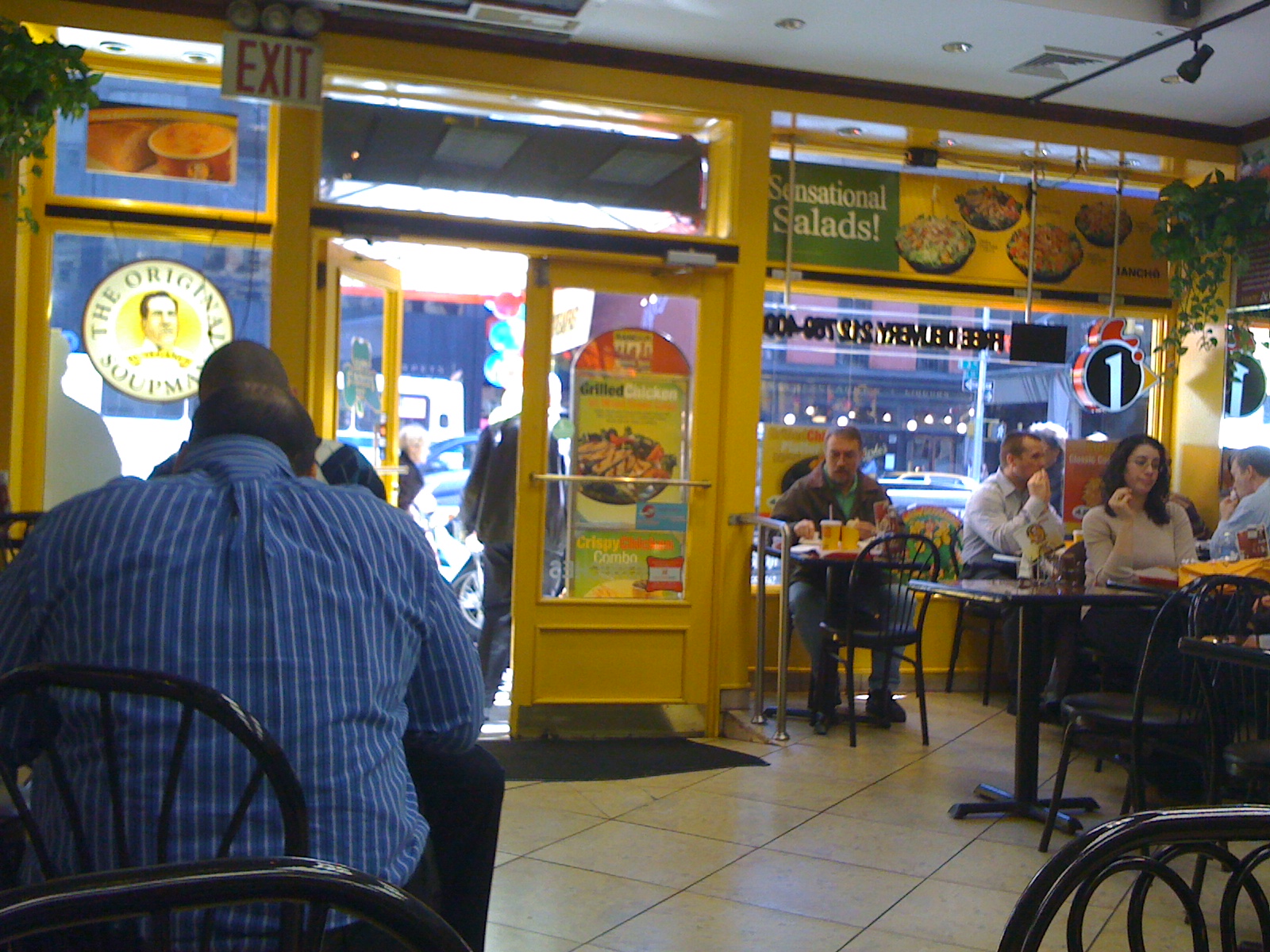 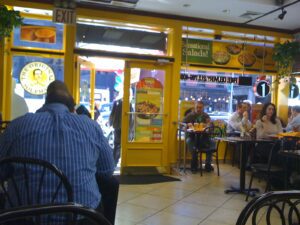 My god I used to eat a lot of Ranch 1. Way back in the day, I used to eat the chicken sandwiches and fries and just lap up the grease. And then my metabolism went south, so I ate a ton of their chicken salads. They had a dollop of goat cheese for some reason, and they made me relatively happy. And I got sick of ’em, went away for a bit and before I knew it, the Chicken Bar had taken over. And thus began the marginalization of one of the city’s greatest franchises. Granted, their fall wasn’t as abrupt and precipitous as Burritoville, but they certainly took a nosedive rivaled only in recent memory by the demise of Krispy Kreme. And like their KK brethren, Ranch 1 has been forced to shack up with other bodegas, delis and lesser franchises–like the SoupMan in this case. After running across this completely unexpected anomaly one day when trolling many blocks from my office, I decided to get the old standard chicken sandwich and paper cup of fries. 1995 this was not. The chicken sandwich was missing their trademark wet greens and almond slivers. The fries weren’t well done, with half of them burnt to little, crunchy nubs (as they should be). And the sauce, both red pepper and honey mustard didn’t have that zing they once did. Even the roll on which the sandwich came didn’t have that same sesame egg bagel quality that they used to have–somewhat like eating a flaccid Nerf ball (mmmm, Nerf). Sometimes I sentimentalize food and make it into more than it is. The sandwich was fine, but like any fast food isn’t as good as going somewhere that doesn’t make their shit on a conveyor belt. The bread overwhelms the chicken to the point that any semblance of protein becomes just a vague notion amongst the carbs. But to me, if I close my eyes, I can still see those lines outside of the Ed Sullivan Theater from my 1990s seat with what felt like the future of fast food in my hands. [MF]